Facebook has officially launched its app for Windows 10 powered desktops and mobile devices. The mobile app that was available till now was developed by Microsoft on behalf of Facebook.

The new Facebook app which is currently in beta is now being developed and published by the social network. At present, the app for Windows 10 mobile devices may sport the Facebook branding, design elements, and API access as it has been developed by Microsoft presumably to make sure that its smartphone platform had a Facebook client app, just like Android and iOS. 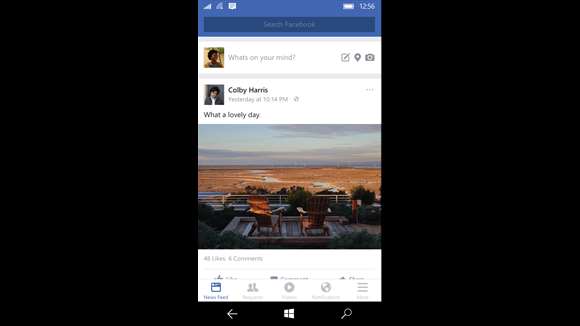