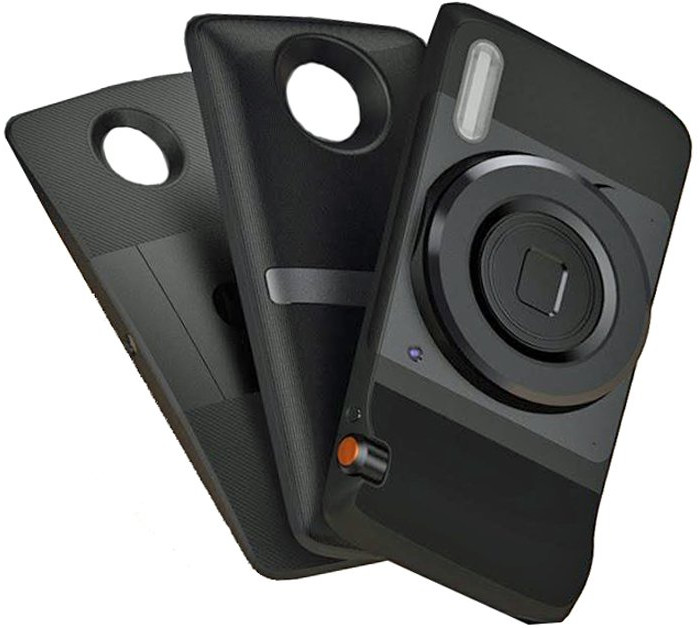 Moto Z Style and Moto Z Play smartphones will be announced at the Lenovo Tech World on June 9 in the new Moto Z series. Now the modules that are called Moto Mods have surfaced in images, thanks to @evleaks. The image shows camera grip with flash and optical zoom, but others are not visible clearly. Other mods could be stereo speakers and battery pack and there will be six mods in total. According to earlier rumors, these are connected magnetically and the protruding camera lens will be flush when they are attached. 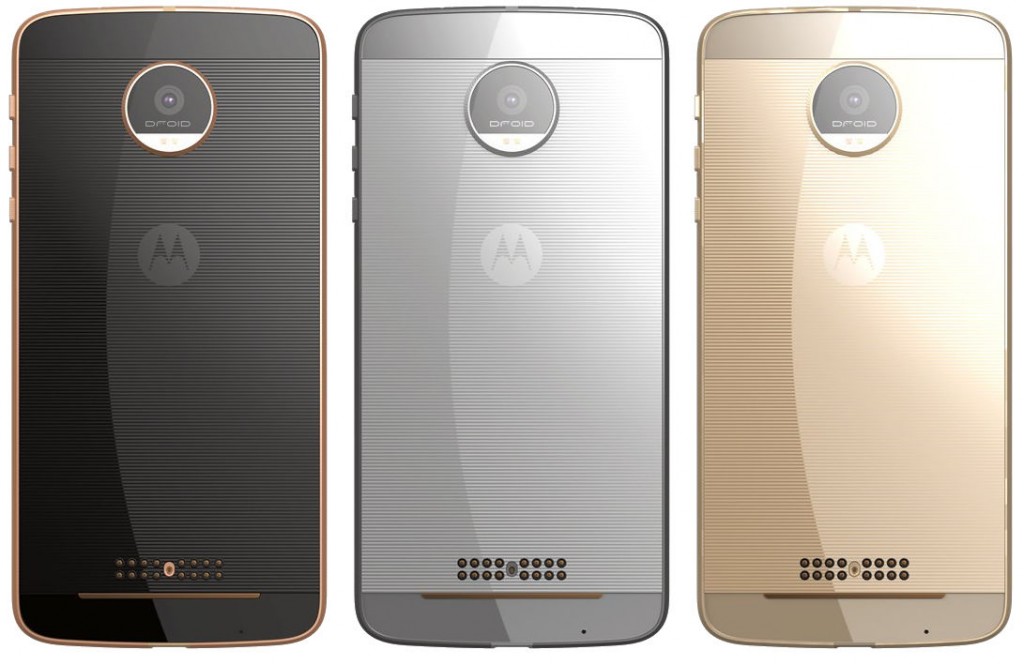 More press shots of the Moto Droid Edition phones have surfaced that shows the phone in black, silver and gold colors. It also clearly shows the 16-pin connector on the back.