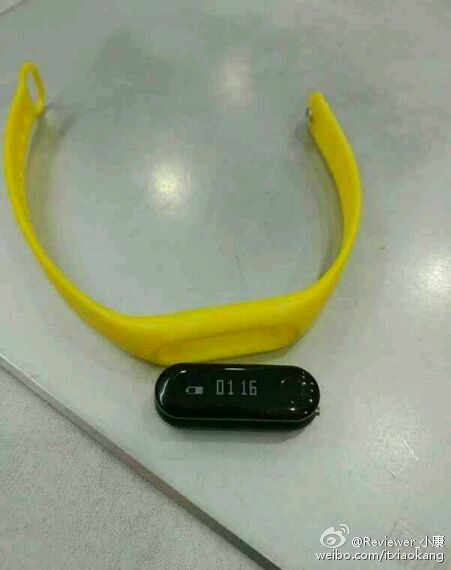 Xiaomi Mi Band 2 has surfaced again in live images. The latest leak comes a week after, the Mi Band 2 was first teased by Lei Jun, Xiaomi co-founder and CEO.

Similar to the previous iterations, the main device unit is standalone and has to be fixed into a band to wear it. The leaked image shows the Mi Band 2 with display which is placed alongside a silicon band in yellow color. Mi Band 2 shows time, battery status and it is even expected to display daily steps, BPM and other statistics. It also sports a physical button on the right side.

It should be priced a bit higher than the current and previous Mi Band due to the inclusion of the display. Xiaomi is expected to unveil the Mi Band 2 at an event on May 10 where it will announce the Xiaomi Max phablet.