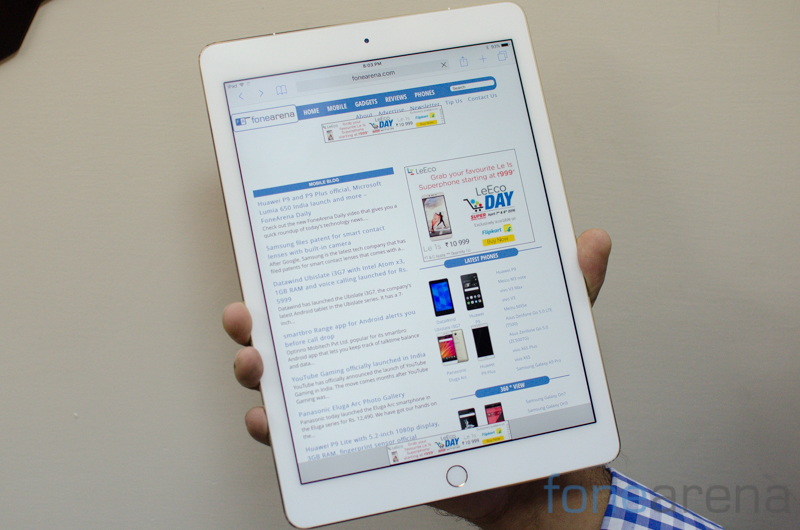 Worldwide tablet market declined yet again in the first quarter of 2016 with 39.6 million units shipped, down 14.7% year over year, according to latest report from the International Data Corporation (IDC). This is the sixth straight quarter where tablets have reported a decrease year-over-year. In Q4, 2015 tablet shipment had declined by 10.1%. 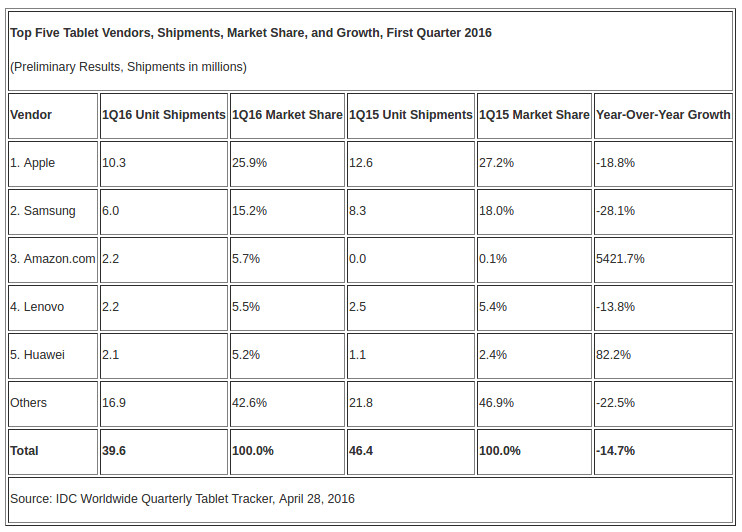 Apple and Samsung are in the top two spots, but both are losing their market shares. Apple’s iPad and Samsung’s Galaxy tab shipments were down 18.8% and 28.1 YoY, respectively.  Amazon’s low-cost Fire tablet boosted its sales, which rose whopping 5421.7% year-on-year. It has grabbed 5.7% market share and holds the same third spot, behind Samsung. IDC did not include Amazon’s 6″ Fire HD 6 tablet since it did not meet the requirements of its taxonomy.

Even Lenovo and Huawei are at the same fourth and fifth spots as the last quarter. Lenovo’s tablet shipments were down 13.8 YoY due to slowing demand for Android slate tablets, but Huawei has posted 82.2% increase in tablet shipments year-on-year.

Microsoft arguably created the market for detachable tablets with the launch of their Surface line of products. With the PC industry in decline, the detachable market stands to benefit as consumers and enterprises seek to replace their aging PCs with detachables. Apple’s recent foray into this segment has garnered them an impressive lead in the short term, although continued long-term success may prove challenging as a higher entry price point staves off consumers and iOS has yet to prove its enterprise-readiness, leaving plenty of room for Microsoft and their hardware partners to reestablish themselves.

The introduction of detachables from traditional smartphone vendors is only beginning and pose a real threat to traditional PC manufacturers. Their understanding of the mobile ecosystem and the volume achieved on their smartphone product lines will allow them to aggressively compete for this new computing segment. It is likely that those smartphone vendors will utilize the detachable segment to create new mobile computing end-user experiences if customers are using their detachables in combination with their smartphones.