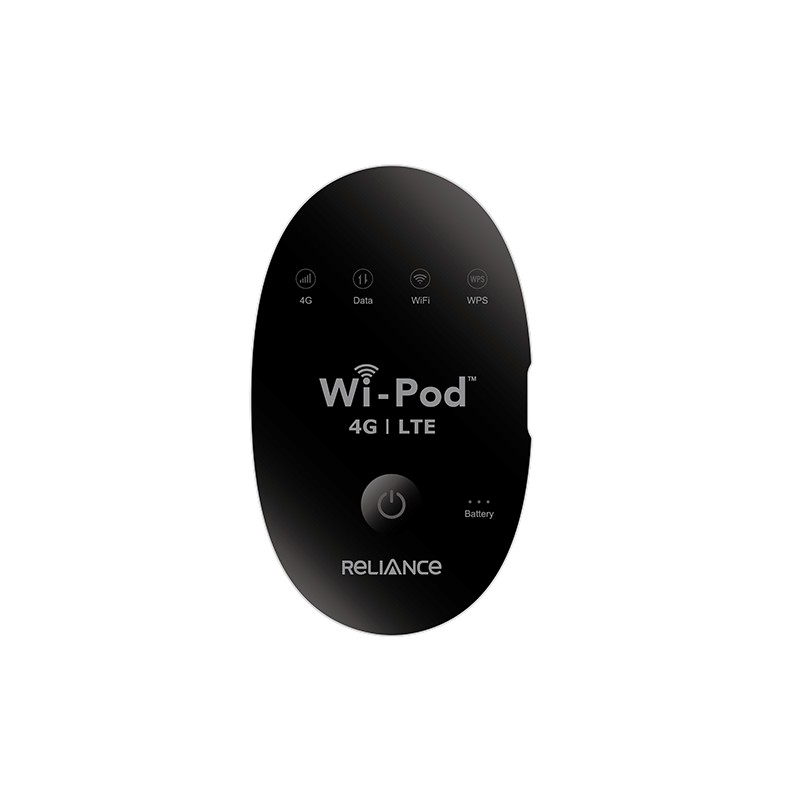 Reliance Communications had listed its 4G LTE based MiFi pocket router on its e-store. The device listing was taken down from the e-store at the time of writing this article.

The MiFi router comes with a built-in battery and sports a microSD card slot with external memory of upto 32GB. It supports all three bands on which Reliance Jio and Rcom plan to operate their LTE services – 3, 5 and 40. The Reliance MiFi device also has a built in battery of 2300mAh which the company claims to offer a backup time of around 5-6 hours. The listing read that the device is capable of delivering downlink speeds of up to 150 Mbps and uplink speeds of up to 50 Mbps through multi carrier aggregation. Also, a single unit can support 31 simultaneous users. It measures 95 x 57x 16mm and weighs 80 grams. 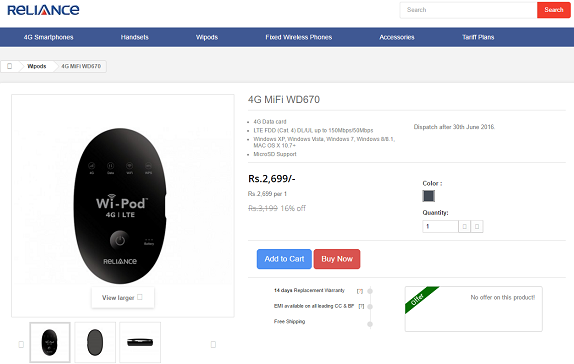 The Reliance e-commerce portal shows the price of MiFi device Rs 3,199, however, the company is offering a Rs 500 discount after which the price comes down to Rs 2,699. The listing shows that shipments for the device will start from May 25 and the company will also offer free home delivery.