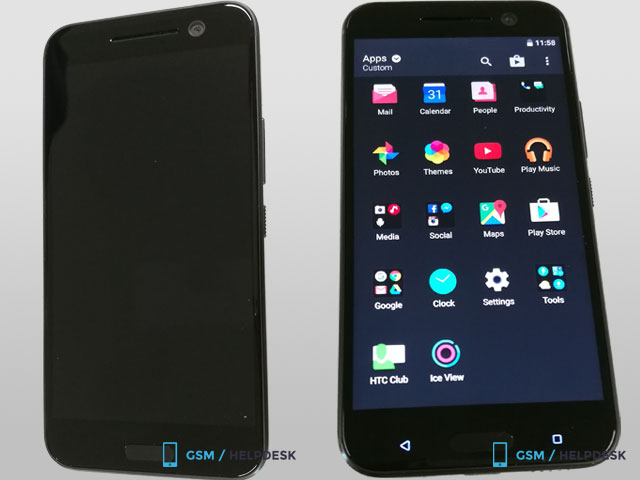 Leaks for HTC’s upcoming flagship, HTC 10 are still surfacing even as the company is set to make official announcement tomorrow, April 12.

Two live images of the HTC 10 have surfaced on Dutch site GSM Helpdesk. The images shows the front of the phone which we have also seen in previously leaked live images. There are chamfered edges on the device and a physical home button is seen with two capacitive touch buttons on either side. The physical button comes equipped with a fingerprint sensor. The speakers are built-in to the earpiece at the front and HTC has already teased the BoomSound speaker on the phone. Also present is the 5MP Ultrapixel front-facing camera, Samsung S5K4E6 sensor, 1080p video recording.

The website also says that the pre-orders for the phone will start shipping from May. Meanwhile, popular tipster LlabTooFeR has said via a tweet that the HTC 10 is going to have two main models – 2PS620000 for the International EMEA devices and carriers while 2PS650000 for US Carriers and Developer edition. The main difference between these two models are the supported networks and LTE bands.