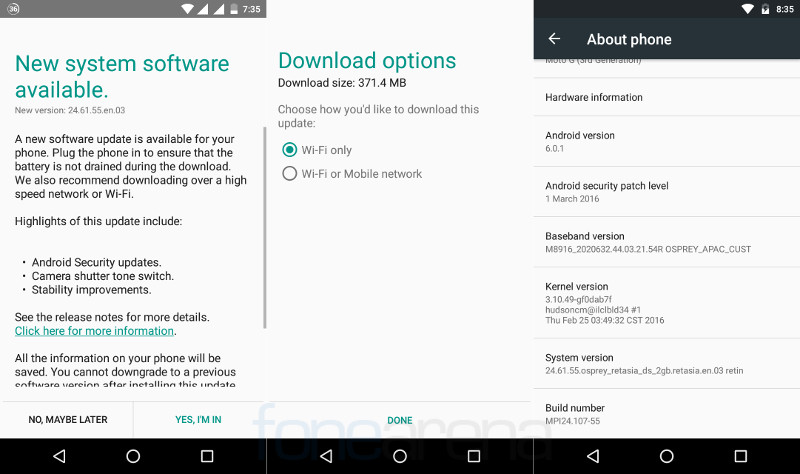 Motorola has started rolling out Android 6.0.1 update for the Moto G (3rd Gen) smartphone in India, soon after rolling out the update for Moto X Play in the country. Motorola rolled out the Android 6.0 (Marshmallow) update for the smartphone earlier this year. The changelog is same as the Moto X Play that brings back camera shutter tone switch to turn off and on the sound of the camera shutter and also launch the camera by double-pressing the power button, but the changelog doesn’t mention support for Unicode 8.0 emojis.