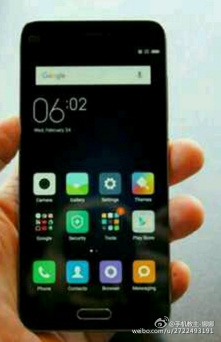 It looks like Xiaomi has a new powerful device up its sleeve. An unknown Android smartphone from the company has surfaced on Weibo (Via).

As per the Weibo post, the device is internally named as Xiaomi M2 SE and is said to have a 4.3 inch HD display. It is expected to be powered by a Snapdragon 820 processor with 3GB RAM, 32GB storage. The image which is not clear shows a physical home button below the display which could be backed with a fingerprint sensor.  In terms of design, the phone looks like Mi 5. Other rumored features include fingerprint sensor and 13MP rear camera with OIS. There is no information about the front facing camera.