Google has announced a number of features for Play Games at the the Game Developers Conference. One of the new features makes it easier for players to stream and share videos to YouTube. With the latest update, users will be able to trial select games for ten minutes before actually purchasing it. Google recently added the ability to install games from Google search results. 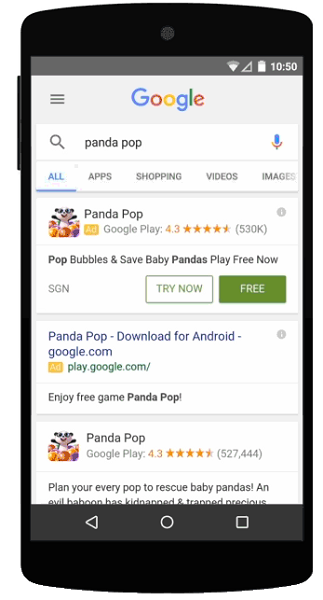 Dubbed as Search Trial Ads, the feature looks like a helpful one as you get to try the game before downloading it. Players will have to simply hit the “try now” button and the game will stream to the phone. Moving on, Play Games is adding the ability for developers to easily add video recording to their app and let users share their videos with their friends and on YouTube. It is even bringing the live streaming functionality for players to broadcast their gameplay experiences in real time on YouTube.

Game developers will be able to show video ads in portrait orientation. Google added a video recording API to the gaming SDK that makes it possible for users to record or broadcast gameplay from within the game itself directly to YouTube.  Google is also adding a new “Indie Corner” to Google Play which is aimed to highlight “amazing games built by indie developers.” Google has also announced few more developer focused features and you can check them out here.