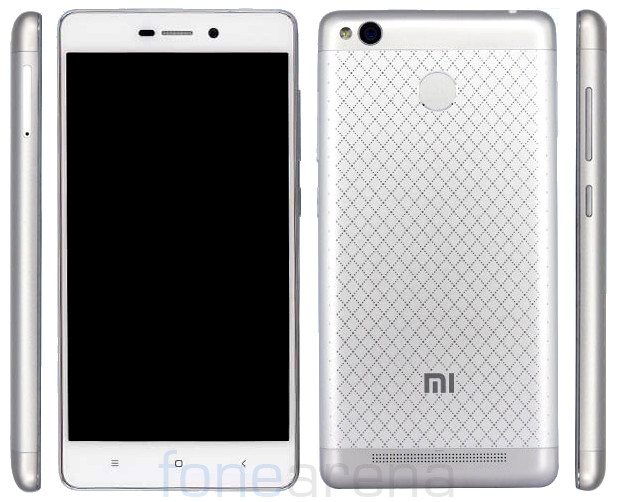 Xiaomi Redmi 3 smartphone got cerfited by TENAA in China back in December last year and it was officially announced in January earlier this year. Now a variant of the Redmi 3 has been certified by TENAA. This has almost similar specifications as the Redmi 3 and also includes a fingerprint sensor on the back, similar to the Redmi Note 3.

It also reveals a 3000mAh battery, instead of 4000mAh battery on the Redmi 3, but it is highly doubtful since the weight remains the same.

The upcoming Xiaomi Redmi 3 variant will come in in Grey, Silver and Gold colors. It is expected to be announced officially in coming weeks and could be called the Redmi 3 Prime.