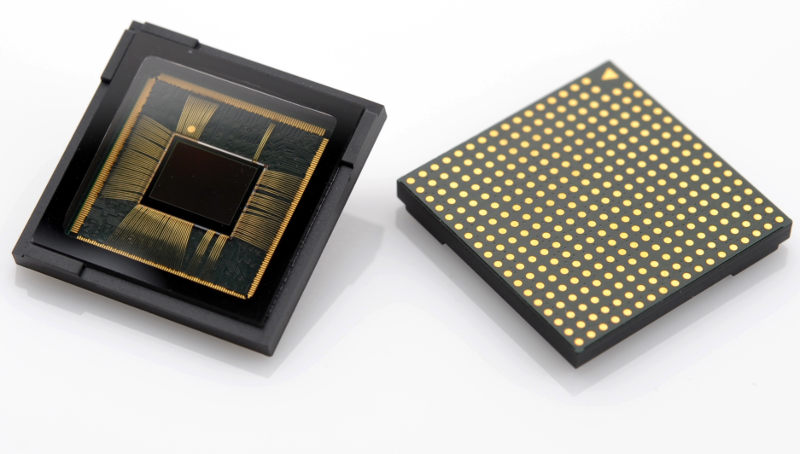 Samsung introduced its new 12-megapixel image sensor with Dual Pixel autofocus technology in the Galaxy S7 and Galaxy S7 edge smartphones that were unveiled last month at the MWC 2016 in Barcelona. It already revealed how the Dual Pixel technology works, now the company has official announced the sensor and also detailed its specifications. 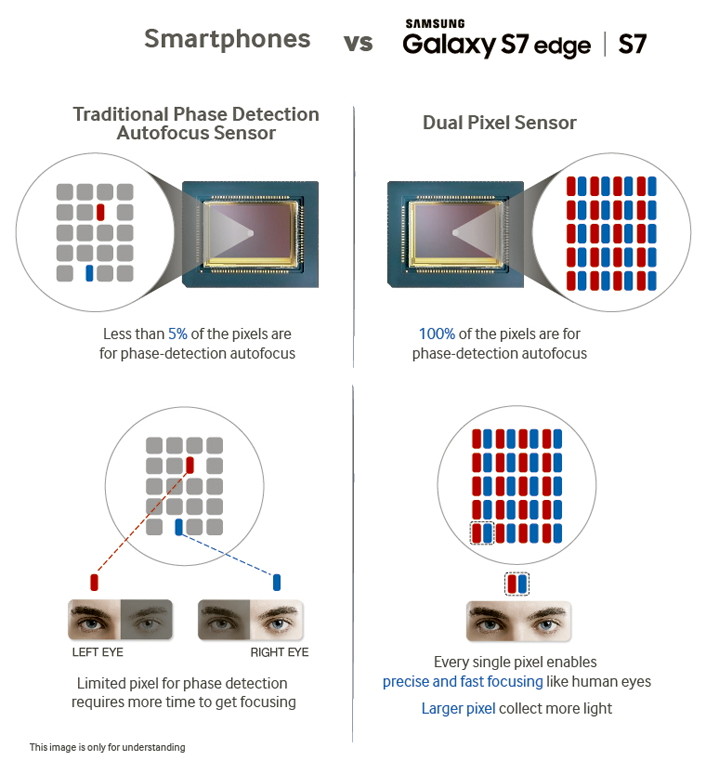 The 1.4μm-pixel-based image sensor with Dual Pixel technology enables rapid auto-focus and premium image quality, even in low light situations. This uses two photodiodes located on the left and right halves of a pixel, while a conventional image sensor dedicates less than five percent of its pixels, with one photodiode each that converts light particles into measurable photocurrent for phase detection.

As each and every pixel of the Dual Pixel image sensor is capable of detecting phase differences of perceived light for significantly faster auto-focus. The sensor also has Samsung’s ISOCELL technology, which isolates the photodiodes in each pixel with a physical wall to further reduce color cross talk, maximizing the image sensor’s performance.

It is built with chip-stacking technology that stacks a 65 nanometer (nm) sensor and 28nm logic chip for capturing better images compared to other smartphones. The sensor is already in mass production and is currently being used only in the Galaxy S7 and S7 edge smartphones, but Samsung might use it in premium phones in future.