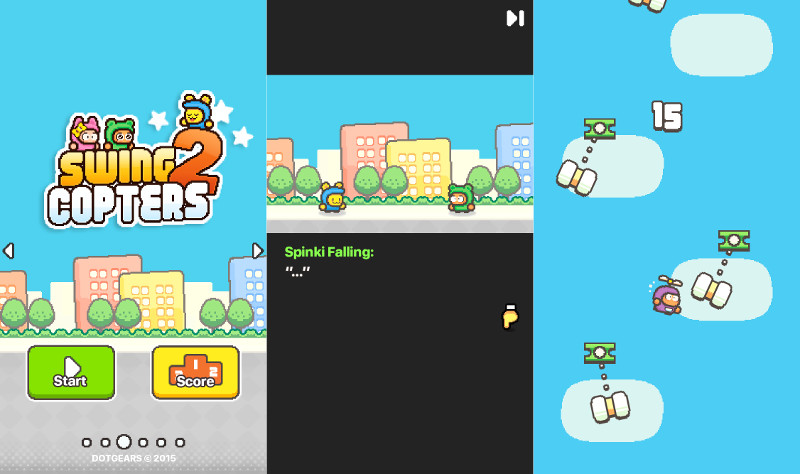 Flappy Bird creator Dong Nguyen’s .GEARS released Swing Copters game for Android and iOS platforms last August, now its sequel has arrived for both the platforms. In this game you need to control a pilot equipped with a copter-hat to fly through obstacles to get points, similar to the first one, but this adds new obstacles such as swinging hammers. It also has more characters and there is a story for them, but this game will be much more challenging, says the team.

“The story was put bit by bit during the development, and some parts were based on our life events. The basic idea is to provide something funny, so people don’t get too frustrated. Sometimes story was improved when a new cool character was created. Most of the script was written by Trung Vu,” said Dong Nguyen.

You can unlock a character by gaining medals or by stocking points. There is also in-app purchases so that you can pay to unlock. Each time you unlock a character, you also unlock an item in collection box which is a short and funny conversation between characters. To master a character, you’d have to collect all four medals from bronze to platinum using that character.

Characters have three stats: Up Speed, Swing or Horizontal Speed, and Handling.