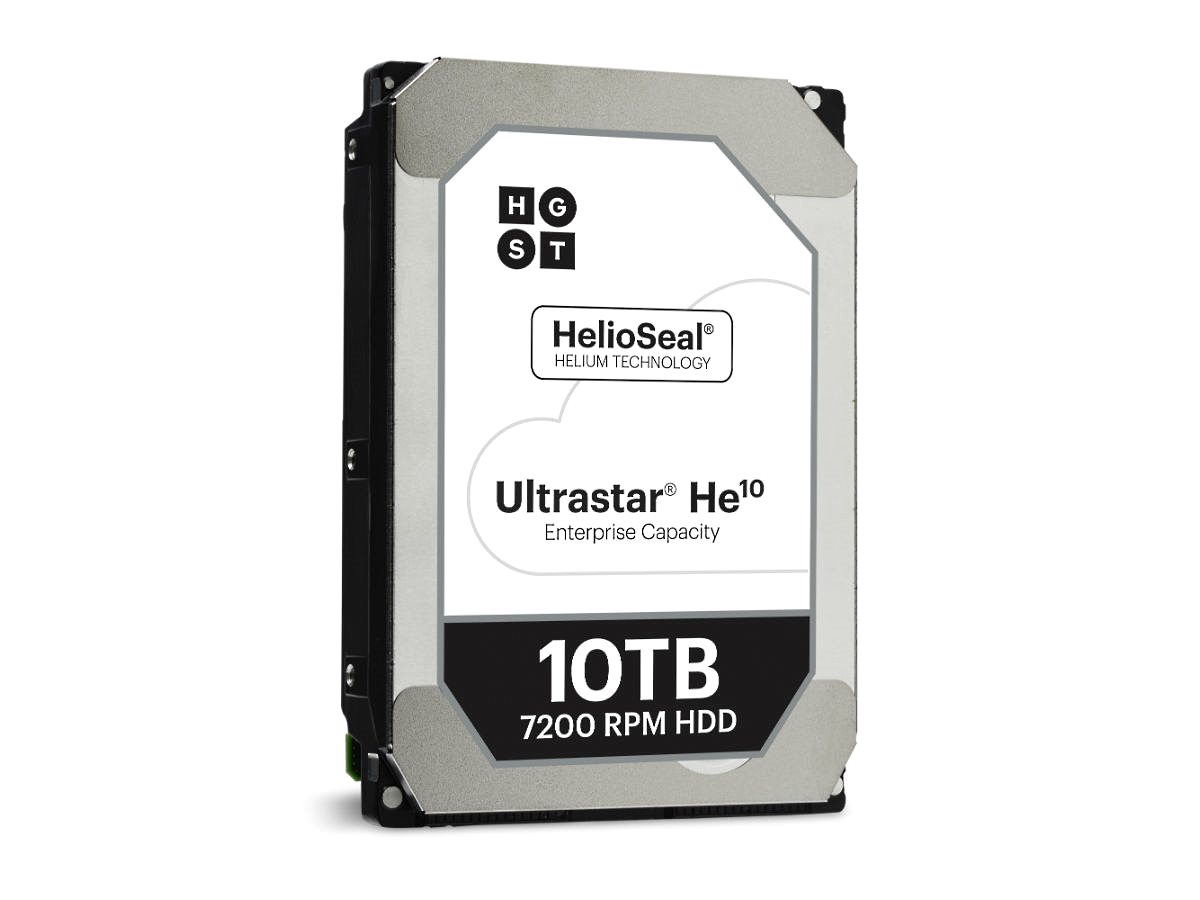 HGST, a Western Digital subsidiary, has announced that it is now shipping world’s first helium-filled 10TB perpendicular magnetic recording (PMR) hard disk drive (HDD). However, it is not the first 10TB helium drive by the company, as it earlier introduced a 10TB shingled magnetic recording (SMR) drive in June this year.

Dubbed the HGST Ultrastar He10 is company’s third-generation helium drive with 25% increase in capacity over the previous generation. The firm had introduced the 8TB Ultrastar He8 in late 2014 and the Ultrastar He6 6TB HDD in November 2013. Also, earlier this year Seagate introduced an 8TB drive, but with shingled magnetic recording (SMR).

In PMR, the magnetization of each data bit is aligned vertically to the spinning disk, while in SMR magnetic tracks overlap to increase capacity. The downside of SMR is that rewriting takes long as it uses parallel track layout.

“Our HelioSeal platform has defied next-generation expectations around capacity, reliability and power in HDDs,” said Brendan Collins, Vice President of product marketing, HGST. “We were the first to recognize the benefits of Helium and have pushed the boundaries while others are scrambling to catch up. The Ultrastar He10 represents the third generation of our HelioSeal line. It redefines enterprise capacity HDDs, showing the industry where storage devices need to go, to stay in front of the future that data growth is hurtling towards.”