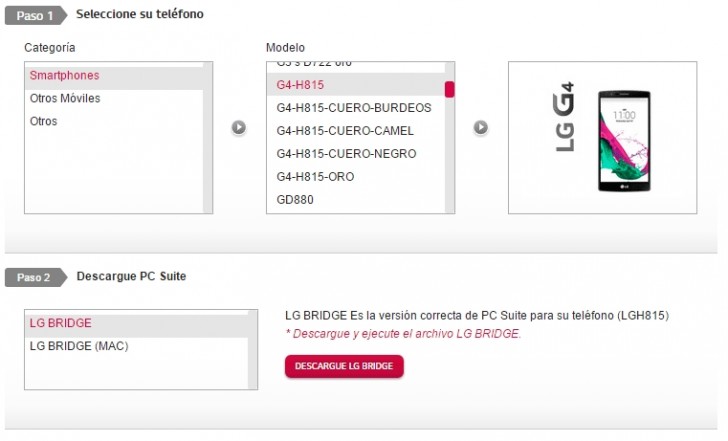 The update is around 1.55GB in size and is available for users to update onto their phones via LG Bridge. LG Bridge is a software for computers that allows users to sync their phone’s contents onto the computer and vice versa. So far, most of the users who have been able to successfully update their phone have been from Germany and own the model H815.

There is a list that is rumored to indicate the first stage rollout regions and models. This can be seen below although we aren’t sure just how accurate it is

The update to Marshmallow brings quite a few improvements and changes such as Doze, permissions etc. But it also updates the Knock code feature and renames some apps an refines others. Have you been able to get the update for your G4 yet? If so, do let us know your impressions in the comments section below.