Just yesterday, Vivo teased it’s upcoming device called as the X6. Now, the Chinese smartphone maker has released another teaser that confirms that the X6 will sport a 4GB RAM. 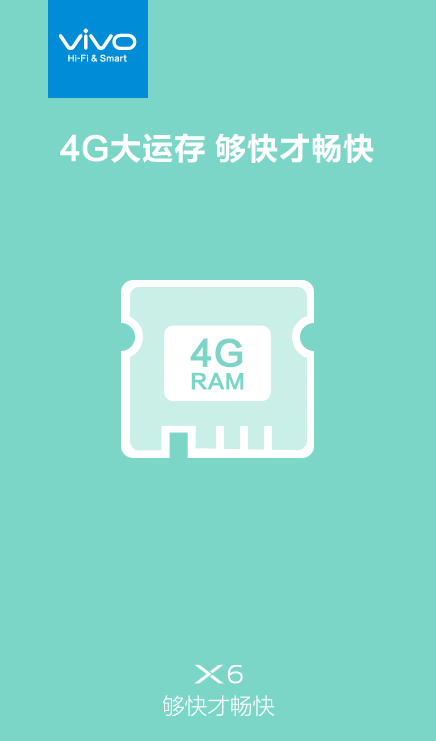 Vivo has shared an image on their official Weibo (Chinese social network) account which directly confirms that the phone will sport 4GB of RAM. The image that has a small animation suggests that the X6 can take in more apps thanks to the 4GB RAM. However, the company is still keeping mum about the highlight feature of the phone that is the 1GB of dedicated graphics memory.

As stated yesterday, the X6 is stated to sport a 6-inch QHD (2560×1440) display and will be powered by a MediaTek Helio X20 SoC. Other features include 4GB RAM, 32GB internal memory, 21 MP rear camera with dual tone LED flash as well as a 12 MP front camera. The phone that will run on Android Lollipop 5.1 is said to have a dedicated button for taking photos.  Vivo X6 comes in five colour variants – white, black, silver, rose gold and gold