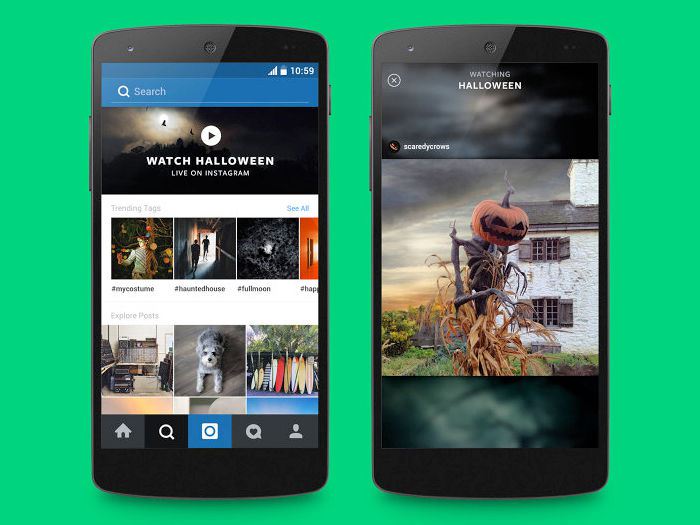 The folks at Instagram tested it out during the past weekend as it was Halloween. There was a pop-up at the top of the app that said “Watch Halloween’s Best Videos” and a button that said Watch Halloween.

Once a user clicks on the link, they are taken to a video only page that is free from any other information so that the user can have an immersive experience watching the videos. It is more immersive since there are no buttons or text or number of likes present to distract you from the video itself.

The app will keep playing videos one after another based on the popularity of the content. Users were basically asked to use #IGHalloween to submit their video and then a team at Instagram curated those videos who added the videos for around 24 hours. This was the first trial run and similar runs are expected to happen during other events and holidays. Instagram is also planning for grander things as they said this is just the start. However, they weren’t specific about what they have planned for the future.