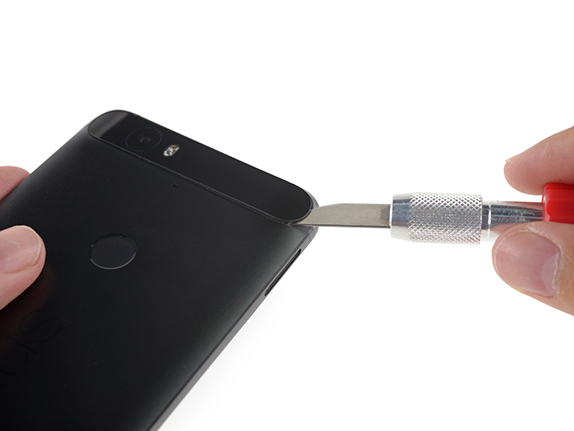 One of the most worrying things these days is damaging your smartphone and the cost of having to fix it after that. Some people prefer to take things into their hands to cut the service costs and replace the parts themselves while others may choose to hand over their device to someone more experienced. In both cases, it helps if the device in question is easy to repair. The Nexus 6P unfortunately doesn’t seem like such a device.

According to the experts at iFixit, the 6P is really hard to repair and as a result, they have given it a rating of 2/10. That is a really low score and seems even lower when you compare it to the Nexus 5X which got a rating of 7/10 from the same source. Apparently the 6P is really hard to do even simple repairs on since most of the screws which are required to be taken out in order to open up the phone are hidden away beneath the camera module glass panel which itself is fragile and tough to remove. Most of the stuff on the 6P in fact are glued and that is one of the reasons why it is so difficult to repair.

So far, the Nexus 5X has remained the underdog in most tests and reviews. Now, we finally have something where the 5X easily bests its bigger brother. Getting Nexus Protect for your 6P would be a good idea especially if you are someone who is prone to damaging his/her phone.