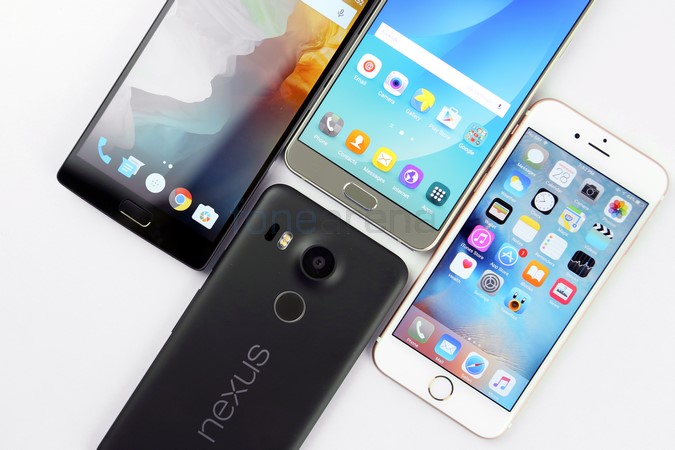 Fingerprint scanners have become a sort of defacto feature of most high-end and a few mid ranger smartphones. They offer a good way to secure your device as well as a faster method of authentication to bypass the lockscreen or grant permissions and passwords. In 2015 itself, we have seen quite a number of different smartphones with different implementations of the fingerprint scanner.

You have the smartphones from Samsung, Apple, Meizu, OnePlus etc that have fingerprint scanners on the front housed within the home button. Then you have Huawei, LG etc with implementations of the fingerprint sensor at the back and lastly Sony with the fingerprint sensor at the side of the device housed within the lock/power key. Apart from the positions, the fingerprint scanners on all these devices have two things in common. Accuracy and speed. All the devices have come a long way in terms of accuracy and speed however there is a big debate on how fast each of the devices are and which device has the fastest fingerprint reader. We have decided to do a speed comparison video to judge which phone has the fastest fingerprint sensor. For the test, we will be using the Google Nexus 5X, OnePlus 2, iPhone 6S Plus and the Samsung Galaxy Note5. 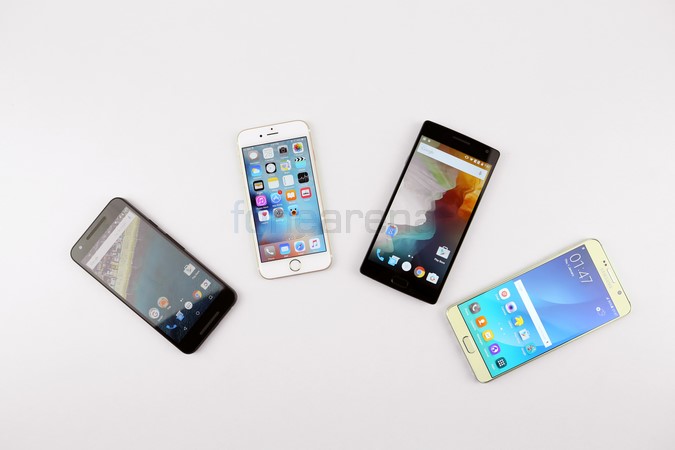 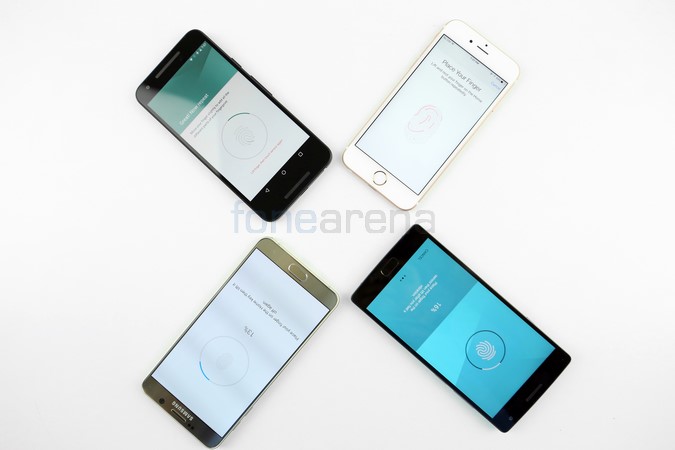 Finally coming to the speed itself, the Nexus 5X, iPhone 6S and OP2 seem to be much faster than the Note5. Between the Nexus 5X, iPhone 6s and OnePlus 2, it is very hard to find a clear winner in terms of practical use. All are neck and neck and any difference in speed will not really be of much use in real world situations. Accuracy is also less on the Note5 as it is more of a hit or miss situation. This could be due to the fact that the fingerprint sensor is raised as it is on the home button and not recessed like n the other phones. The Note5 and 6s requires the user to wake the phone either by pressing the home button or the lock key and then authenticating their fingerprint to unlock the phone. On the OnePlus 2 and Nexus 5X however, users can easily unlock the phone by just placing their finger on the sensor even if the device is sleeping.