Oppo will be announcing their newest smartphone, the Neo 7 on October 28. The device will be the successor of the mirror-backed Neo 5 and will first launch in the Indian market. However, we have learnt that the device will be offered in 17 other oversea markets. 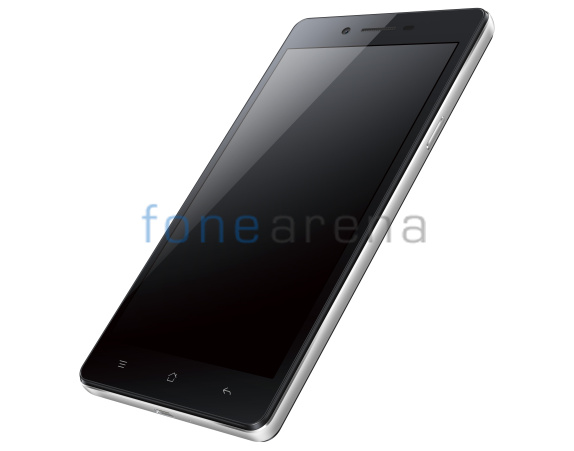 Oppo Neo 7 will carry the same design language as that of the Neo 5. The only notable change is the position of the speaker grille, which has been moved slightly towards the left corner.

The upcoming smartphone from Oppo will sport a bigger 5-inch display as compared to the 4.5-inch panel on its predecessor. The camera department on the Neo 7 has been revamped and it will now feature an 8-megapixel sensor on the rear and a 5-megapixel unit on the front.

Oppo Neo 7 will have 16GB of inbuilt storage and the device will support 4G LTE network. The smartphone will be up for grabs in white and black color options. Unfortunately, there’s no details on the pricing yet, but we will know more about it in the coming week.