Microsoft is all set to announce new flagship phones – Lumia 950 and Lumia 950 XL and other devices at an event on October 6th. Now, a press render of the Lumia 950 XL has surfaced. 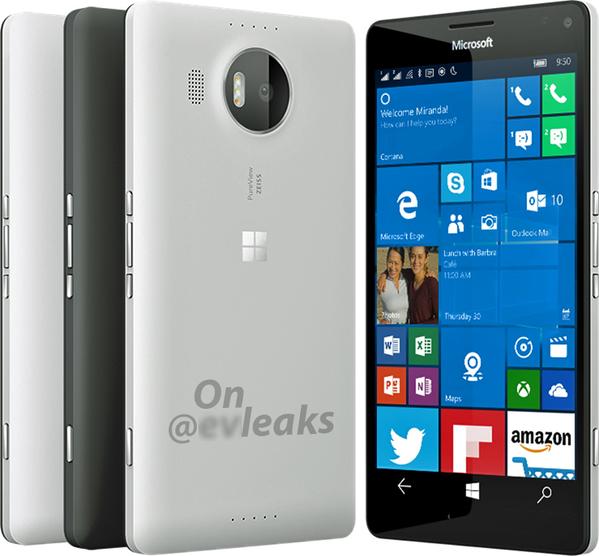 Specs of both the flagships from Lumia have already leaked but the latest render from popular leakster @evleaks gives us a clear look at the design of Lumia 950 XL. Along with the press render, CAD render of the phone has also been leaked by another leakster @onleaks.  The CAD renders also reveal the dimensions of the phone – 151.9 x 78.4 x 7.8/9.9 mm. Lumia 950 XL is quite thin at 7.8 mm but will measure 9.9 mm at the camera. 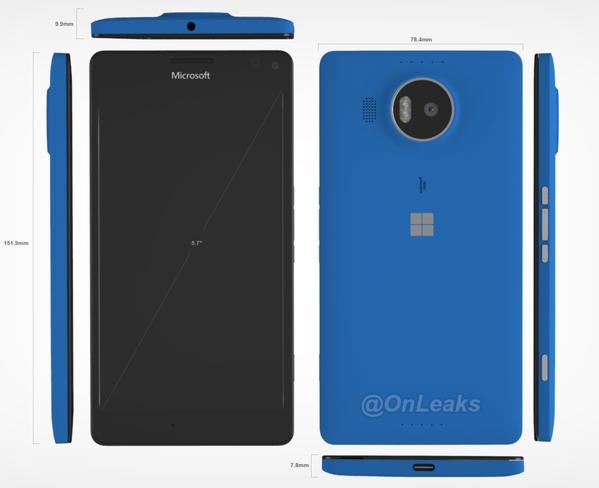 The Lumi 950 XL is also seen in a 360 degree video that shows the phone from all angles. Both the Lumia phones will run on latest Windows 10.