A number of leaks about the Meizu Pro 5 have already surfaced in the past few weeks. Now, a press render has leaked that shows the phone clad in a metal body. 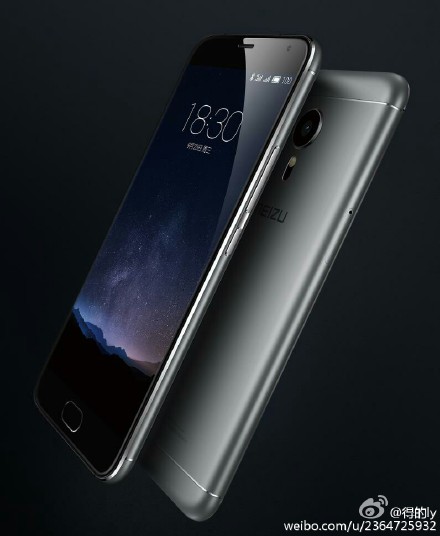 As per the press render, the Pro 5 is seen in gray color and thin bezels of the phone are also seen. The Flyme 5.0 OS on top of Android 5.1 Lollipop is shown in the image. Previous reports had stated that the Pro 5 that is codenamed as NIUX will have arrive in two variants -one with a MediaTek MT6797 chipset and the other with the Exynos 7420. Other specifications of the phone include 5.5-inch 1080p (1920 x 1080) display along with 3/4GB of RAM and 32/64GB of internal storage, 21MP rear and 5MP front facing camera. Meizu is expected to announce the phone at an event scheduled on September 23rd.