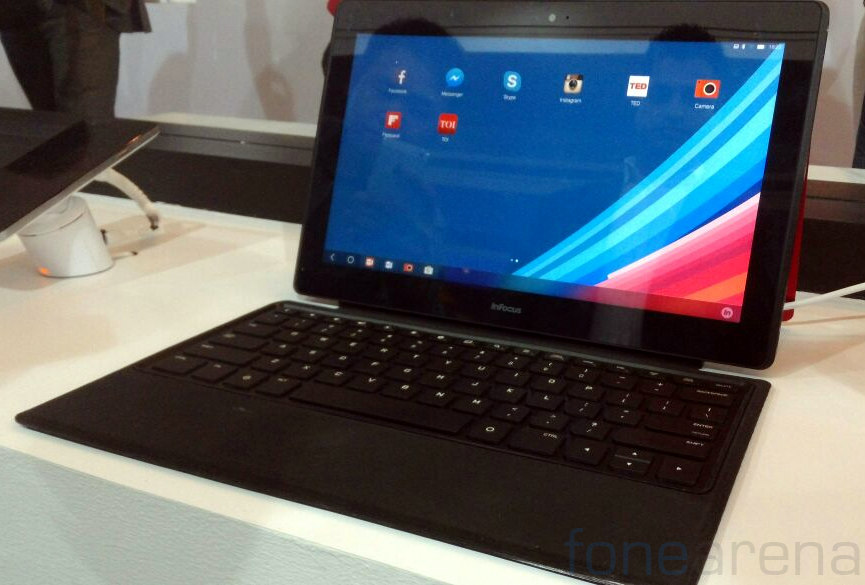 Aside from the numerous smartphone announcements, InFocus have also announced a new 2-in-1 tablet. While we don’t have the name of the tablet yet, the tablet will be launched later this year in India.

The primary camera is a 5 Megapixel unit and the secondary front facing camera is a 2 Megapixel unit. The 8000mAH battery powering the device is non-removable and the tablet has an attachable keyboard cover like the Microsoft Surface tablet.

While the company calls it a Hybrid tablet, it is said to be releasing only with Windows. So it may come with a dual-boot Windows and Android OS or just plain Windows. We will confirm what it will be running exactly as soon as we get more clarity on the same. No pricing or exact date of release has been revealed yet for the tablet.