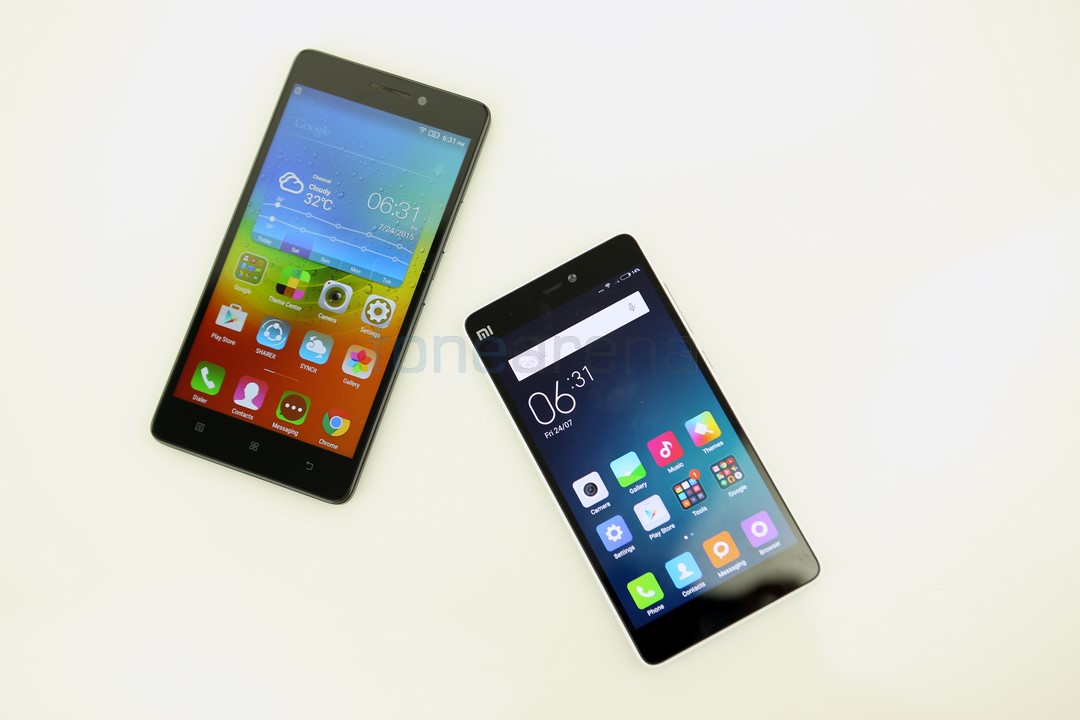 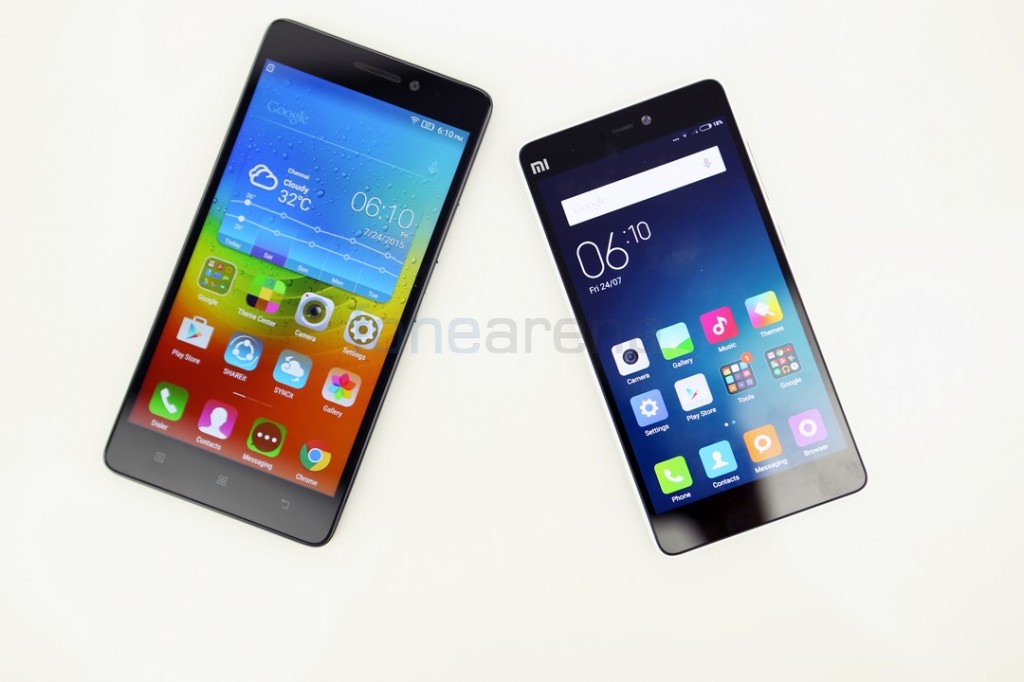 While these two devices aren’t direct competitors and they have quite a few differences, they still are quite closely priced to each other and they also have a few similarities. We get quite a lot of different requests from readers asking to compare various devices and their specs and we’ve been asked to compare these two as well and that’s what we’re doing in this post. Let’s compare both of them in detail. 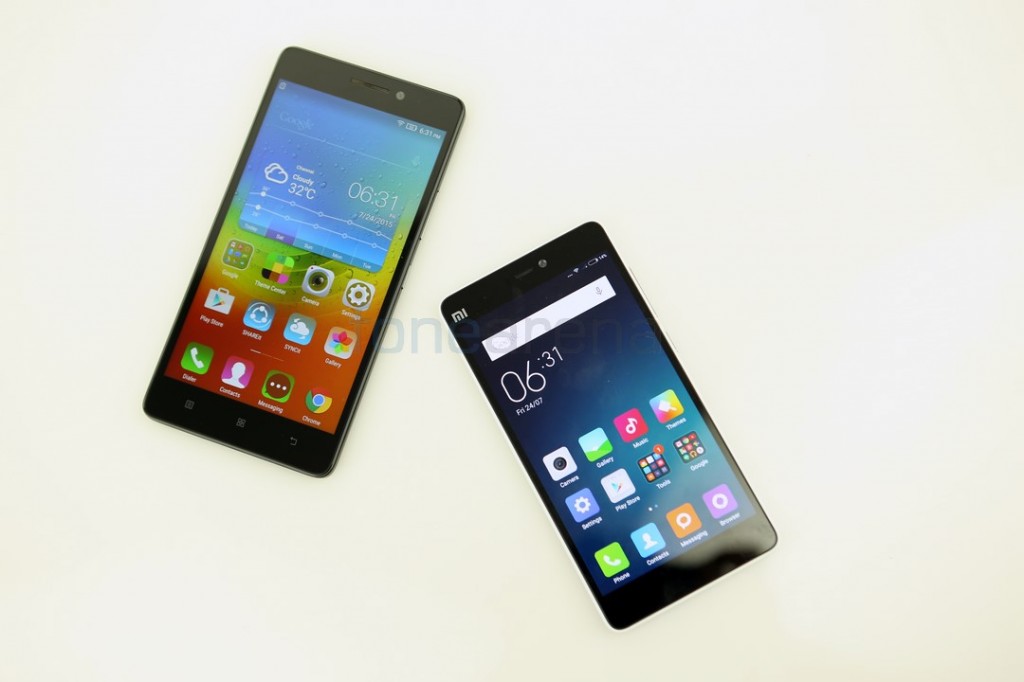 The Xiaomi Mi 4i is a 5 inch device that is sort of considered to be the ideal screens size by many consumers. The Lenovo K3 Note falls under the phablet category as it sports a 5.5″ display. Both the devices have the same 1080p resolution for their screens but the Mi 4i has Corning scratch-resistant glass while the K3 Note has generic scratch resistant glass. Being a larger screened handset, the K3 Note is naturally bigger at 152.6 x 76.2 x 8 mm compared to the 138.1 x 69.6 x 7.8 mm of the Mi 4i. The K3 Note is also 20 grams heavier at 150 grams compared to the 130 grams of the Mi 4i. 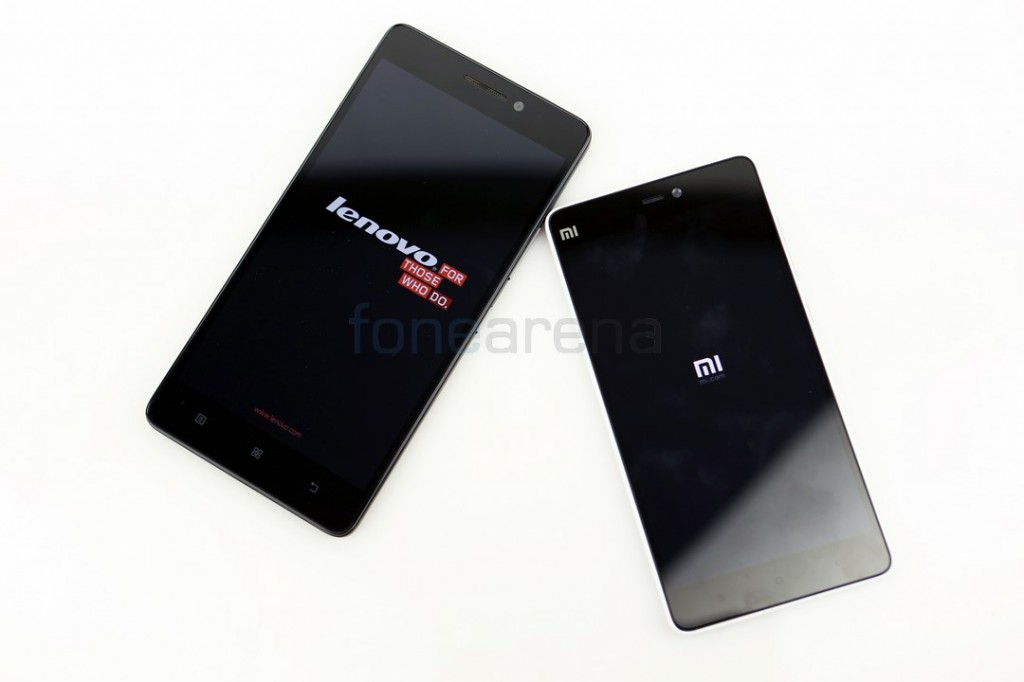 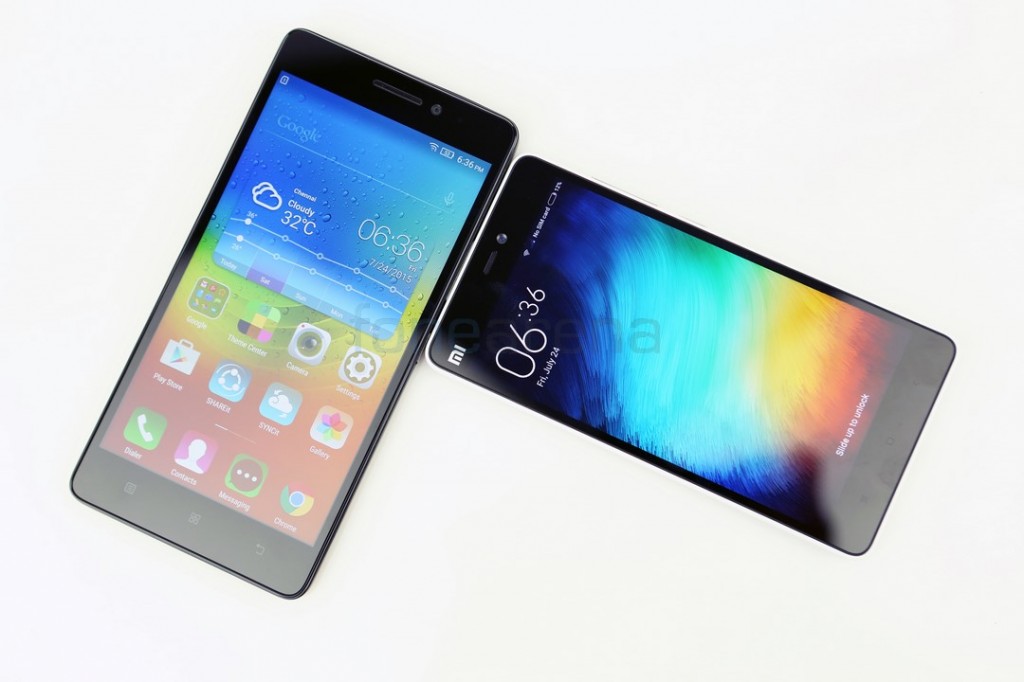 The K3 Note comes with 16GB of internal memory and supports microSD cards upto 32GB. The Mi 4i comes in both 16GB and a recently launched 32GB variant however both these lack a microSD card slot. Both the devices have 2GB of RAM as well. 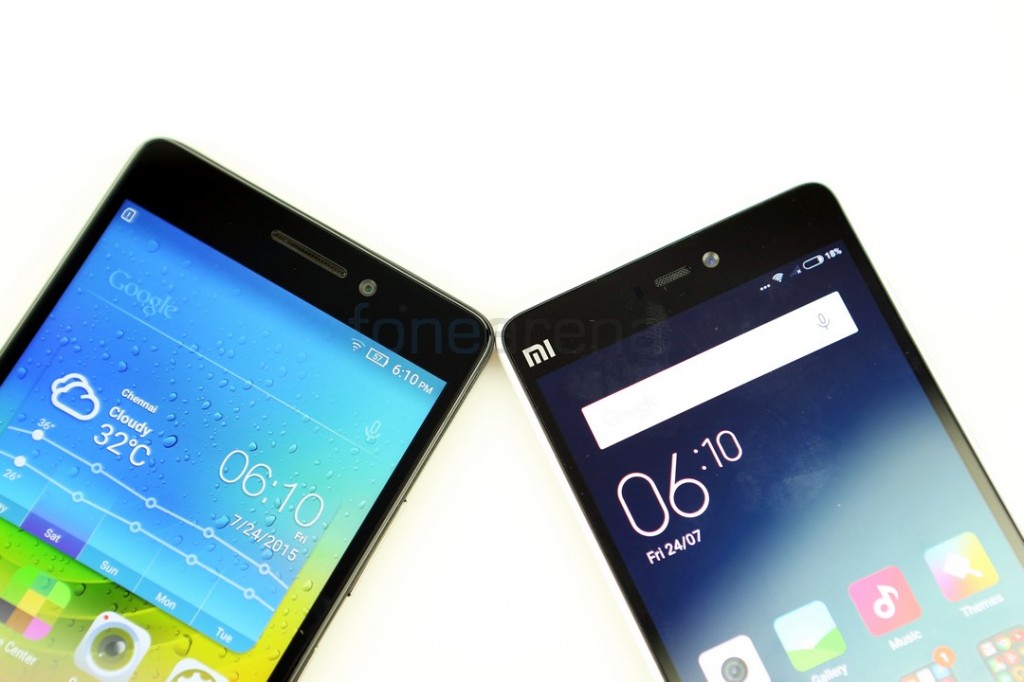 Both devices have 13 Megapixel cameras with maximum resolution of 4128×3096 pixels and dual LED flash as well. However the flash on the Mi 4i is dual-tone as well. The video recording maxes out at 1080p 30fps on both the devices and there is a 5 Megapixel front facing camera on both too. 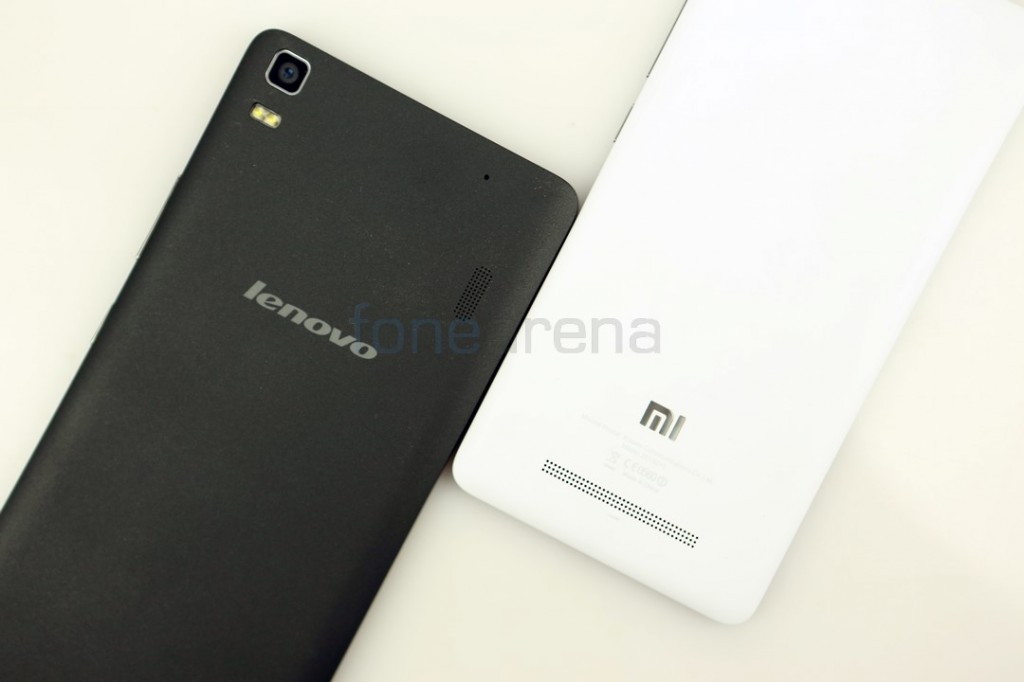 The K3 Note and Mi 4i have dual microSIM slots and support 4G LTE on both the slots. However only 1 slot can have 4G LTE enabled at a time while the other remains in 2G mode. Both the devices support ac standard Wi-Fi however only the Mi 4i support dual-band Wi-Fi. The K3 Note has a removable back panel as well as a 2900 mAH battery but the Mi 4i has a non-removable back panel and a non-removable 3120 mAH battery. 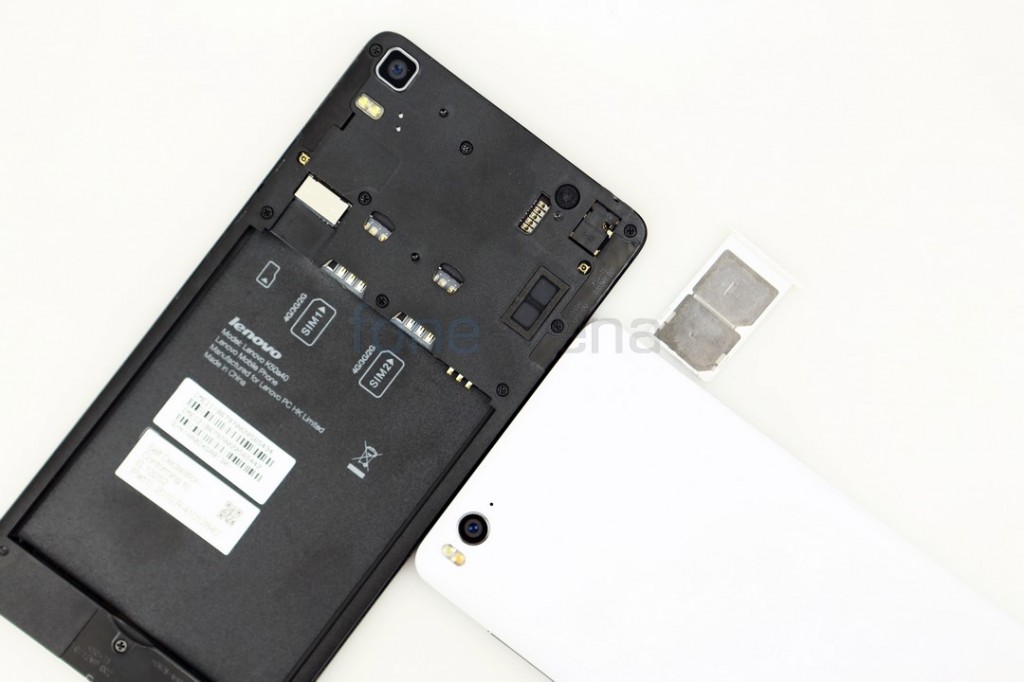 The K3 Note retails at Rs 9,999 and has 3 colour variants – Onyx Black, Pearl White and Laser Yellow although only the Black version is available at the moment. The Mi 4i is available at a price of Rs 12,999 for the 16GB variant and Rs 14,999 for the 32GB variant. It comes is available currently in White as well as Grey but will gradually be available in Black, Yellow, Blue and Pink as well. 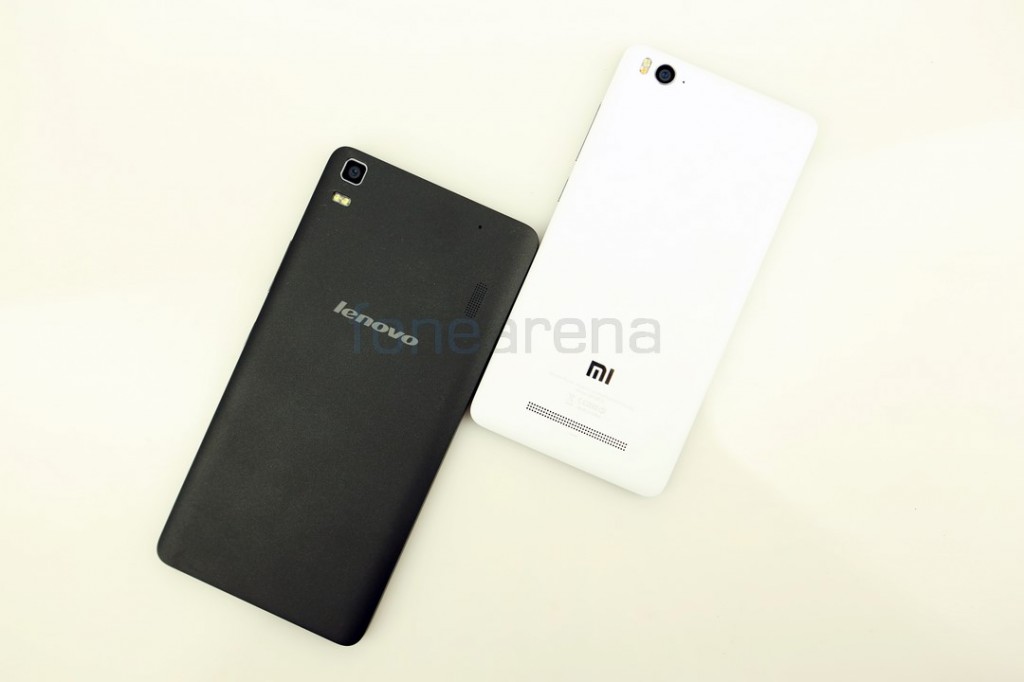