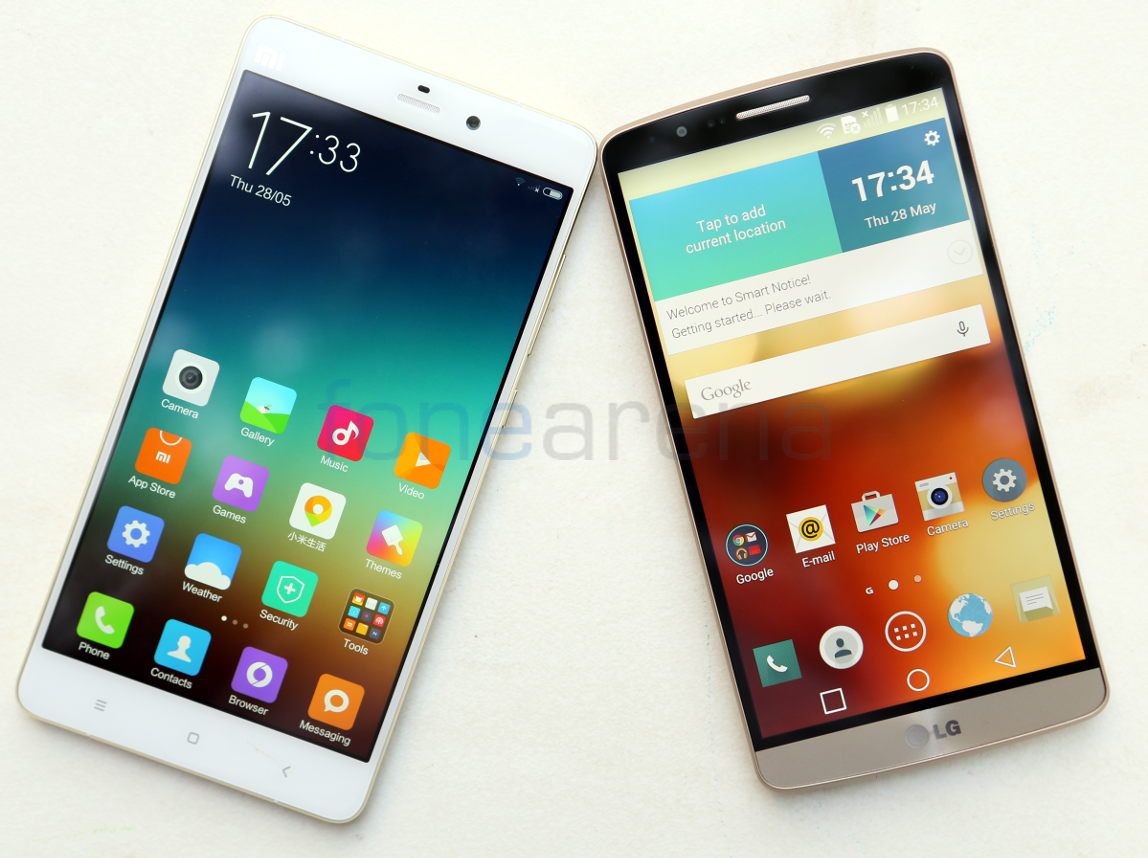 Xiaomi announced the Mi Note Pro in January and they launched the phone in China earlier this month. We got you unboxing of the phone recently and here is the comparison of the phone with last year’s flagship phone from LG, the LG G3. 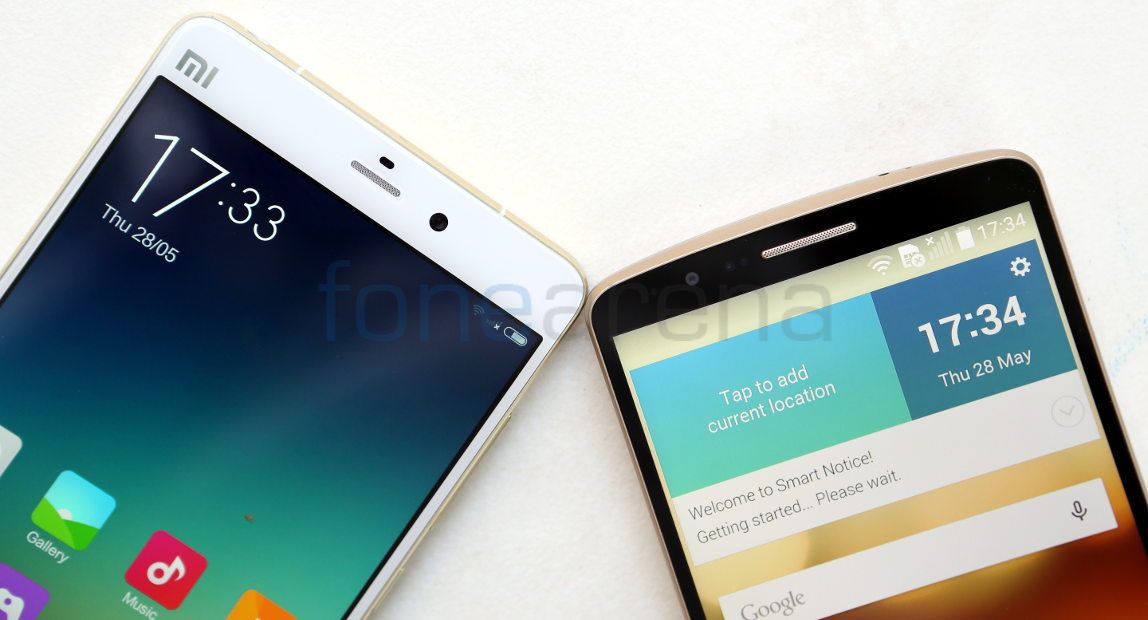 Mi Note Pro has a Mi branding on the left, earpiece at the center and a 4MP front facing camera while the LG G3 has a 2.1-megapixel front facing camera along with usual set of proximity and ambient light sensors and the multi colour notification LED. 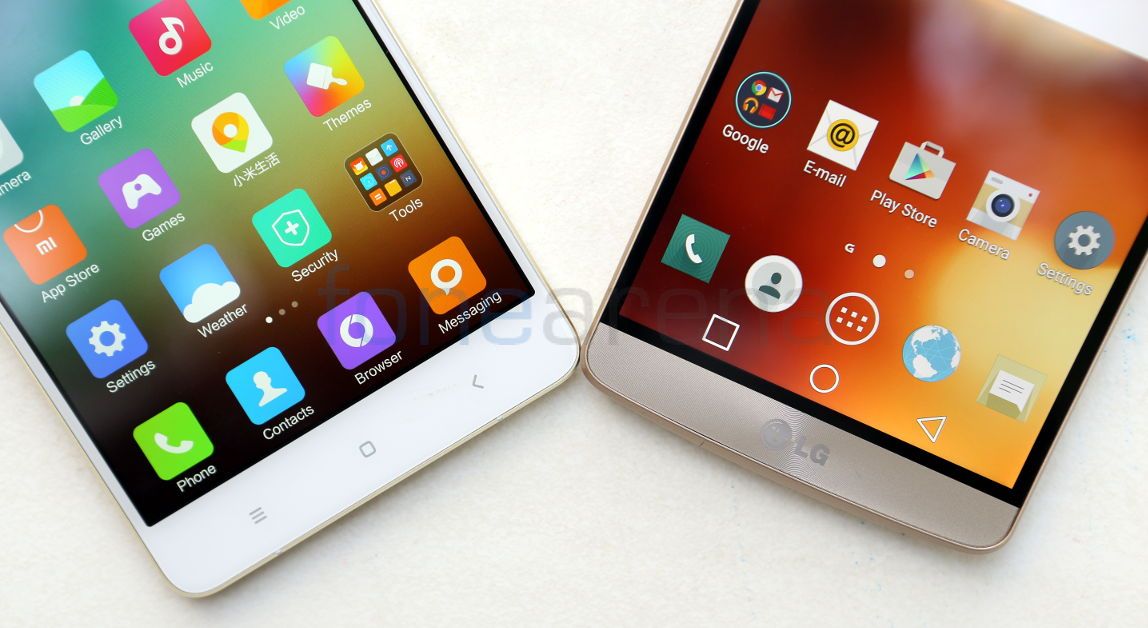 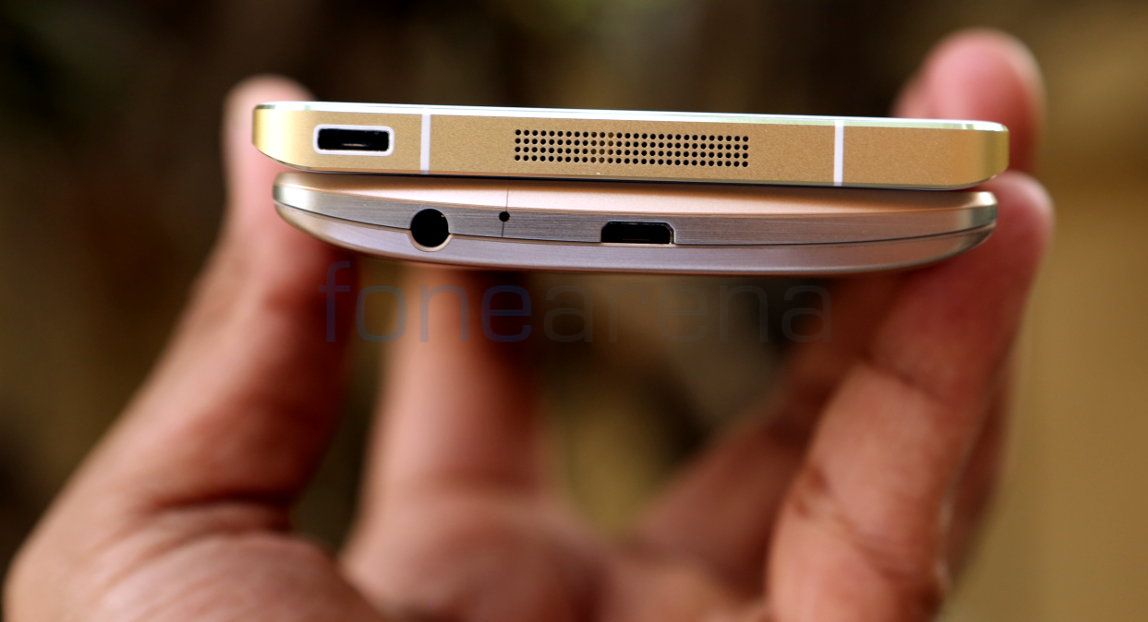 There is the micro USB port and loud speaker grills at the bottom of the Mi Note Pro while the G3 has micro USB port, the 3.5mm audio jack and the primary microphone are present on the bottom. 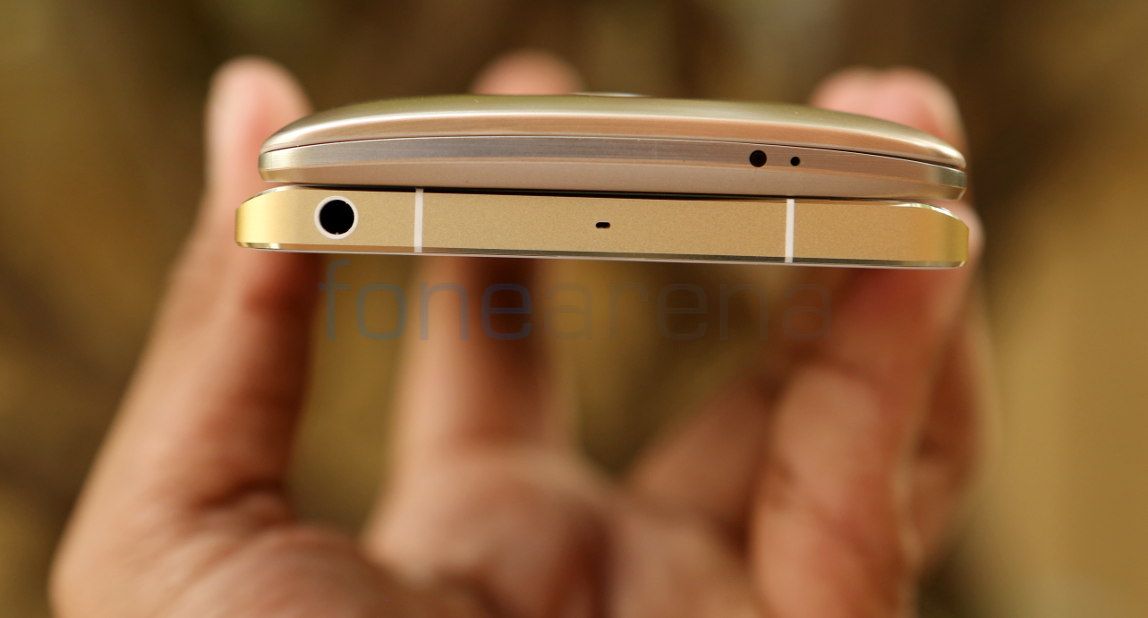 The Mi Note Pro has a microphone and 3.5mm audio jack is present on the top whereas the LG G3 has IR LED for Quick Remote and a secondary microphone on the top. 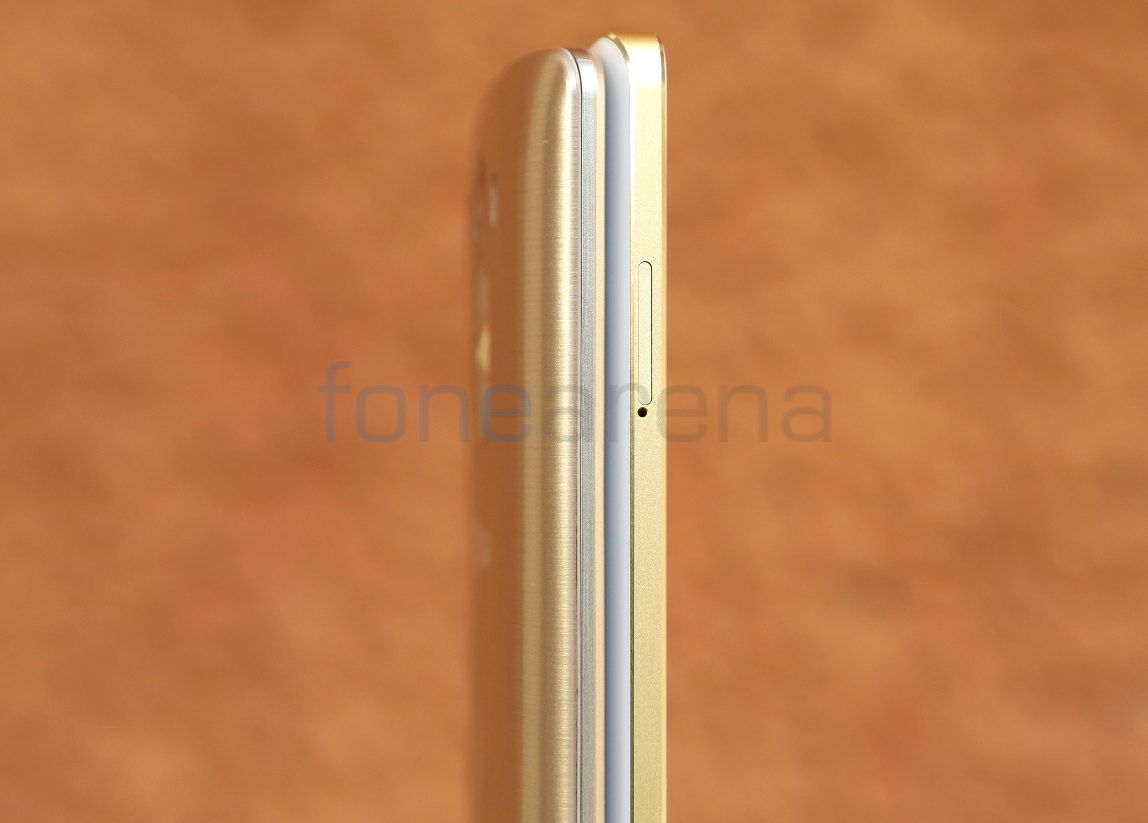 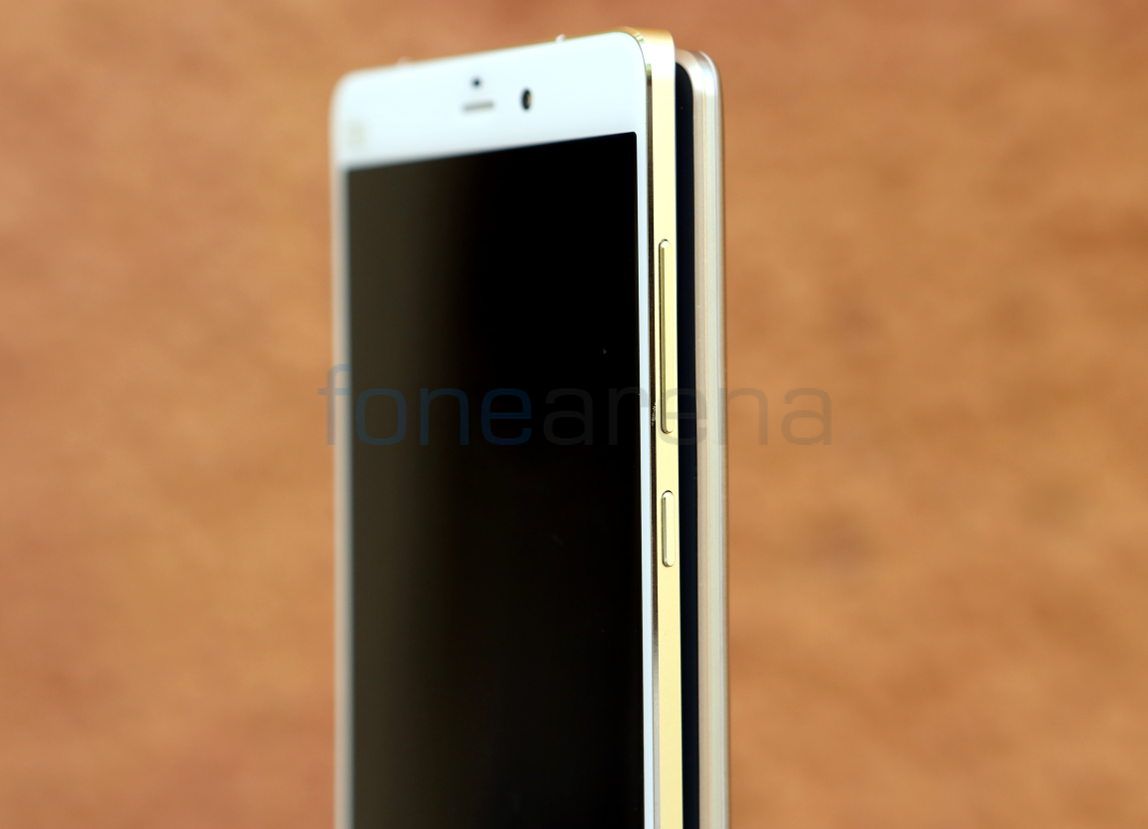 The power button and volume rockers are present on the right side of the Mi Note Pro but G3 has no buttons or keys. 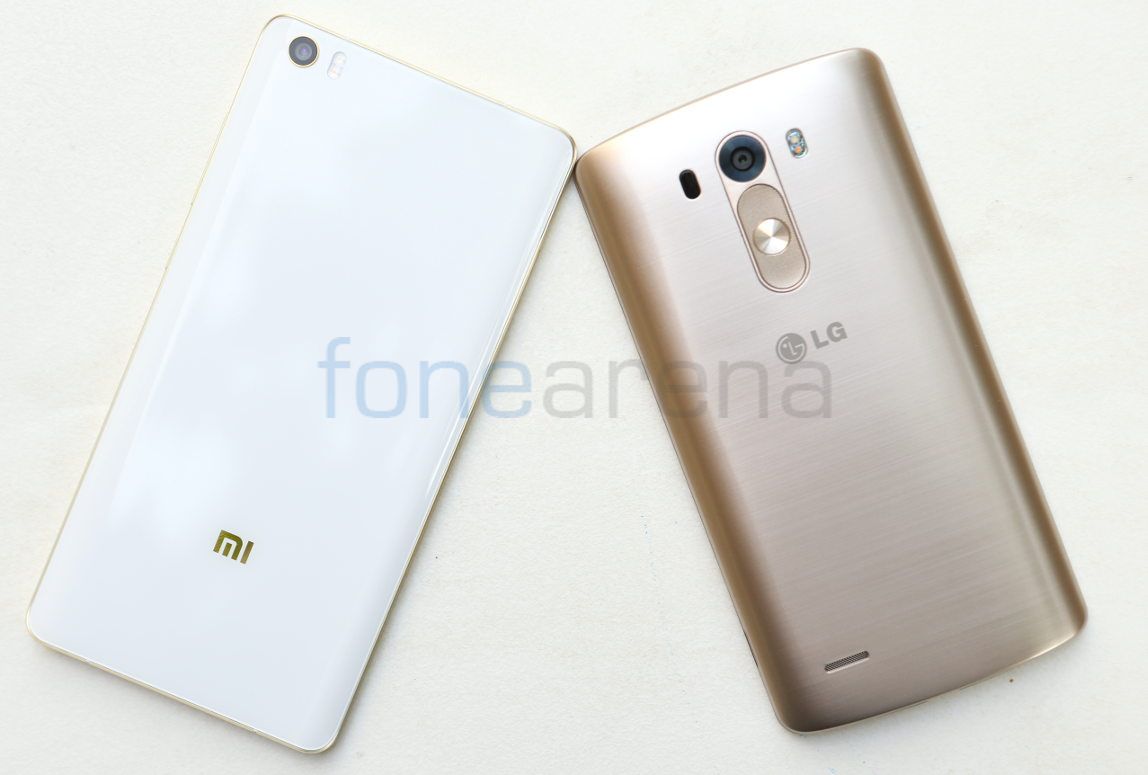 The Mi Note Pro has a 13MP rear camera with dual-tone LED Flash, OIS, Sony IMX214 BSI sensor, 6-element lens, f/2.0 aperture, 4K video recording. The G3 also has a 13MP rear camera with OIS, Dual LED Flash, Laser Auto Focus and 4K video recording. Back cover of both the devices are made of plastic but the one on G3 has a textured pattern. There are no buttons or keys at the back of the Mi Note Pro where the G3 has a power button, volume rockers and the camera module at the back. 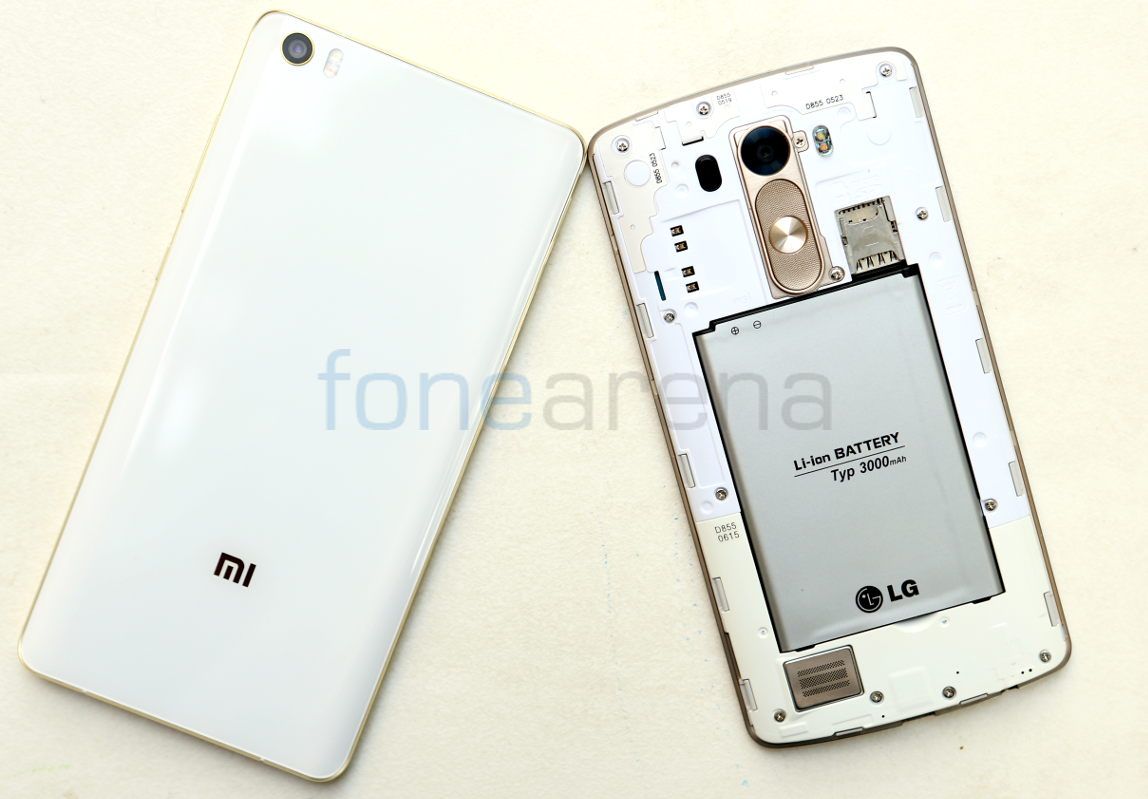