Facebook has rolled out Instant Articles that will allow a number of publishers to post their articles directly to the social networks iOS app. The social network has tied up with publishers like The New York Times, National Geographic, BuzzFeed, NBC and The Atlantic; the UK’s The Guardian and BBC News, and Germany’s Spiegel and Bild. 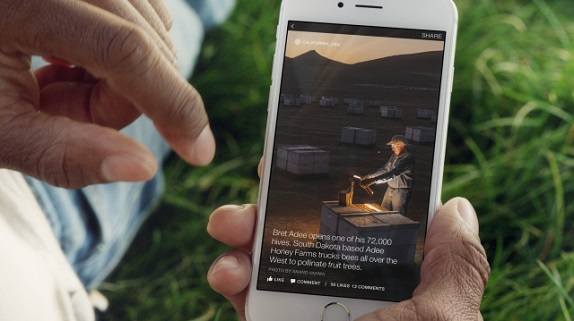 Initially, only select articles from the publishers are being included. Facebook said that the new feature will improve the load times of news stories on its mobile app to as much as 10 times faster than most articles on the mobile web. Instant articles will also include a suite of features such as interactive maps, image zoom, autoplay videos and audio captions.

The news publishers can either sell and embed advertisements in the articles and keep all of the revenue, or allow Facebook to sell ads. Facebook will also let the news companies track data and traffic through comScore and other analytics tools. The social network is also permitting the news companies to collect data about the people reading the articles with the same tools they use to track visitors to their own sites.

“Fundamentally, this is a tool that enables publishers to provide a better experience for their readers on Facebook. Instant Articles lets them deliver fast, interactive articles while maintaining control of their content and business models.”

Earlier this week, Facebook was said to be testing an in app search engine. The social network did not mention when will the Instant Article feature come to Android app.