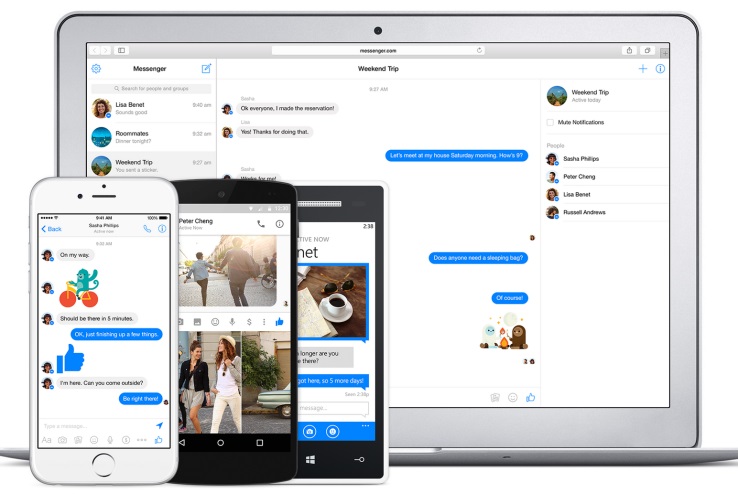 The conversations can be continued on a user’s smartphone through the standalone Messenger mobile app, which has about 600 million users. Users can also choose to get desktop notifications whenever they get a message. Messenger.com has the UI similar to the Messenger app. On the left hand side is a list of all your ongoing discussions, while actual message threads are displayed on the right. Users can send pictures, stickers, and the signature thumbs up similar to the Messenger app. However, the web app lacks some features like the ability to record and send audio messages, instantly send a photo from your web cam.  Also, users can turn on desktop notifications.

In 2014, Facebook pulled messaging from the Facebook’s mobile app and moved it into the standalone Messenger app. Last month,  Facebook launched an initiative called Messenger Platform, which allows developers to build apps specifically for Messenger. The latest move comes from Facebook after WhatsApp rolled out its PC version of its popular chat service in January this year.