We have already seen a bunch of leaks related to the LG G4 that will be announced on April 28. Now, Spigen has revealed lineup of cases for the upcoming flagship phone from LG. 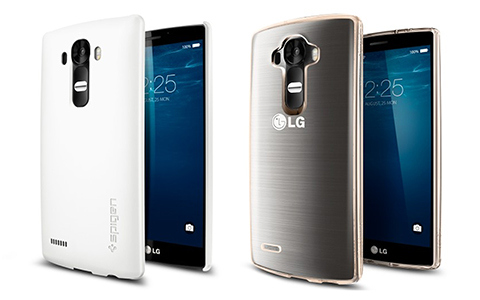 The cases show the alleged LG G4, which looks like the LG G3 in terms of design with the volume and power rocker buttons at the back, with a large camera sensor on the back of the device. Also, the chassis of the device looks like it sports a similar brushed aluminum texture to what we saw on the LG G3. Earlier today, LG introduced LG UX 4.0 that will have easy-to-use interface and offer high level of functionality through user settings,