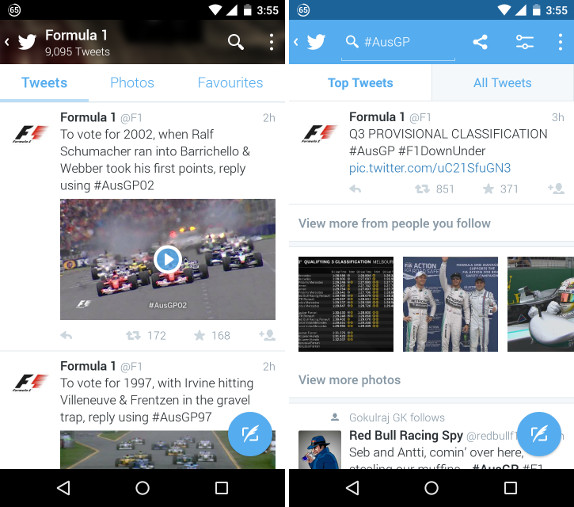 It will also ask you questions and lets you guess the winner. You can vote using #F1Champion and the driver’s name.  Some F1 teams would also showcase fan Tweets alongside their data dashboards to send messages of inspiration to their drivers.

Twitter recently partnered with ICC to offer a timeline for 2015 ICC Cricket World Cup with Tweets, commentary and expert analysis along with photos, videos and Vines from every match.