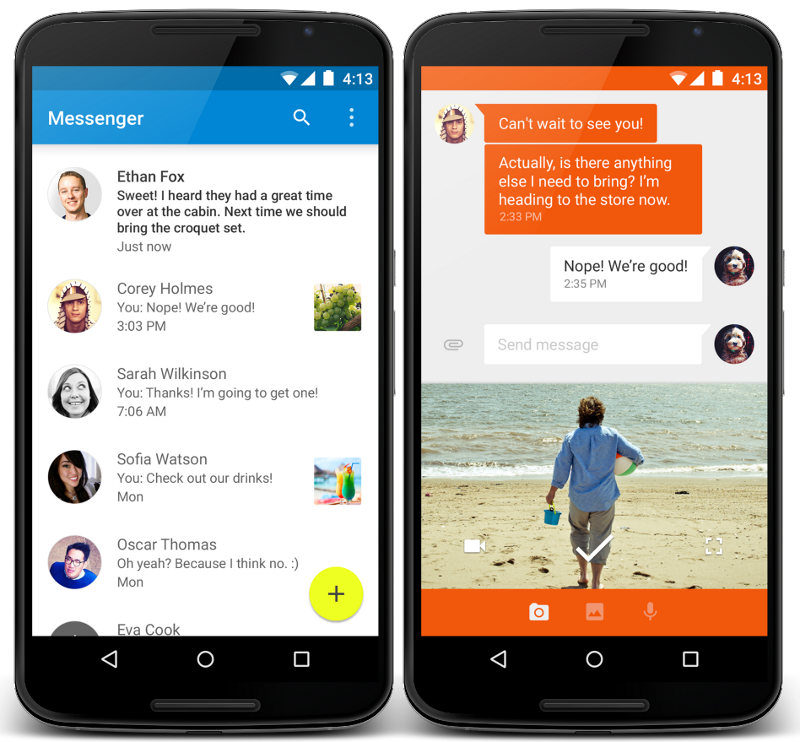 Google released its standalone Messenger app for Android back in November last year. It feature material design and comes with several features including support for audio messages, emojis, colored text threads, message archiving and more. There were some minor updates for the since the release, but this is the major update that adds new features.