Following reports in February, Apple has released the public beta for iOS 8.3. This is the first time Apple is inviting regular users to test a forthcoming iPhone software update. 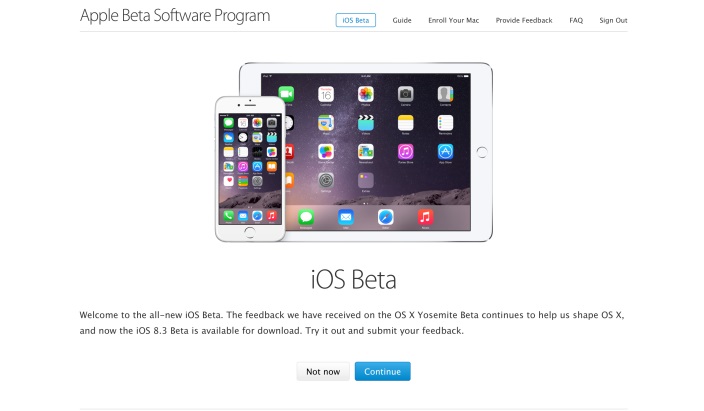 Apple has launched Apple Beta Software Program’ where interested users can sign up to test the public beta. After signing up users will need to install a package file that clears your device for beta software and then they will be able to install iOS 8.3.  The software update includes support for Wireless CarPlay, an upgraded Emoji keyboard, Spotlight, an enhanced voice for Siri, and simpler login for Google services.

Beta 3 also introduces a feature that allows users to filter out unwanted messages. There is also a permanent Apple Watch app. However, it must be noted that as it is a beta version there might be some bugs and glitches.