BlackBerry has announced that BBM for Android has surpassed 100 million Google Play Store downloads. The popular messenger from the company was launched on Android and iOS in October 2013. 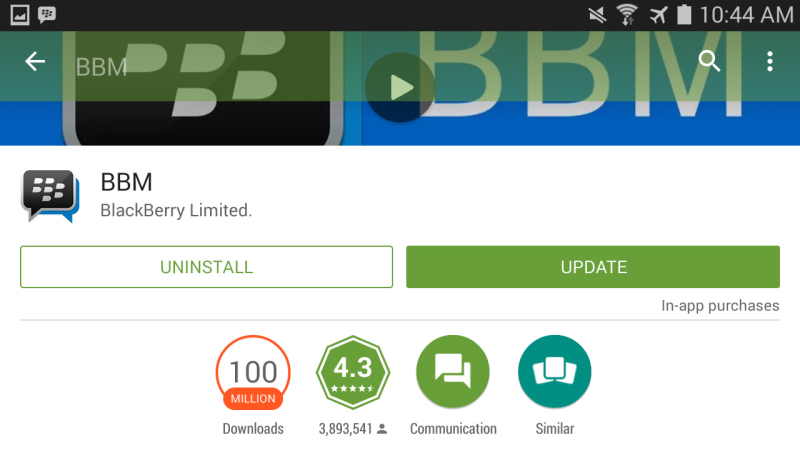 The BBM app for Android has received some 3.7 million reviews from Android users with 2.4 million of them giving the app five stars. BlackBerry said that users has sent more than 1 billion stickers that it is close to achieving one billion “virtual goods impressions” in the BBM Shop monthly.

It must be noted that 100 million are just the install numbers and not the active users for BBM Messenger. Earlier this week, BlackBerry updated BBM for Android with ability to create a custom 6-8 digits alphanumeric PIN. Also, the messenger now supports Android Wear.