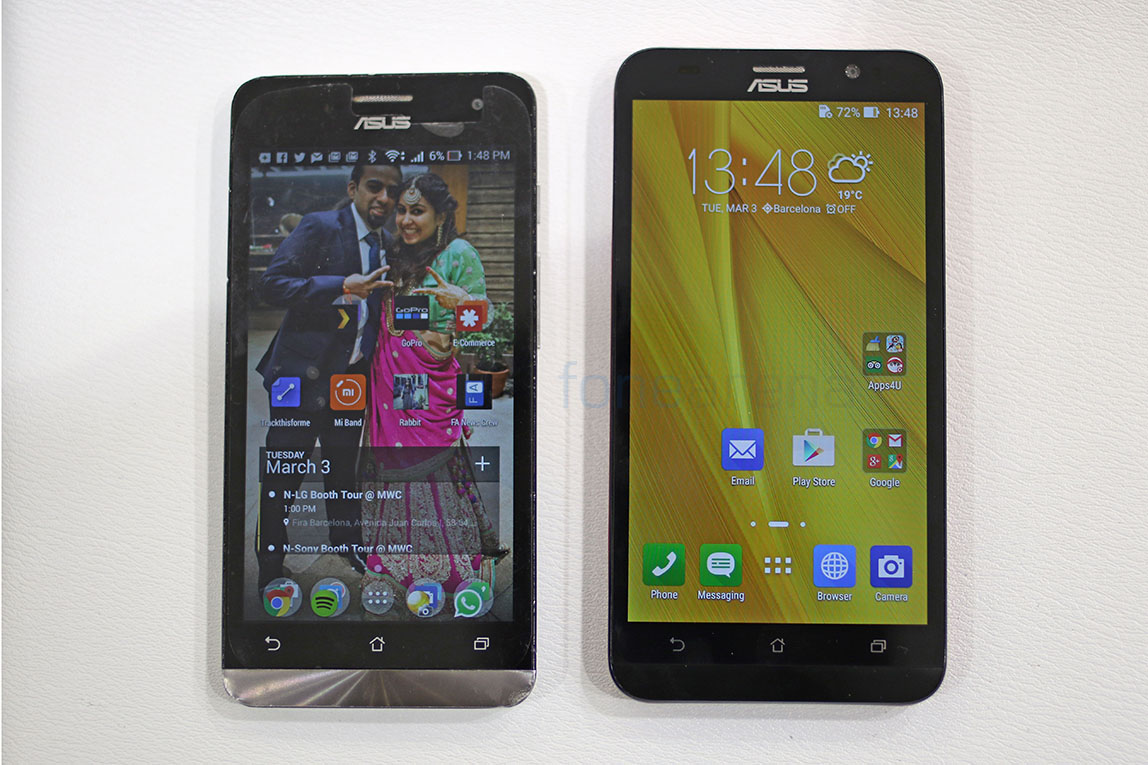 Asus announced the Zenfone 2 in January while the Zenfone 5 was announced last year. Lets compare the two phone and see what up gradation has Asus made in the latest phone. 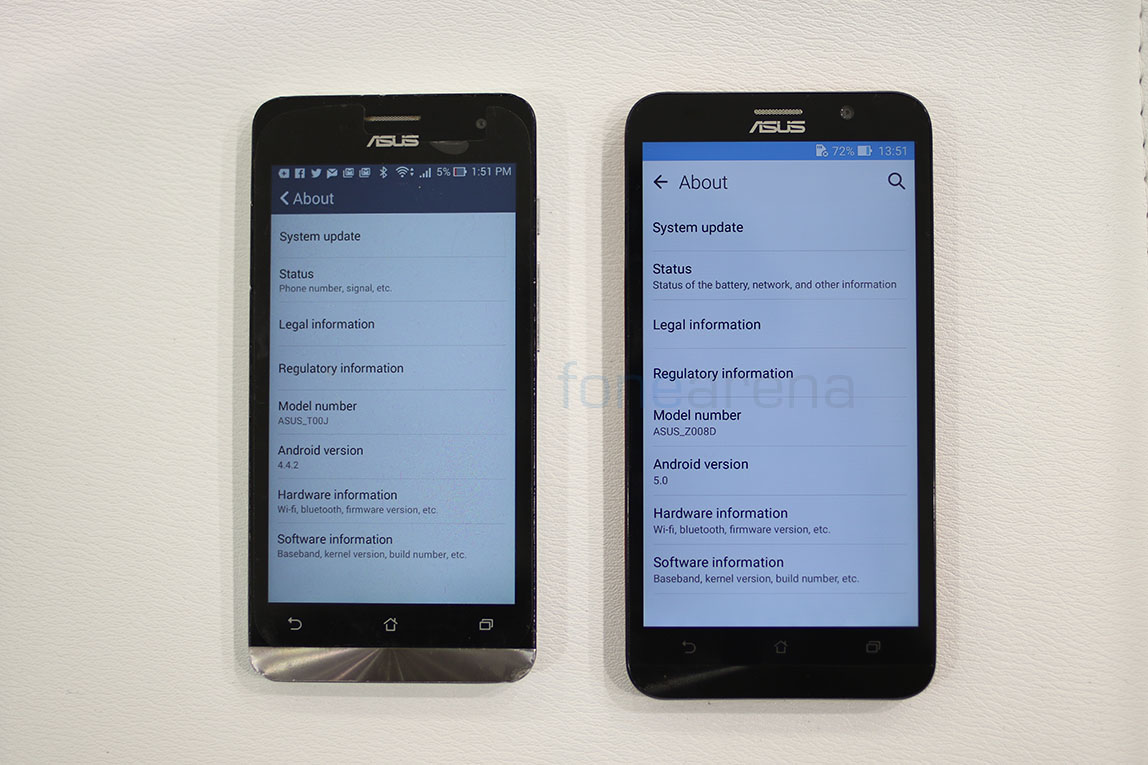 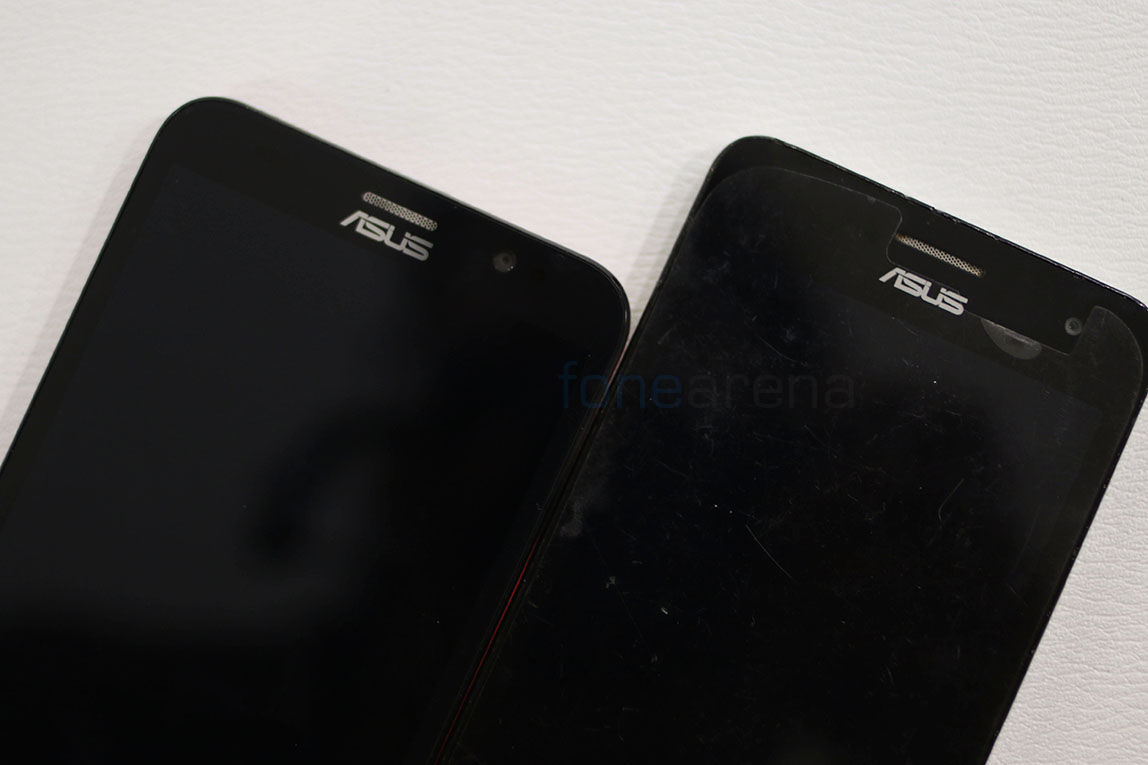 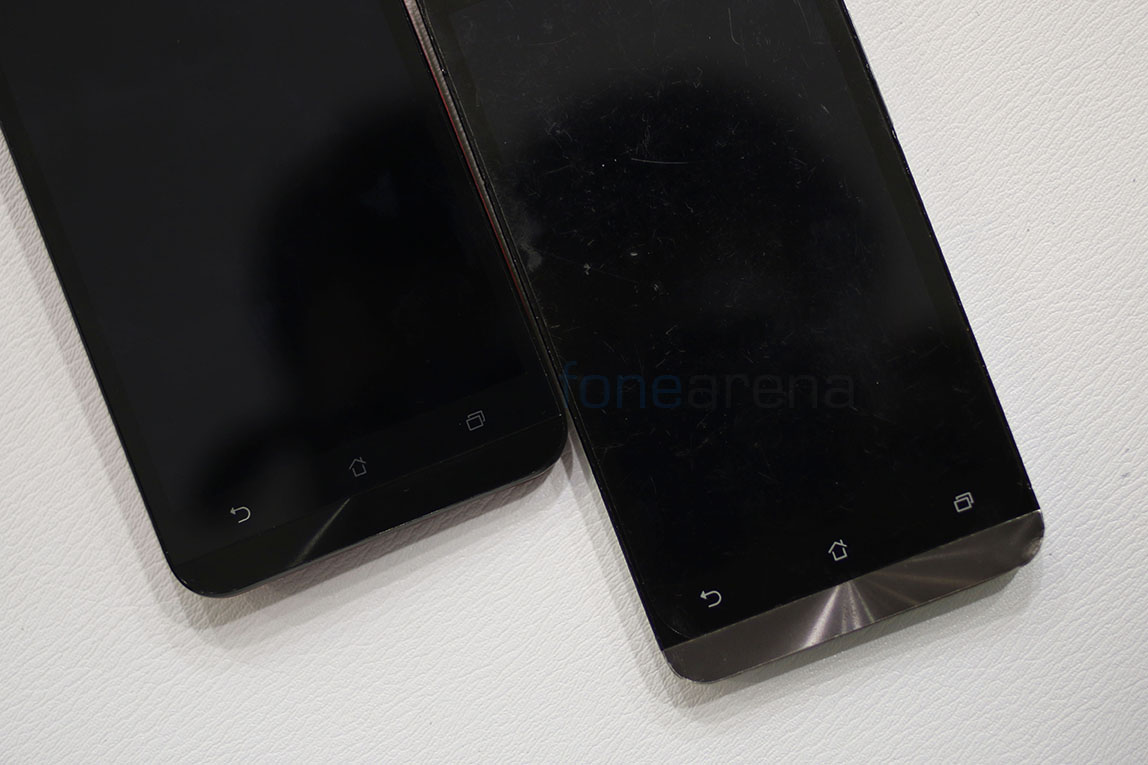 Both the phones have three capacitive buttons below the display. 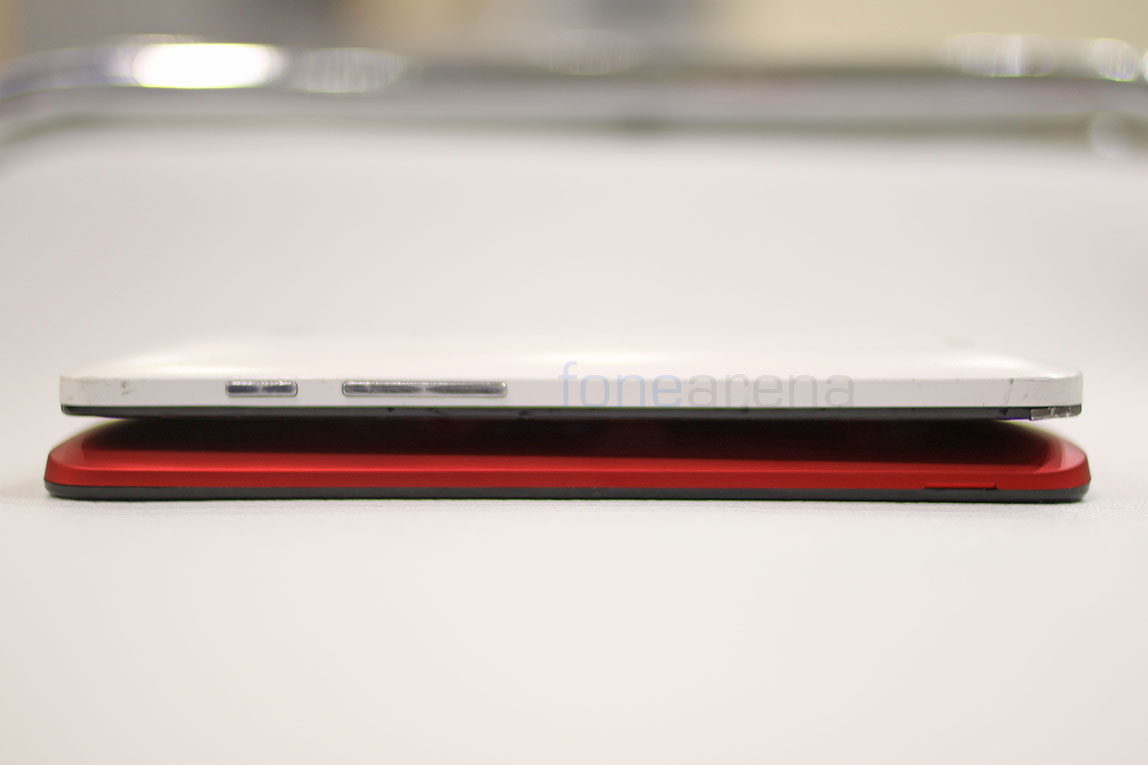 The Zenfone 2 has not buttons on either side of the device while Zenfone 5 has power button and volume rockers on the right side. 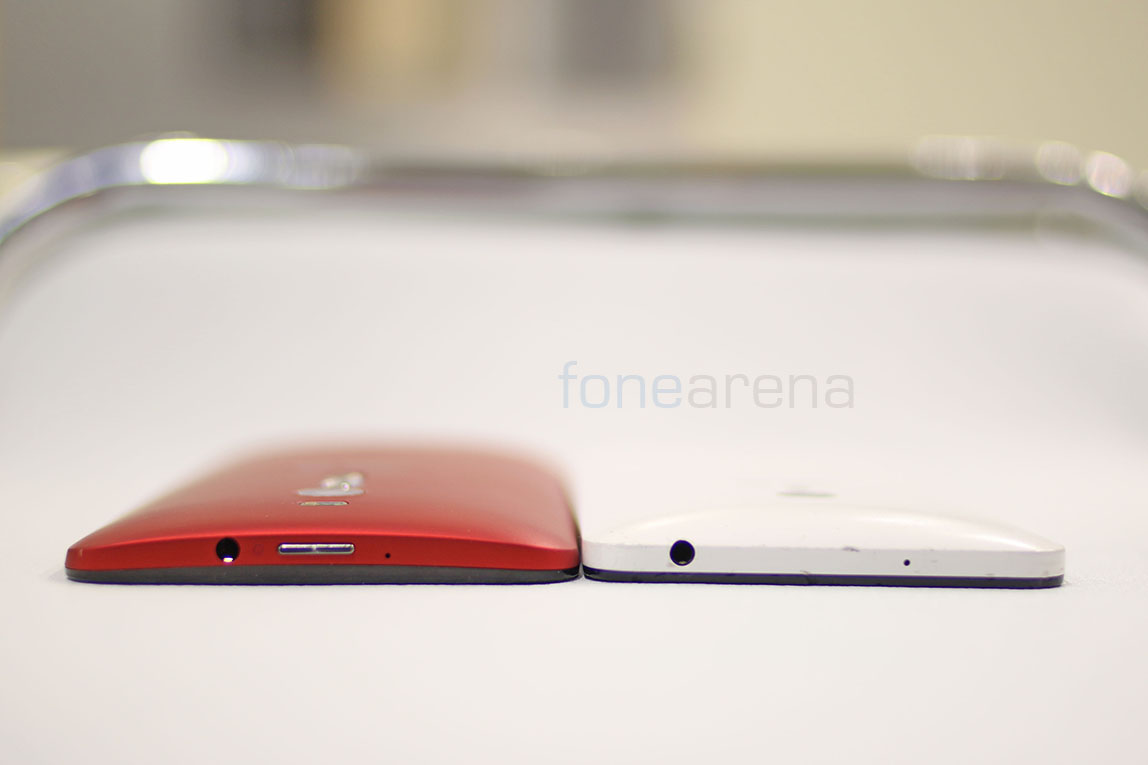 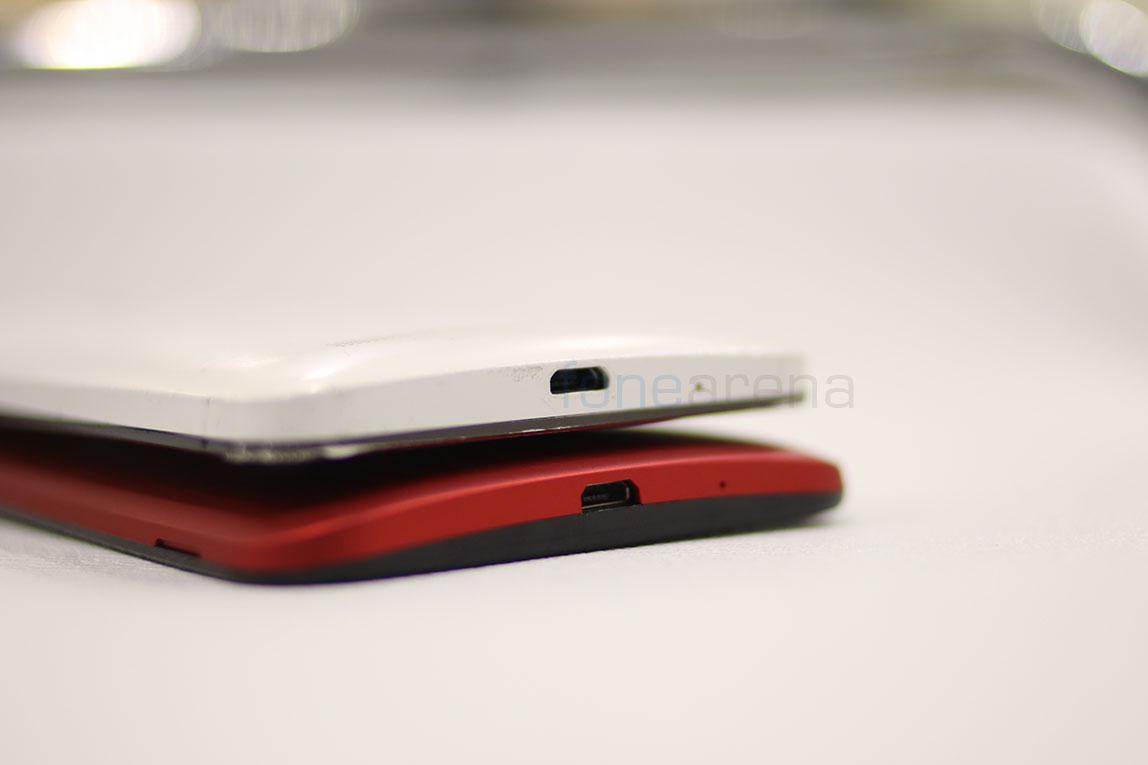 Both the devices have micro USB port and microphone at the bottom. 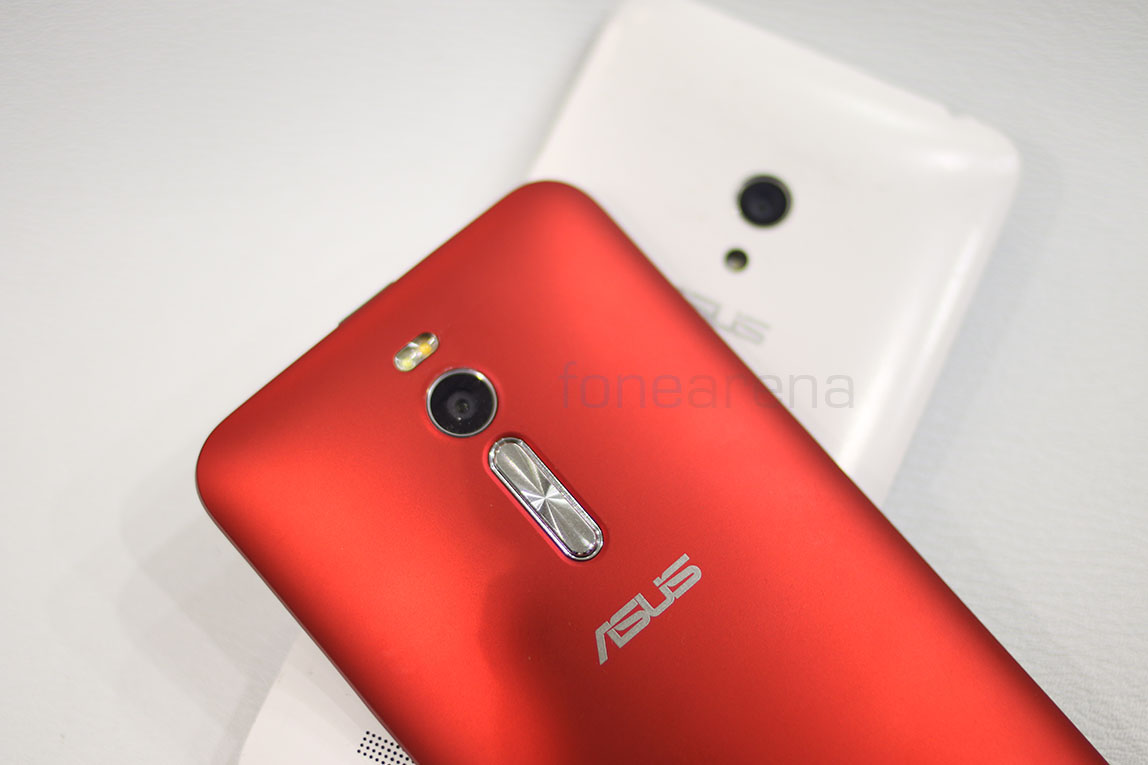 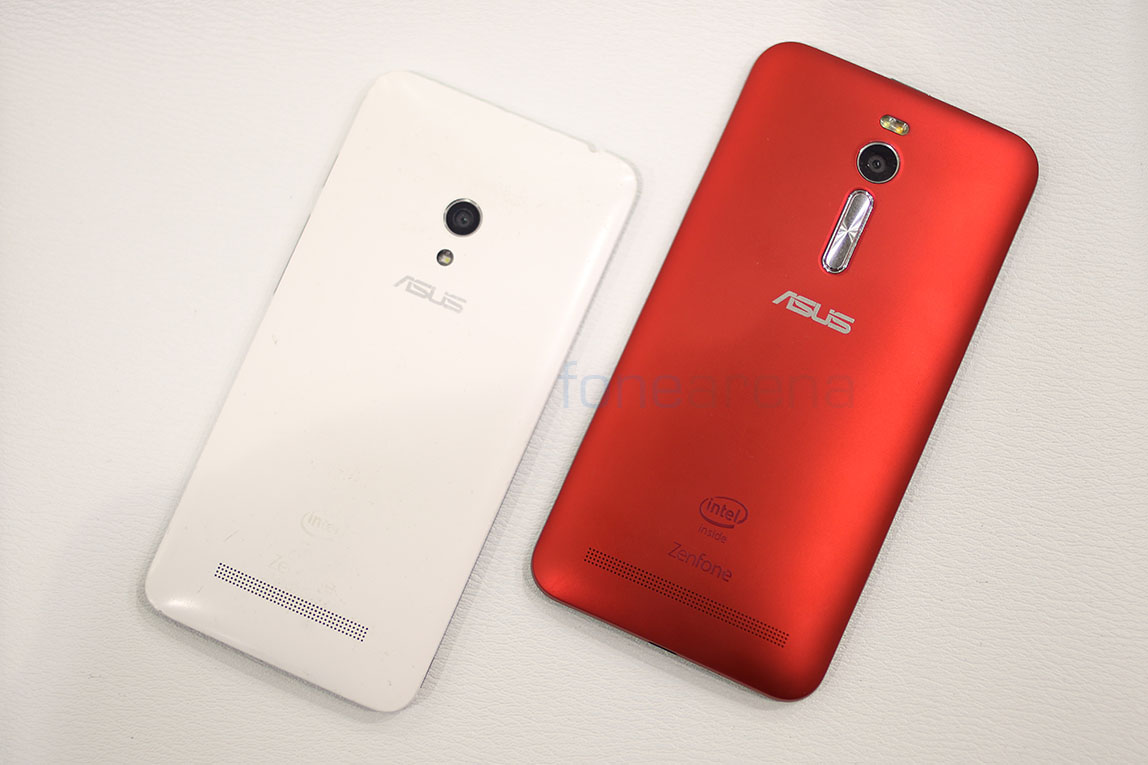