Facebook has announced a new feature that will allow users to buy and sell products on its site. The update will let people post for an item for sale on the site. 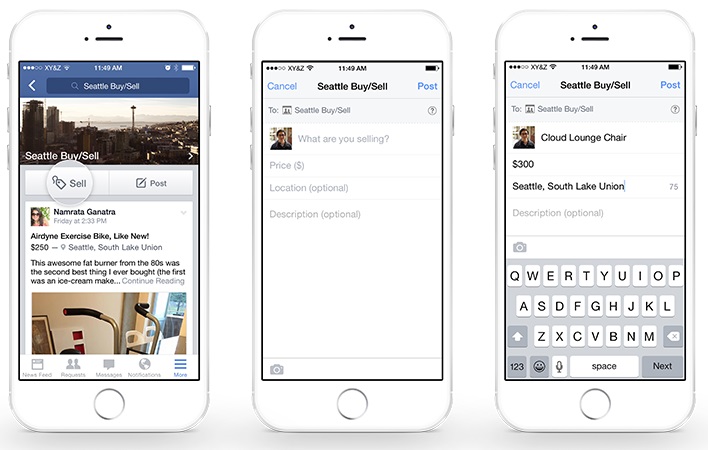 For those unaware, Facebook has a special group dubbed as ‘For Sale Groups’ that takes care of buying and selling certain types of items. This is similar to the way people put up items for sale on Craiglists and eBay in the U.S. The latest update to the service adds an option in addition to the ‘post’ button inside groups that allows users to share items directly via a ‘sell’  button. Users can add information and describe the item, its price and place of pick-up or delivery.

Sellers also have the ability to update a post as still “available” or as “sold,” and see a list of items they have previously sold. The feature could be a boon to small businesses that don’t have a large online presence. Facebook said the new features will be rolled out in the coming months to all For Sale groups across iOS, Android, and the Web.