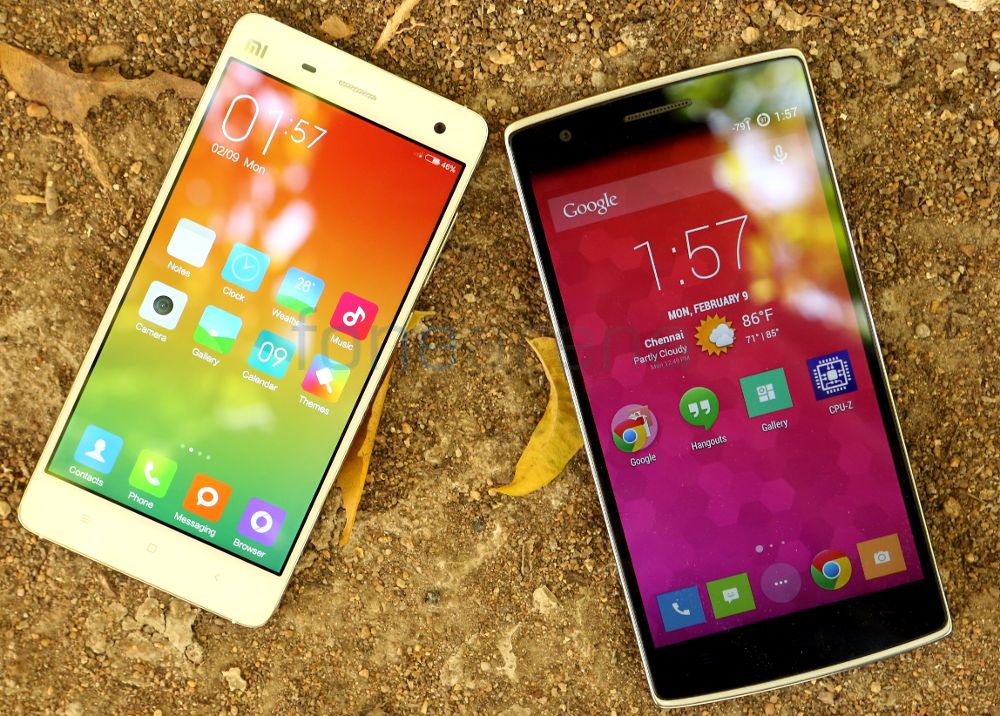 Xiaomi launched the Mi 4 smartphone in China in July 2014 and the phone was launched in India last month for Rs. 19,999, which go on sale on Flipkart in the first flash sale today. The OnePlus One on the other hand was launched in India in December last year and is priced at Rs. 21,999. Let’s compare the two phones and take a look at their hardware in this photo gallery. 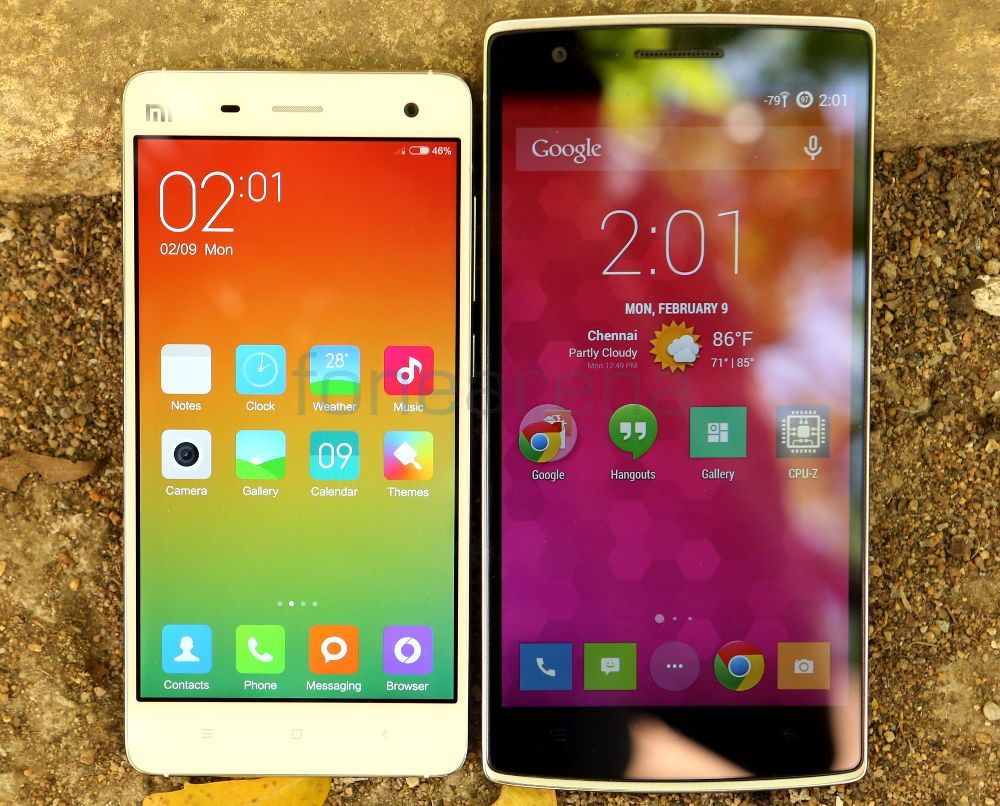 The Mi 4 has an 8-megapixel front-facing camera with Sony Exmor R BSI sensor and f/1.8 aperture for better low-light imaging. It also has the usual set of sensors next to the camera. While OnePlus One has as 5MP front facing camera.

Both the phones come with three capacitive touch buttons below the display. 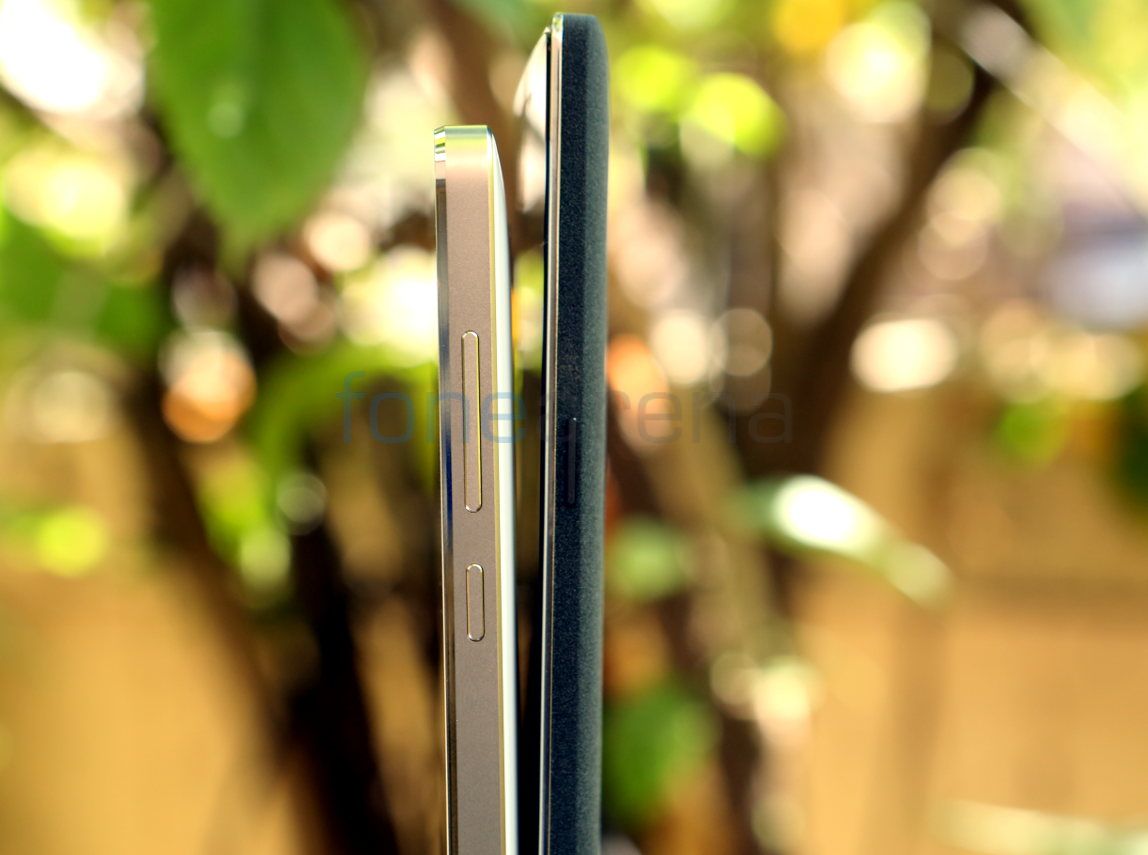 The power button and the volume rockers are present on the right side of the Mi 4 while the OnePlus One has power button on that side. Both the devices are 8.9mm thick but the Mi 4 weighs 149g and the One weighs 162g. 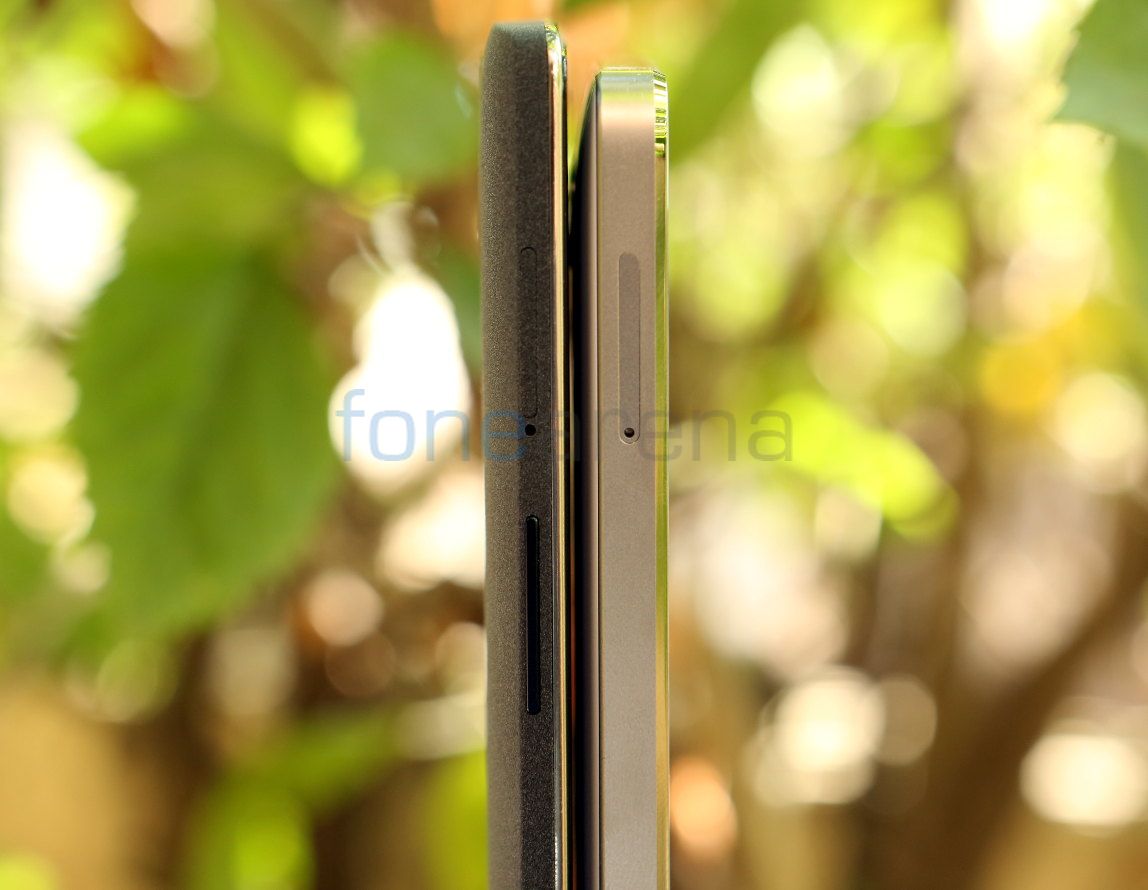 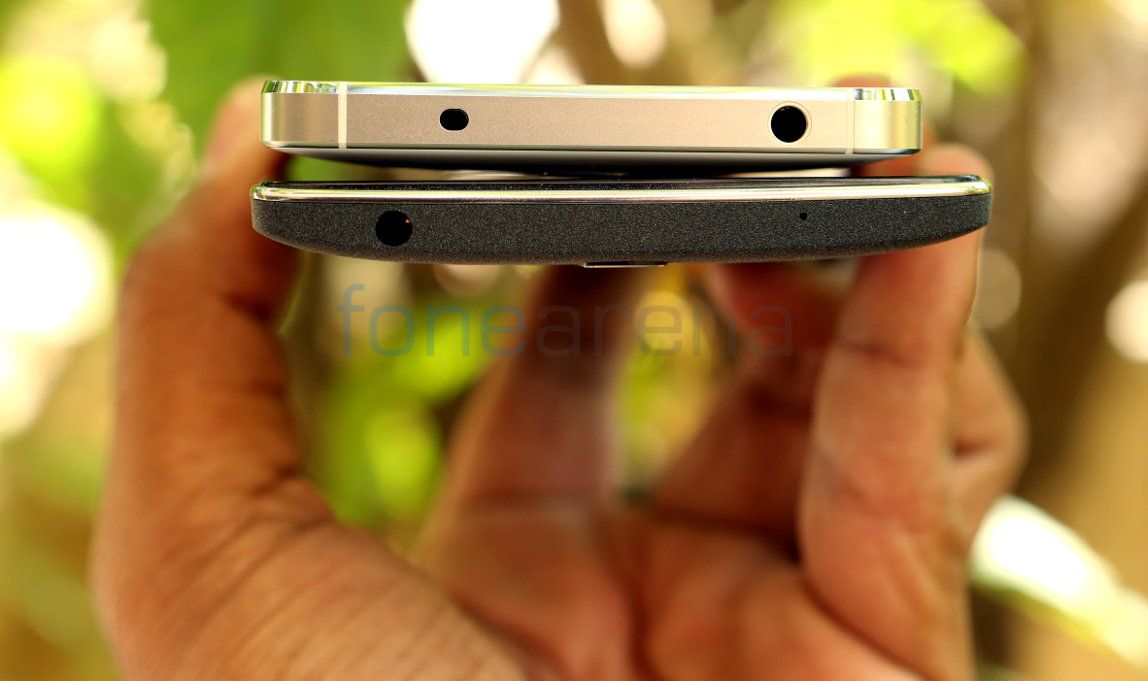 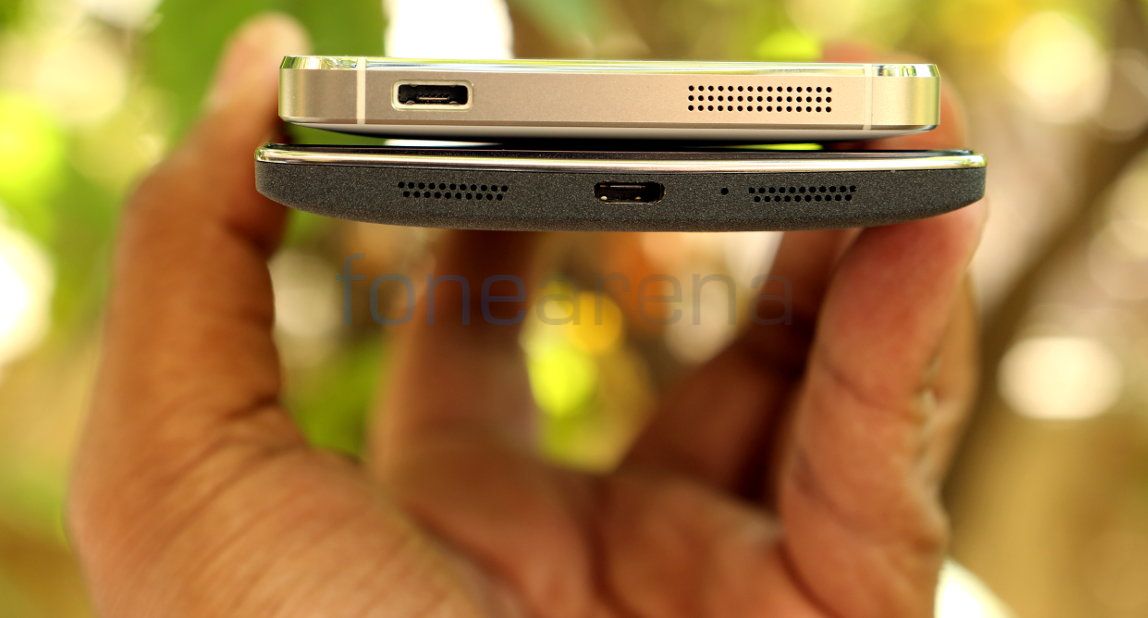 The loudspeaker grill and the micro USB slot are present at the bottom for both the phones. 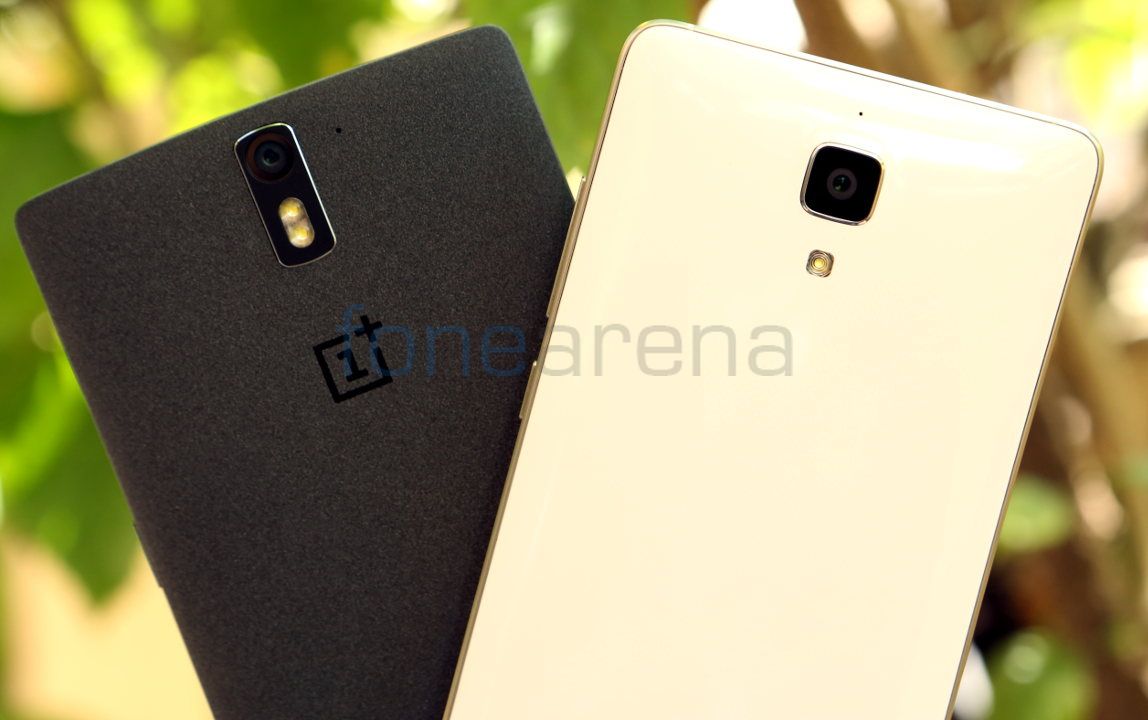 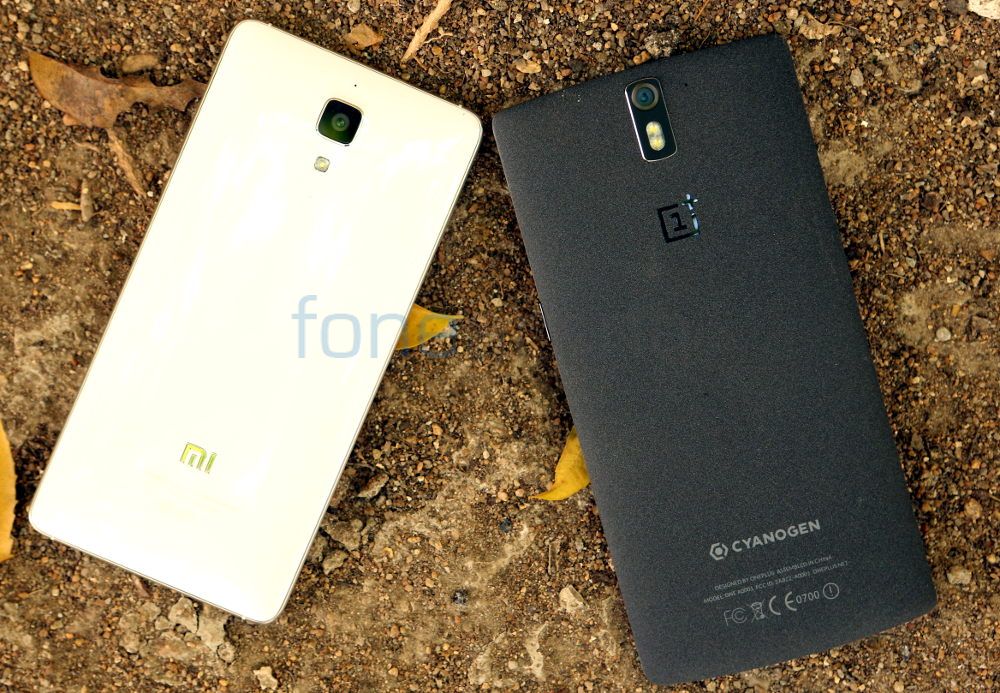 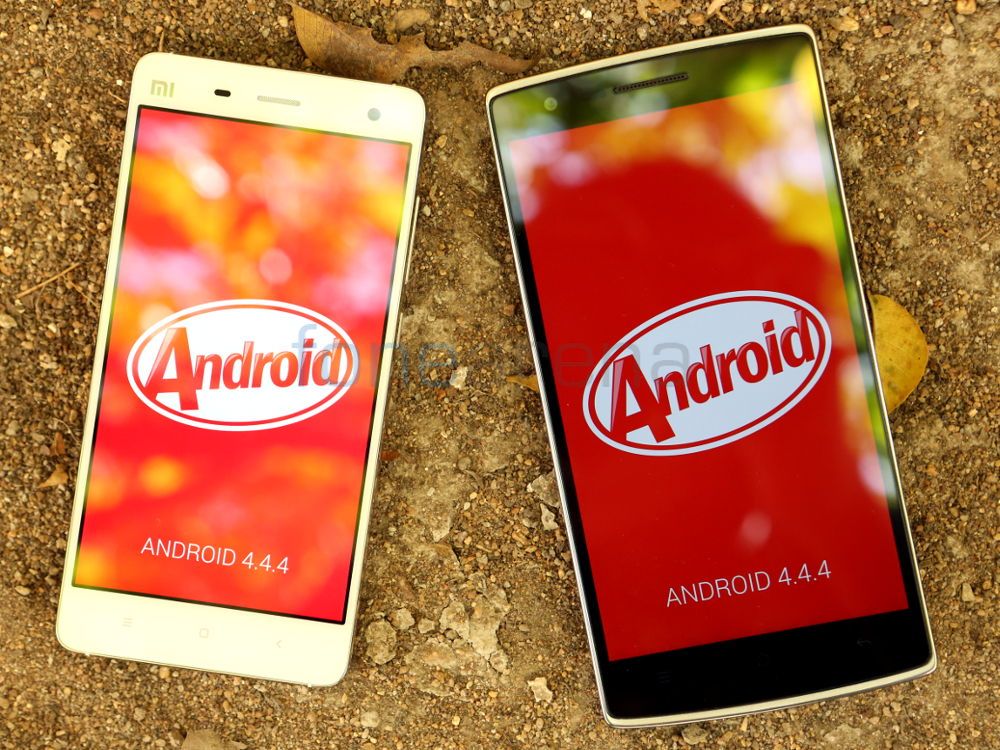 There is a 3080 mAh built-in battery on Mi4 and OnePlus One has a built-in 3100mAh battery. The Mi 4 comes in black and white colors in 16GB or 16GB variants with a range of back cover options. The OnePlus One comes with 16GB/64GB internal memory variants and also supports 4G LTE.