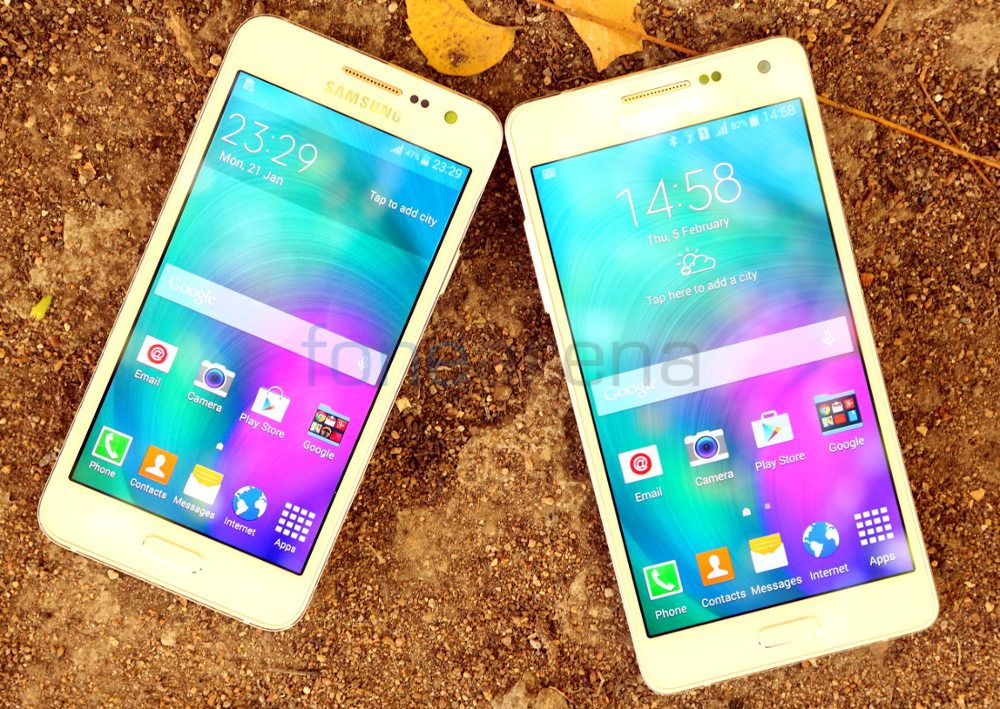 Samsung launched the Galaxy A3 smartphone in India last month for Rs. 20,500 and Galaxy A5 for Rs. 25,500. We have already seen unboxing and photo galleries of both the phones, now lets compare the two phones. 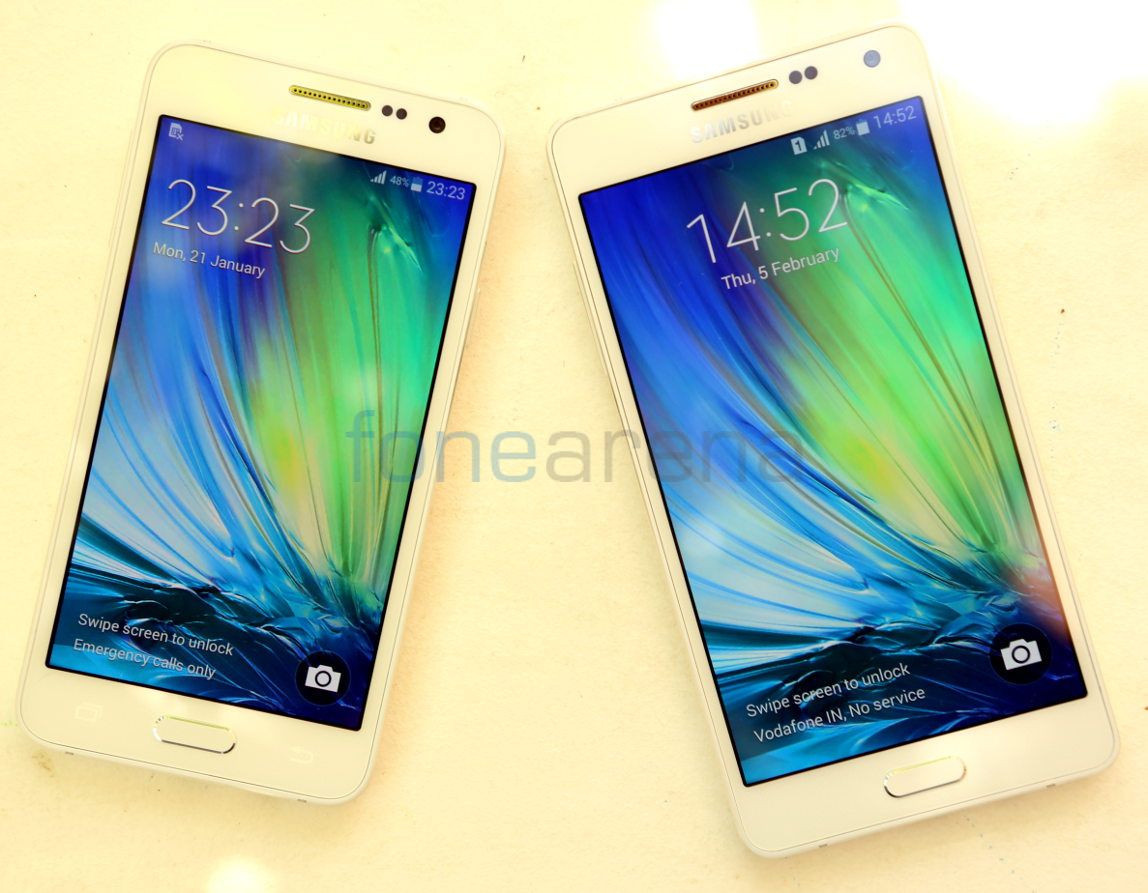 Both the phones have a 5MP front facing camera along with the proximity and ambient light sensors and earpiece.

Both the phones have a the traditional home button below the display, that is seen on Samsung devices along with the capacitive touch buttons on either sides. 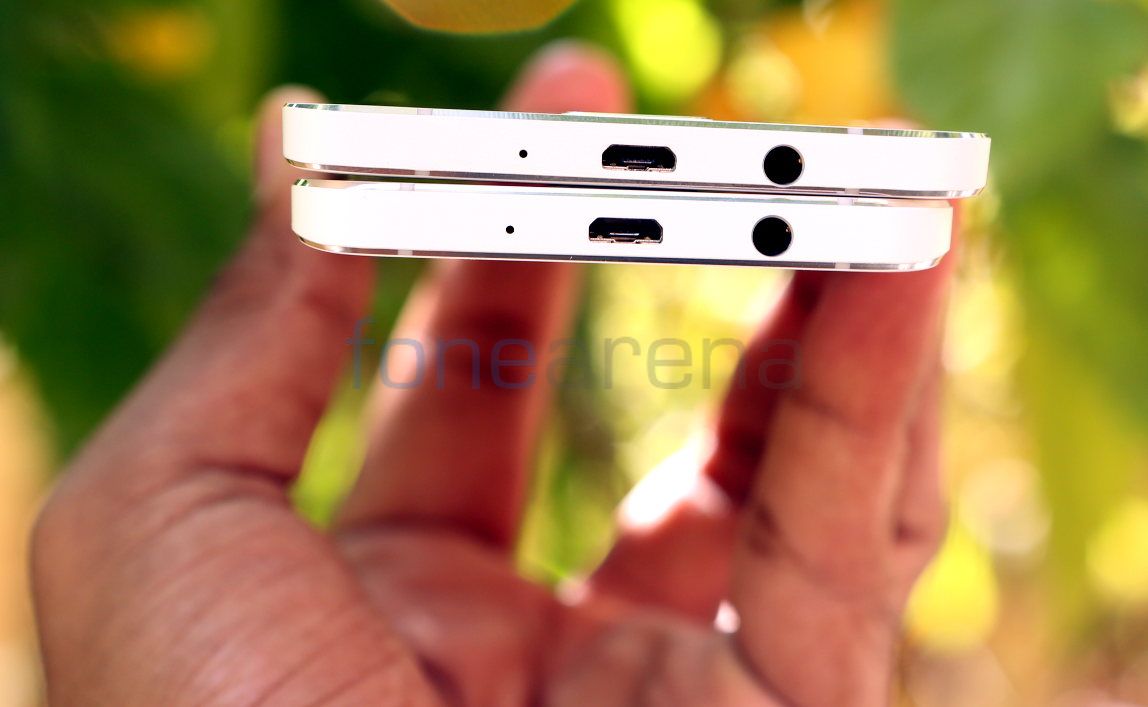 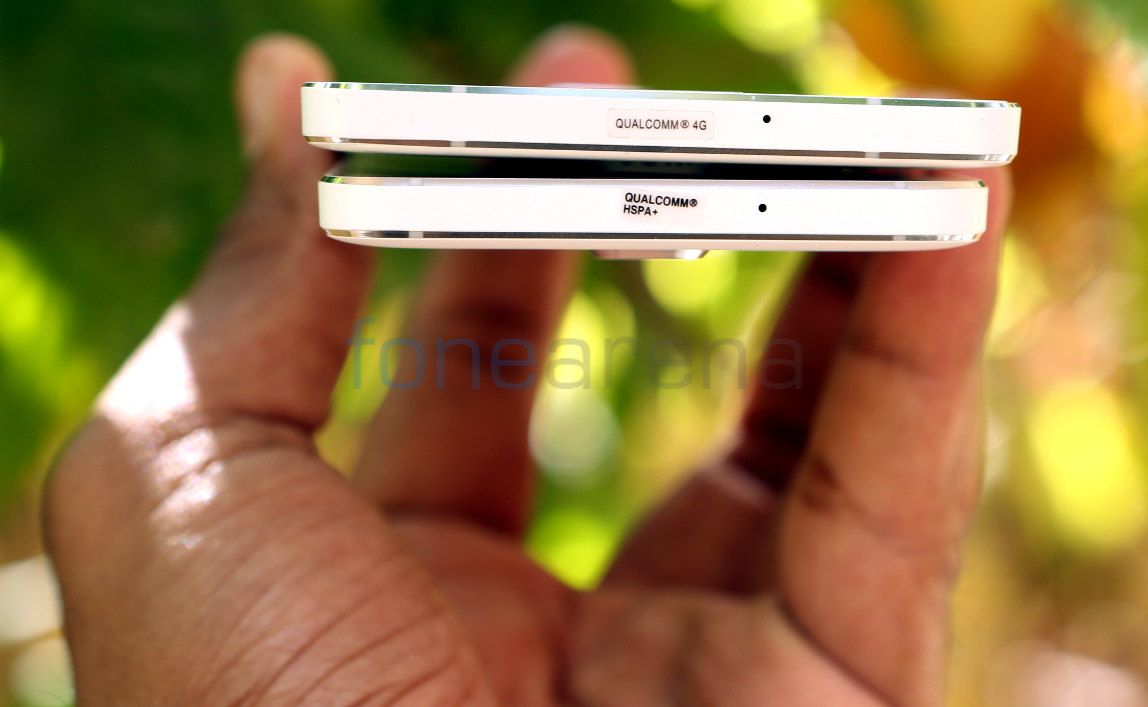 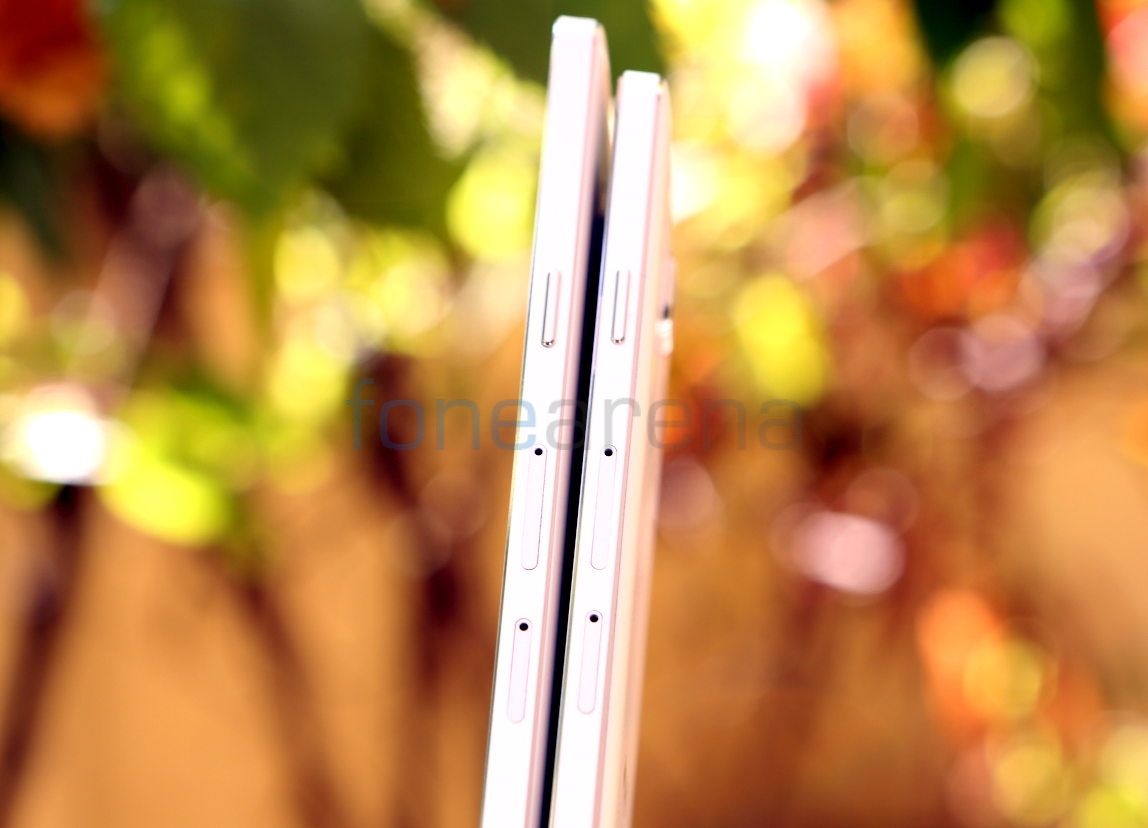 The power button, SIM and microSD card slots are present on the right side of both the phones. 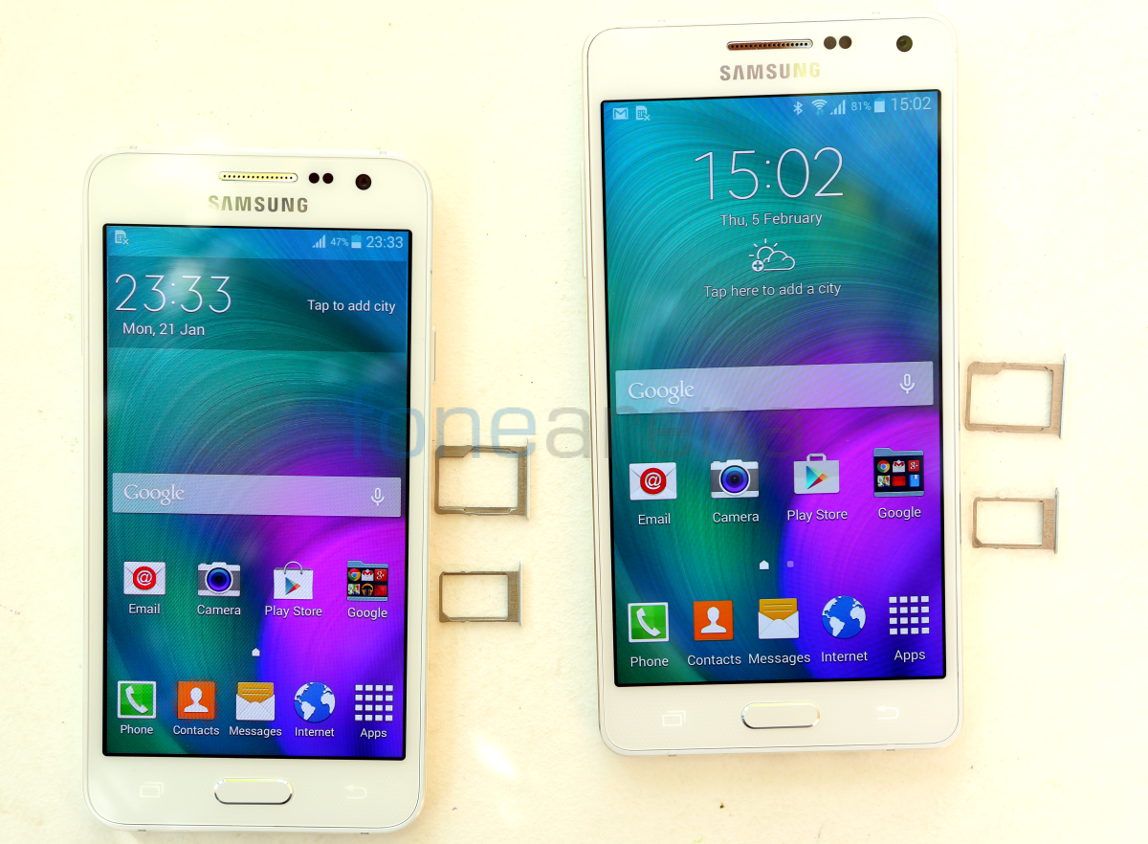 Both the devices come with dual nano SIM slots. The secondary SIM slot can also be used as a microSD slot when required. 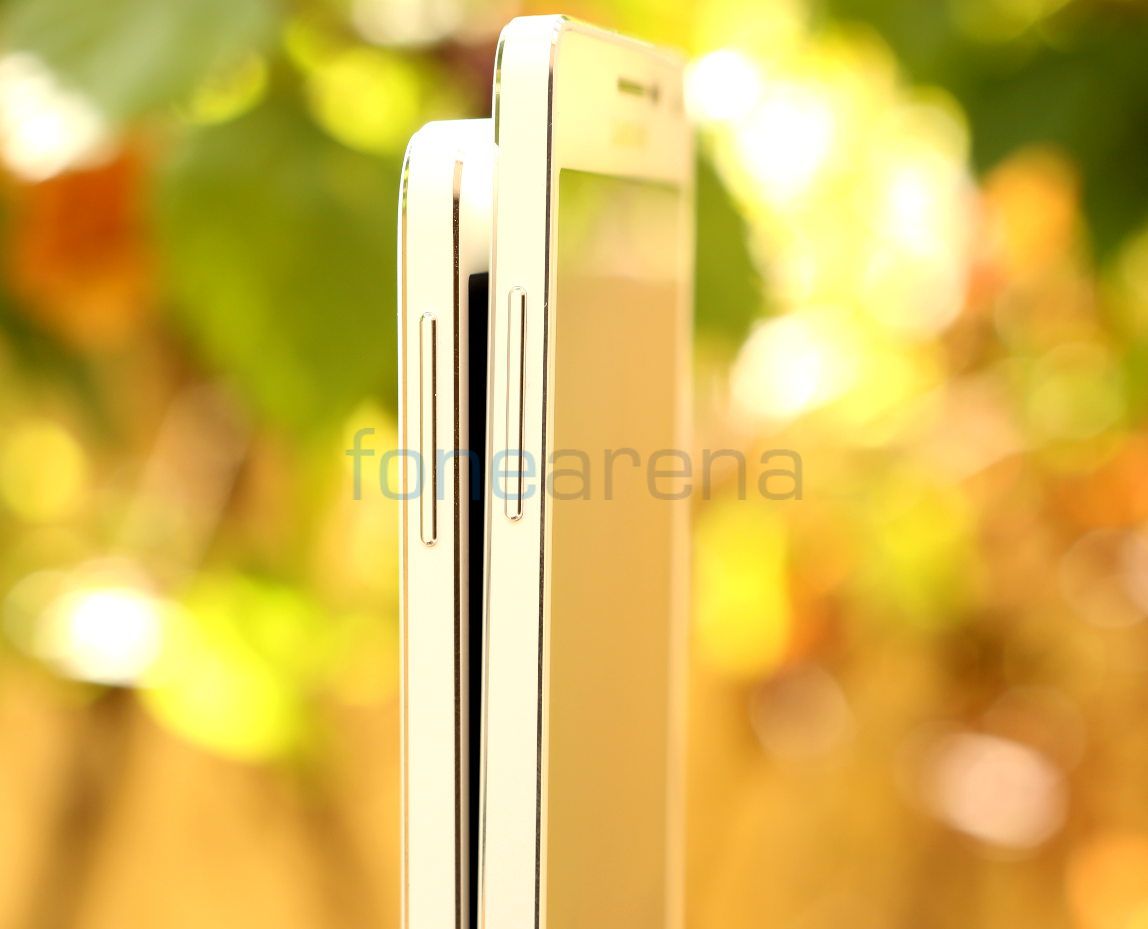 The volume rockers are present on the left side of both the phones. 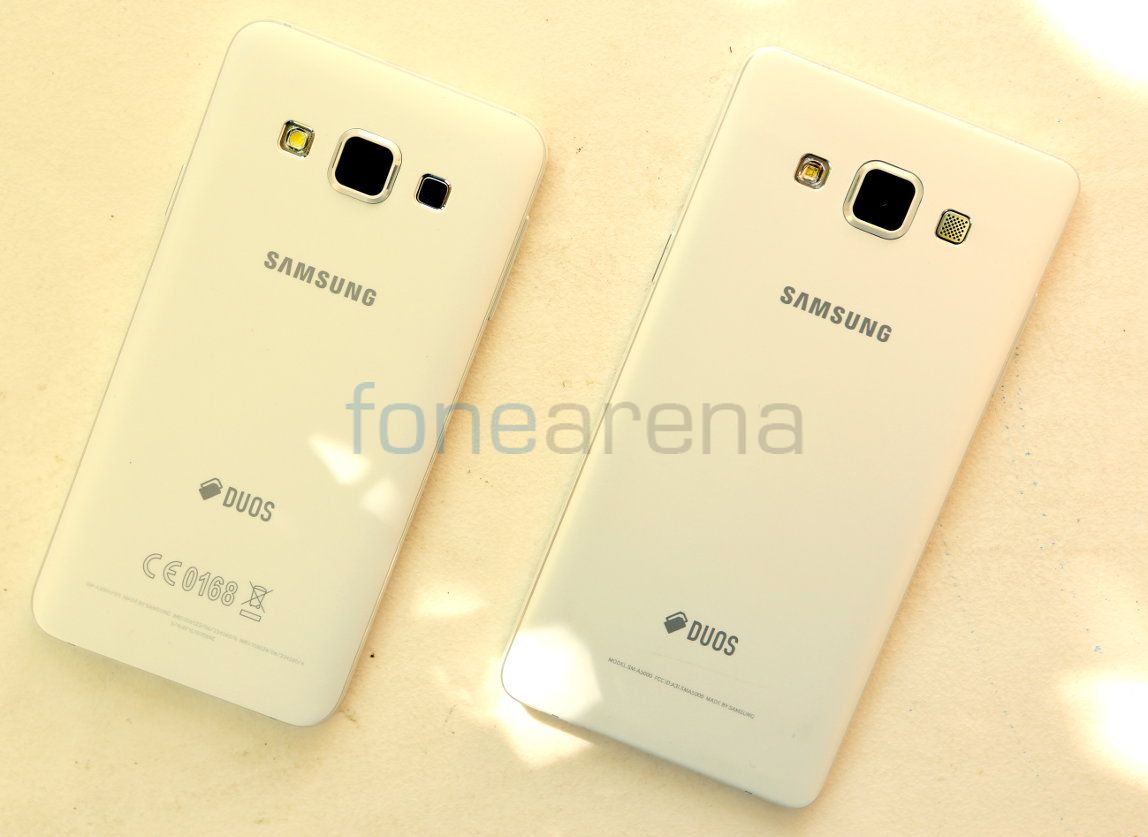 The A3 has 8MP rear camera with flash while the A5 has 13MP camera with flash. Both of them have loudspeaker grill next to the camera and Duos branding at the bottom. The A3 comes with 1900mAh built-in battery and supports connectivity options like 3G HSPA+, Wi-Fi, Bluetooth 4.0, A-GPS. The A5 on the other hand has a 2300 mAh battery and supports 4G LTE / 3G, Wi-Fi802.11 a/b/g/n, Bluetooth 4.0, A-GPS/ GLONASS. 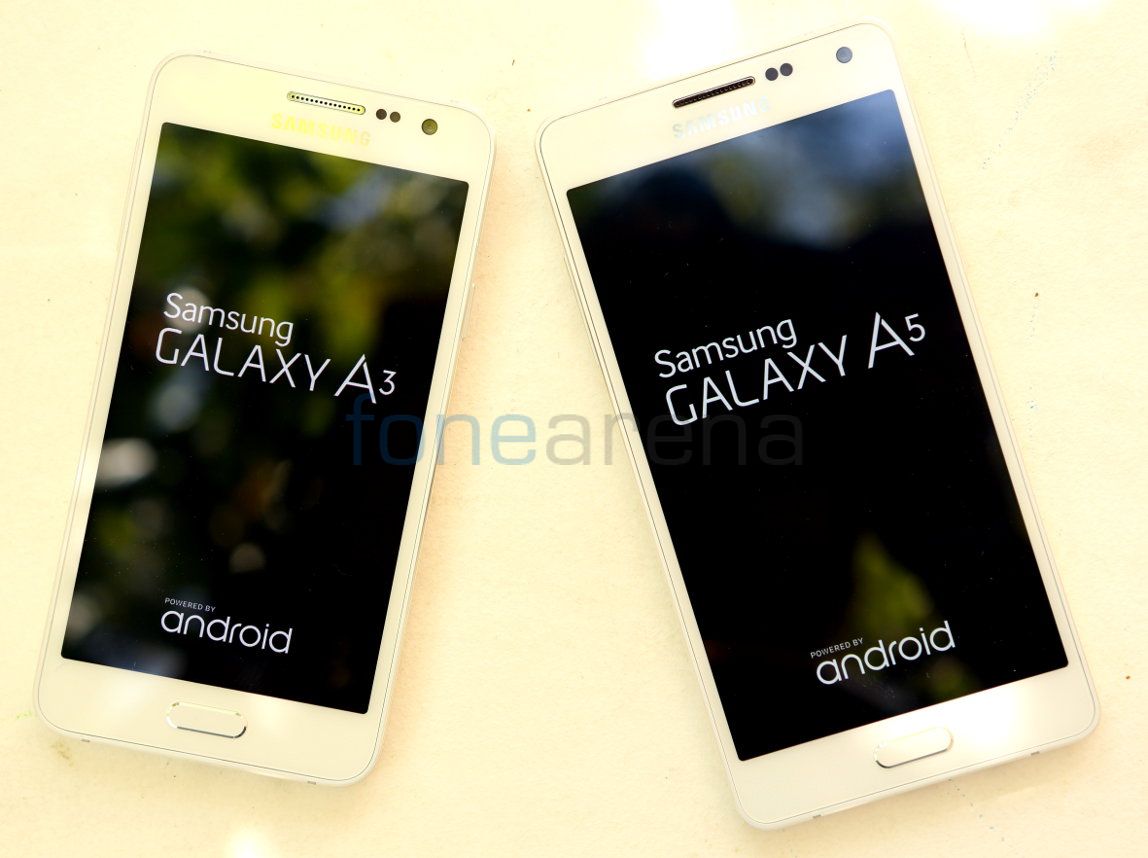