A brand new render image from the popular leakster @evleaks on Twitter is showing the real look of the HTC One M9. The leaked image shows not one but two variants of the One M9. 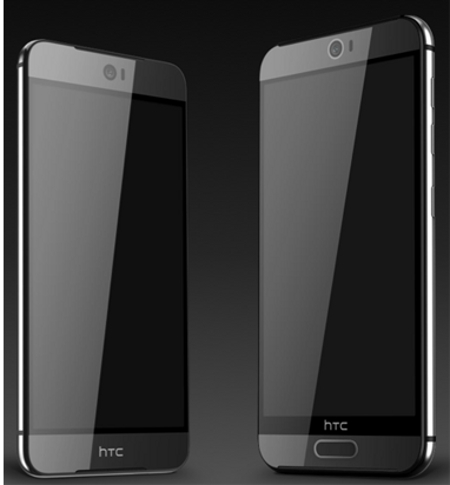 As per the images, the larger variant of the phone which is being touted as One M9 Plus, sports a physical home button and the smaller one does not. It seems that the larger version of HTC’s new phone will have a Samsung-like home button that may also serve as a fingerprint scanner. The design of the One (M9) appears in line with recent rumors, sporting redesigned BoomSound speakers that are slits at the top and bottom of the device’s face, as well as a centered front-facing camera.

Unlike last year’s HTC One, the new devices seem to feature all-glass front panels. The original M9 has the HTC logo just above the speaker on the bezel while it is present on top of the physical button on the larger One M9 device. It seems as though HTC is following in Apple’s footsteps with the launch of two different versions of its all-metal flagship phone.

HTC One M9 that has been leaked several time in images will be unveiled on March 1 at MWC. We will have to wait and see till the event what surprises HTC has under its kitty.