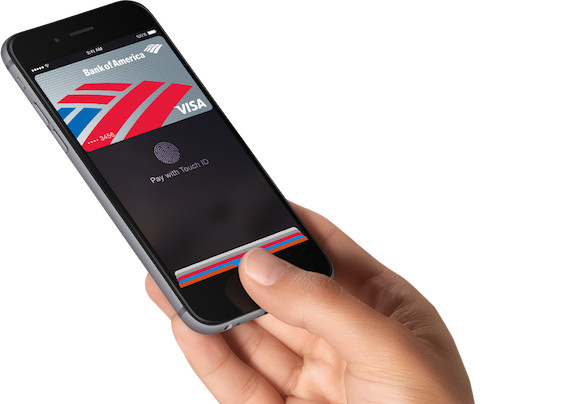 Having launched in the USA earlier this year, Apple Pay is set to roll out across international markets from early next year. According to The Telegraph, the Cupertino-based giant is in talks with UK banks to bring Apple Pay to the UK early next year.

According to their sources, the negotiations are proving difficult as their are concerns over which information the company will be able to access. The unnamed bank – which is one of the biggest banks in the UK – is understood to be uncomfortable with amount of personal and financial information Apple wants to collect and store about its customers. The sources also claim that executives fear that the amount of information Apple will hold could lead to an expansion into the banking industry.

Apple Pay was launched alongside the iPhone 6 and iPhone 6 Plus and takes advantage of the new NFC-based chip in the handsets. The feature means the iPhone range finally offers mobile payments and initial feedback from the USA suggests that the service could be the answer to the UK banking industry’s attempts to persuade customers to pay with their mobile device.

Apple Pay certainly isn’t a new feature as NFC-based payments have been present on mobile devices for the past couple of years. Google, PayPal and mobile networks (such as EE with Cash On Tap) have all attempted to persuade customers to adopt mobile payments but the fragmentation of such solutions has meant that they’re yet to be really adopted.

Apple recently advertised a new job position for Apple Pay in Europe – before swiftly removing the advert after the position was widely reported online – and all of these factors suggest a UK release for Apple Pay is only a few months away. One potential discussion that Apple could yet have is with London Underground to ensure that Apple Pay enabled devices can be used to pay for travel on London transport.

Would you use Apple Pay in the UK? Let us know in the comments below.