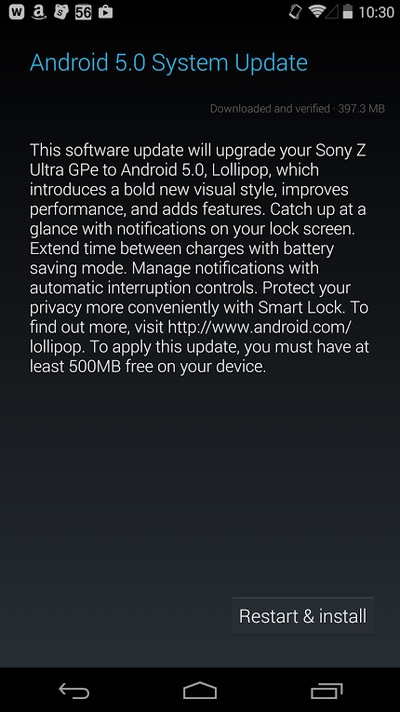 [Update]- Sony has officially rolled out the Android 5.0 Lollipop update to Sony Z Ultra GPe and it will roll out to everyone this week.