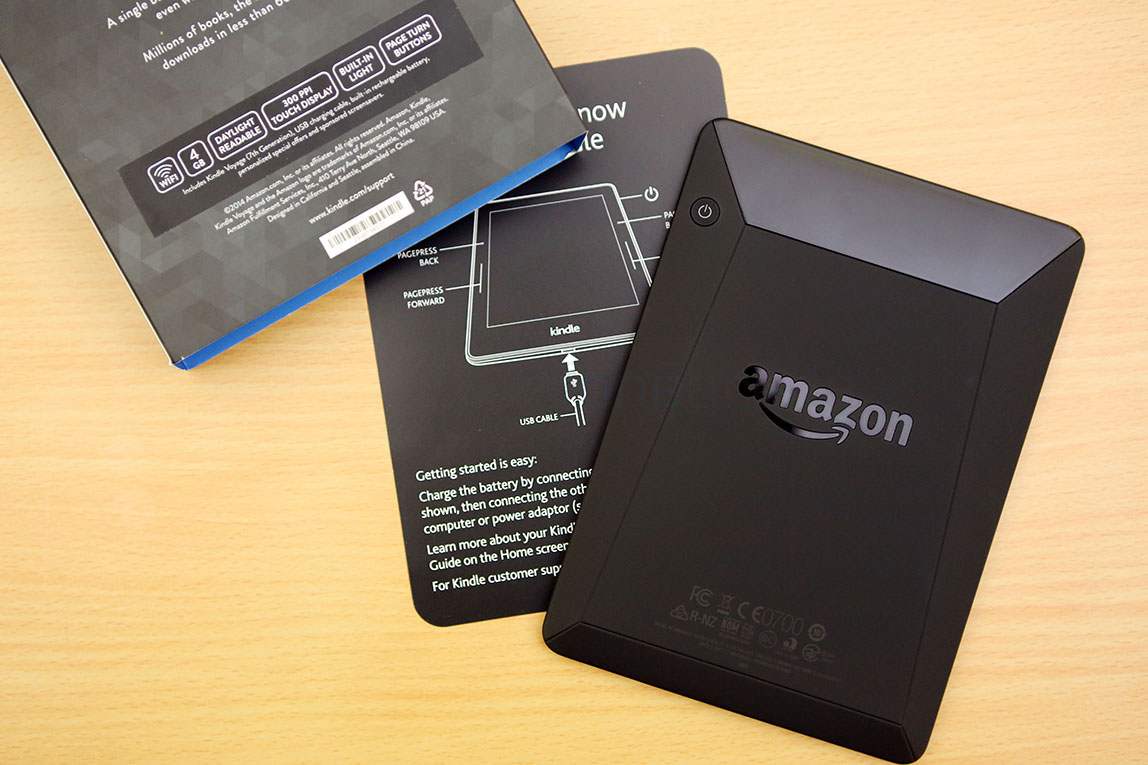 Amazon introduced the Kindle Voyage, the company’s latest flagship eReader with a 300 ppi display and several new features. It starts at US$199 for the base WiFi version with special offers in the U.S., bit costly compared to other Kindle eReaders from Amazon. Check out the unboxing below. 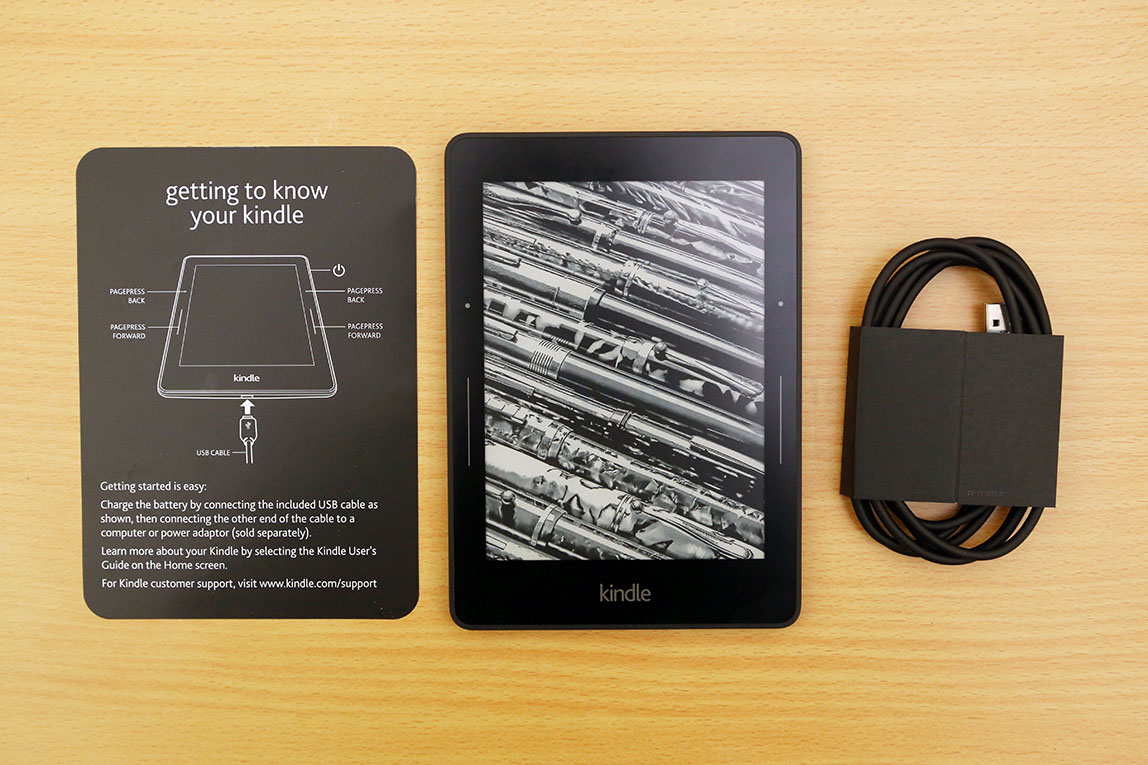 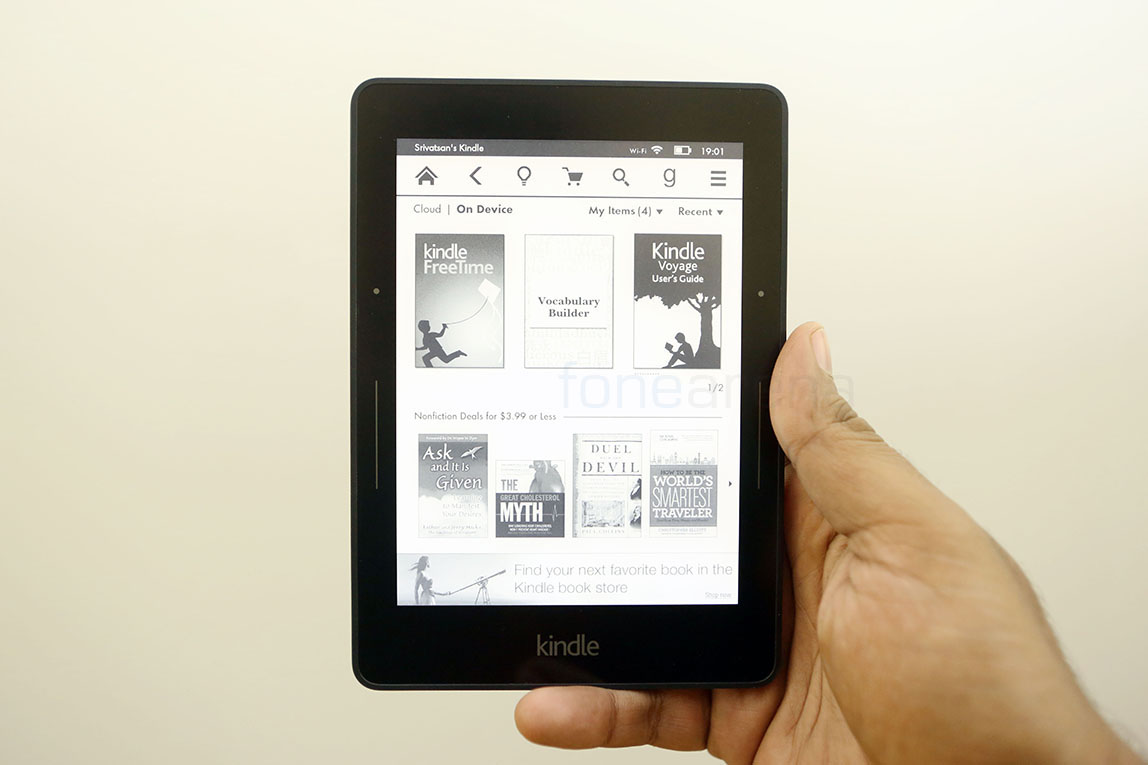 The 6-inch 300ppi screen is sharp and the viewing angles are brilliant. It has flush-front display with a scratch-resistant glass. It has PagePress page turn buttons on either sides of the bezels that offers haptic feedback when pressed and features a light sensor for auto brightness adjustment. 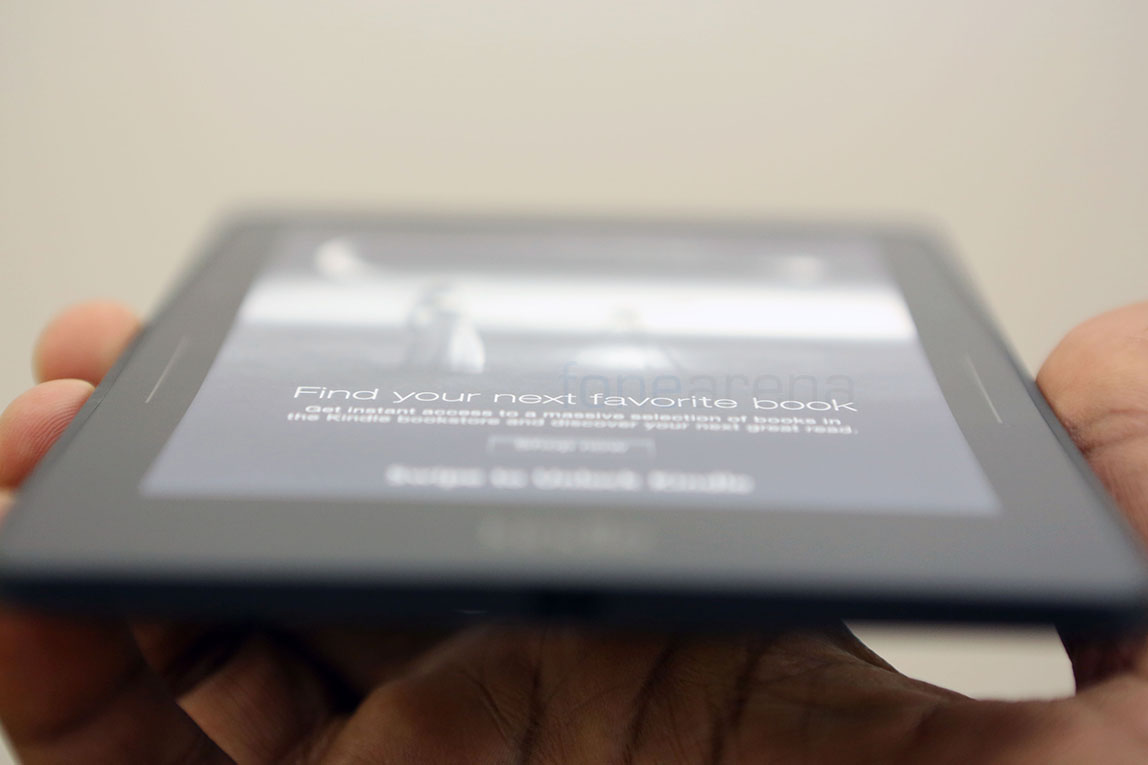 It is just 7.6mm thick, making it the thinnest Kindle yet. It weighs 180 grams for the WiFi version and the 3G version weighs 188 grams. 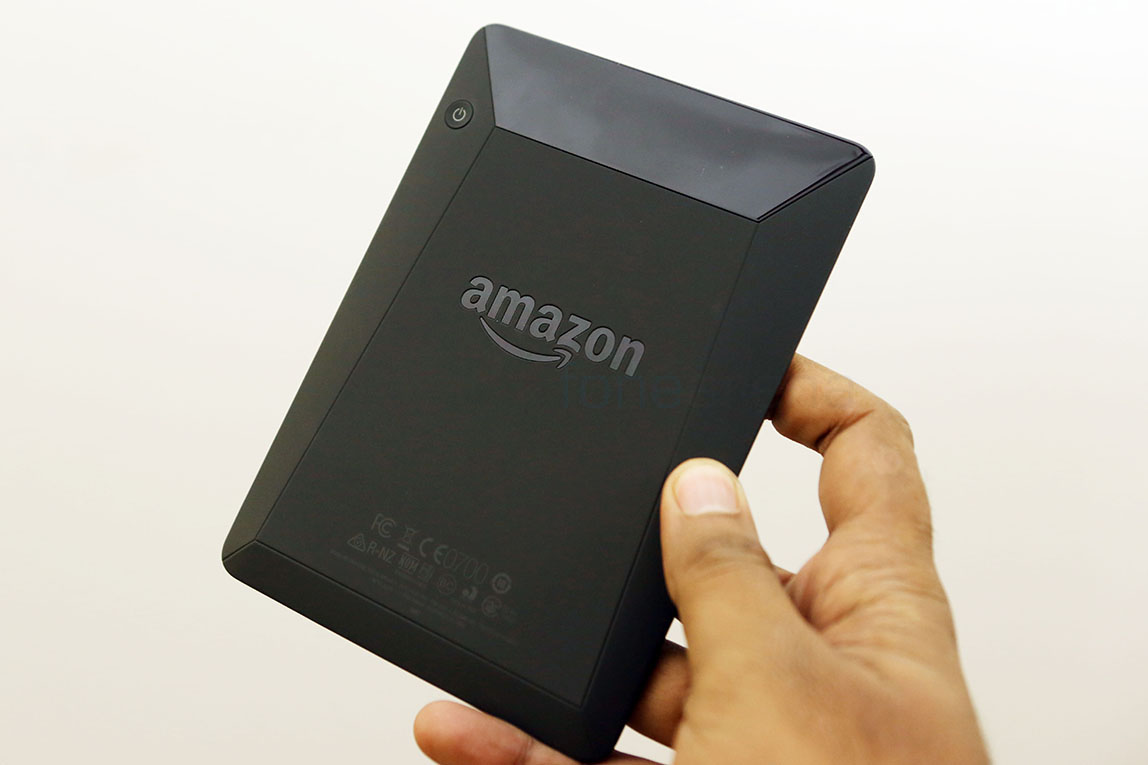 The power button that was present on the bottom in other Kindles have been moved to the back. It has magnesium back, which is strong and at the same time makes it light. As usual it has WiFi 802.11 b/g/n support and the memory has finally been increased to 4 GB, compared to 2GB on Paperwhite. It promises battery life up to up to 6 weeks (wireless off). It also comes in 3G version that starts at starts at $269. Amazon has not announced when it plans to launch the Kindle Voyage in India. We will be bringing you the complete review of the eReader soon. If you have any queries, let us know in the comments below.