Microsoft has teamed with Dropbox in order to improve integration between Microsoft Office and Dropbox. Users can now easily access Dropbox directly from Office apps and edit Office files from the Dropbox app. 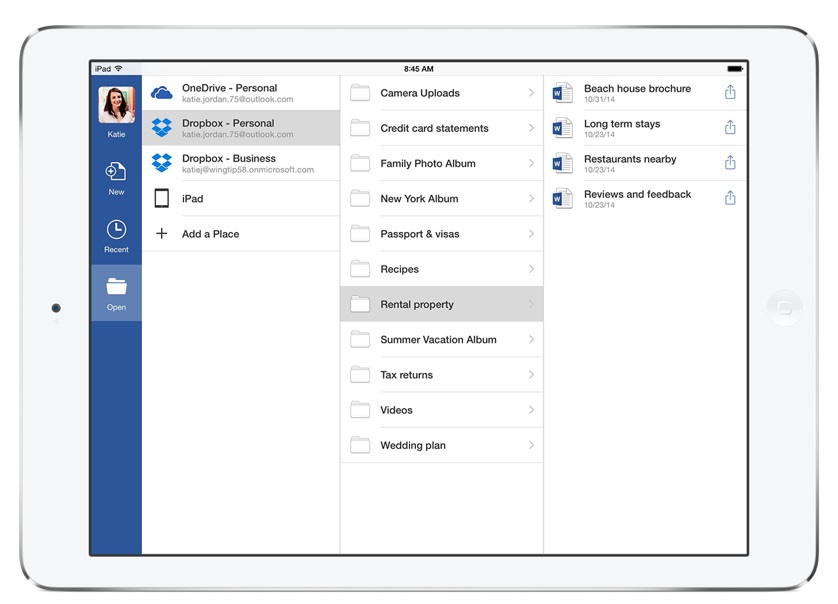 They can save, share and collaborate their Office 365 documents stored on Dropbox. The deal is not only restricted to Windows and users will be able to use their Dropbox account inside of Office on iPhone, iPad or Android tablet. These new features will roll out on iOS and Android “in next few weeks”.

“Once you’ve added your Dropbox account to Word, Excel or PowerPoint, you can navigate folders and files on Dropbox for viewing and editing in the native Office apps. And accessing Word, PowerPoint and Excel from your Dropbox app is just as easy. Navigate to the file you want, and the Dropbox app will open the Office app you need”

posted Office in a company blog.

Now, when you edit Office files from the Dropbox mobile app your changes will automatically be synced across all your devices. Users can even edit Word, PowerPoint and Excel documents right from the Dropbox app.  Dropbox for Business customers will also be able to take advantage of these new features as long as they also have an Office 365 subscription.