Google has released three animated ads that features the upcoming Nexus 6 and Nexus 9 devices. The company has teased the devices prior to its much expected launch tomorrow. 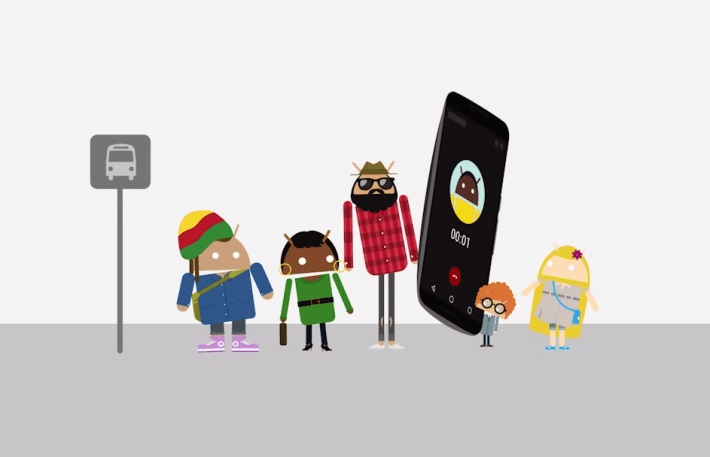 One of the ad feature 5 characters waiting on a bus stop when a small character takes out a huge phone out of his pocket which suggests the 5.9 inch screen Nexus 6. The slogan at the end of the ad reads “All kinds of phones for all kinds of folks”. It looks like Google is also positioning Android L in a new way as all the ads also carry a tagline “Be together, Not the same”.

The second ad features a bus ride where a girl is seeing carrying the large Nexus 9 tablet playing a song on high volume. This could suggest the stereo front facing speakers on the 8.9 inch Nexus 9.

Finally, the third ad does not feature any of the two devices but only mentions the tagline “Be together, Not the same”.

We will have to wait and see until tomorrow if Google will actually launch these much awaited devices.