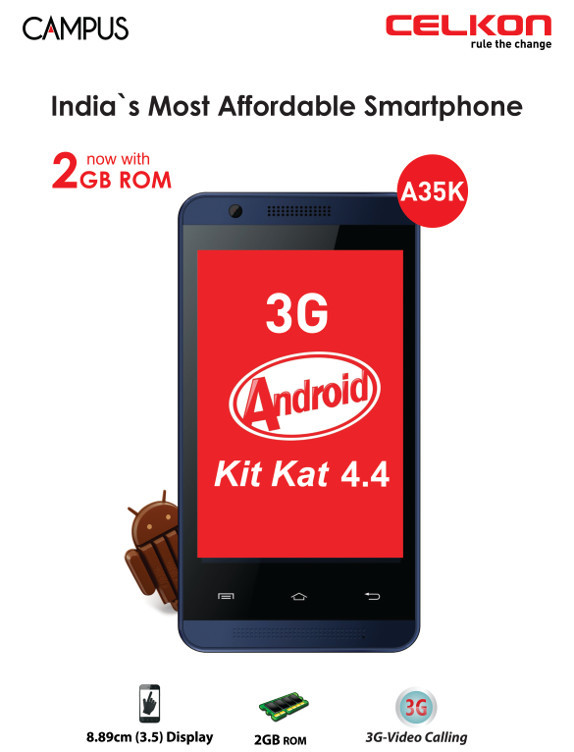 Celkon launched the Campus A35K, the company’s cheapest smartphone running on Android 4.4 (KitKat) and 3G support, back in June for Rs. 2999. It had 512MB of Internal storage, today the company has launched a variant of the smartphone with 2GB of internal storage. Other specifications of the smartphone are similar, including a 3.5-inch (320 x 480 pixels) capacitive touch screen display, 1GHz processor, 3.2-megapixel rear camera with LED flash and a 0.3-megapixel front-facing camera.

It has sold 400,000 units of Celkon Campus A35K smartphone till date, says the company. It emerged as a market leader in the segment, and it believes that increasing the memory would make the smartphone continue its number one position in this price segment. Lava did the same thing recently. It released the Iris X1 smartphone with 8GB of internal storage at the same price of the 4GB variant.