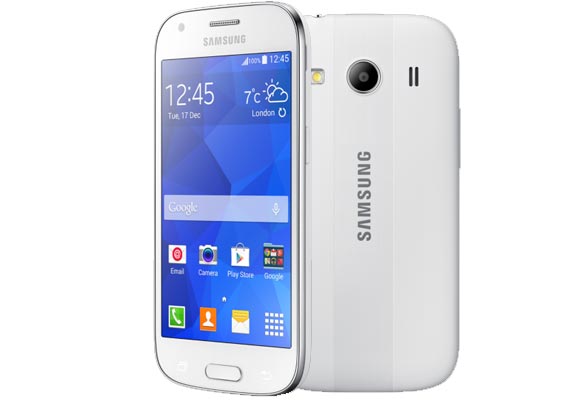 Priced at EUR 199 features a 4.3″ Super AMOLED screen with a 800×480 resolution instead of a TFT LCD display on the Galaxy Ace Style. The Galaxy Ace Style LTE runs Android 4.4 KitKat and is powered by a quad-core 1.2GHz processor. It has a 5 MP rear camera with LED flash, 1.3 MP front-facing camera, NFC,  1 GB of RAM, 4 GB of expandable internal memory which is expandable upto 64GB via microSD card. It has a 1900 mAh battery that can last for up to 11 hours of 3G talk time or 9 hours of LTE web browsing.