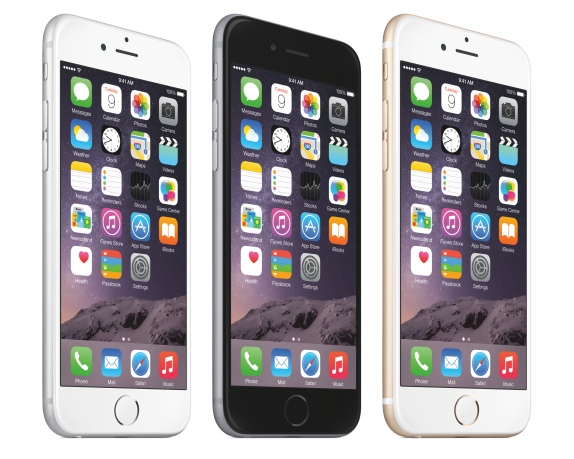 It has an 8MP iSight camera with 1.5 micron pixels, f/2.2 aperture, true-tone flash and a new sensor. It also has optical image stabilization (OIS) that is absent in the iPhone 6. It can capture panoramas up to 43-megapixels. It can capture 1080p videos at 30 or 60fps, Slo-Mo videos at 120 fps or 240fps. For videos it has cinematic video stabilization.

It also has a new 1.2-megapixel FaceTime HD camera on the front with 720p HD video recording, f/2.2 aperture and a new BSI sensor. It runs on iOS 8. The iOS 8 has been optimized to adapt apps for the large screen, and it even has 2-pane display in landscape mode and offers more information in some apps in portrait mode, compared to the iPhone 6.

The iPhone 6 Plus has an aluminium unibody design similar to the iPhone 6 and has metal stripes running on the sides for antennas. It is just 7.1mm thick. It has support for 150 Mbps LTE, 20 LTE bands that works with 200 carriers, VoLTE, Wi-Fi 802.11 a/b/g/n/ac and even has a new Wi-Fi calling feature. It has built-in NFC feature that combines with the Touch ID on the home button for Apple Pay that would let you pay or checkout with one tap from supported retailers and partners. It works with American Express, MasterCard, and Visa and would be available in the U.S. in October 2014

It packs a powerful battery, which would offer 24 hours of 3G talk time and up to 384 hours of standby. 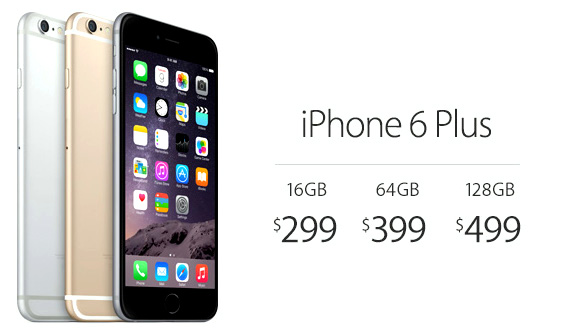 The iPhone 6 Plus is priced at $299, $399 and $499 for 16GB, 64GB and 128GB variants with a two-year contract. Both the iPhone 6 and iPhone 6 Plus come in Silver, Gold, Space Gray colors and would be available for pre-order on September 12th and goes on sale September 19 in the US, Australia, France, UK, Japan, Canada, Hong Kong, Singapore and Germany. It will be available across 115 countries globally by the end of 2014.