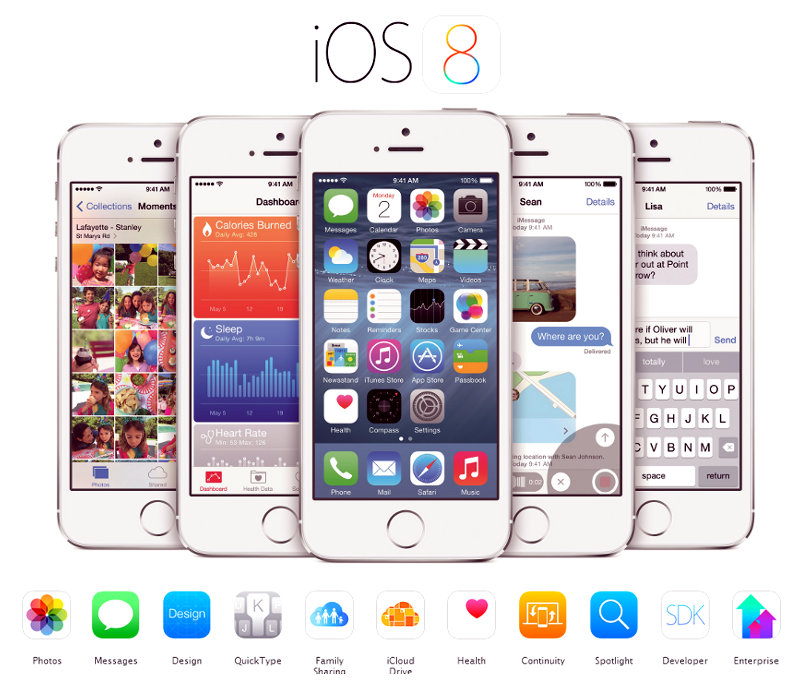 Apple announced the iOS 8 update, the next iteration of iOS at WWDC back in June. Today announced that iOS 8 will be released to the public on Wednesday, September 17, two days before the iPhones go on sale. The iOS 8 update brings iCloud Photo Library, new Health app, QuickType keyboard with new predictive text engine, new Messages app, new continuity feature with Handoff that lets you handle calls and SMS on the iPad and Mac.

It also brings new features for developers Homekit, Metal, Custom actions, App bundles and Trending search. Apple has also opened up the keyboard to developers so that you can install a custom keyboard and use it systemwide. It brings expanded security and management improvements. You can read more about Apple iOS 8 here.