LG has taken wraps off LG Smart Home that boasts of connected appliances which can be accessed with your smartphone. In addition, the company has revealed HomeChat that lets you control these smart appliances with a phone. 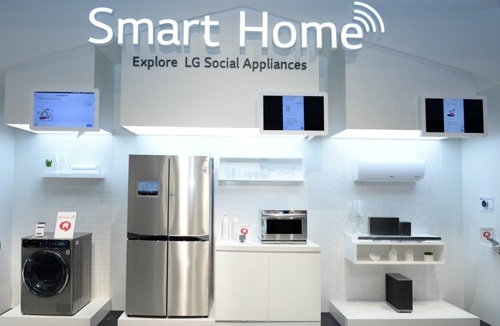 LG had first announced HomeChat at CES 2014 that uses technologies that take advantage of Natural Language Processing(NLP) and will allow the users to communicate, control, monitor and share content via their smartphones.LG Smart Home is built around the idea of unifying multiple smart appliances into a single, cohesive system.

The Smart Home feature encompasses three separate but interrelated themes. First up is, Supreme Trust that covers home monitoring, energy management and Smart Diagnosis. This is followed by Thrilling Burst which refers to LG’s Smart Hi-Fi Audio Wireless Multi Room system while the third and last one is Eminent Conversation that comprises of tailored recommendations and useful one-touch modes including Vacation, Leaving Home, Grocery Shopping and Coming Home. 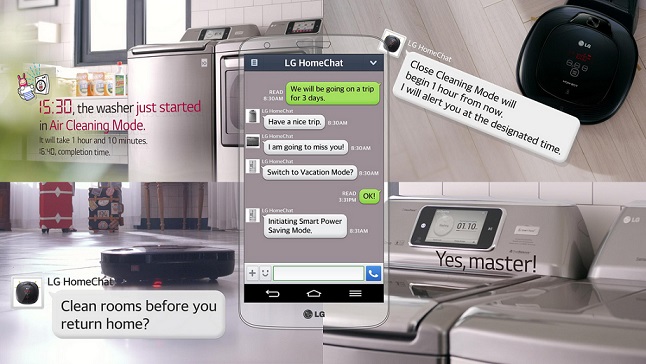 LG Smart Home is compatible with existing open platform smart home systems, as well as appliances and devices from different manufacturers through open protocols such as AllJoyn, the open source software sponsored by AllSeen Alliance. AllJoyn keeps users informed of their LG smart appliances’ operational status so as soon as the washer has completed a load, for example, the user will automatically receive a notification on their LG Smart+ TV featuring webOS. LG Smart Home will also integrate with products from Nest which will launch in North America later this year.

Some of the smart appliances in the Smart Home are  refrigerator, washing machine, HOM-BOT SQUARE robot vacuum, microwave oven