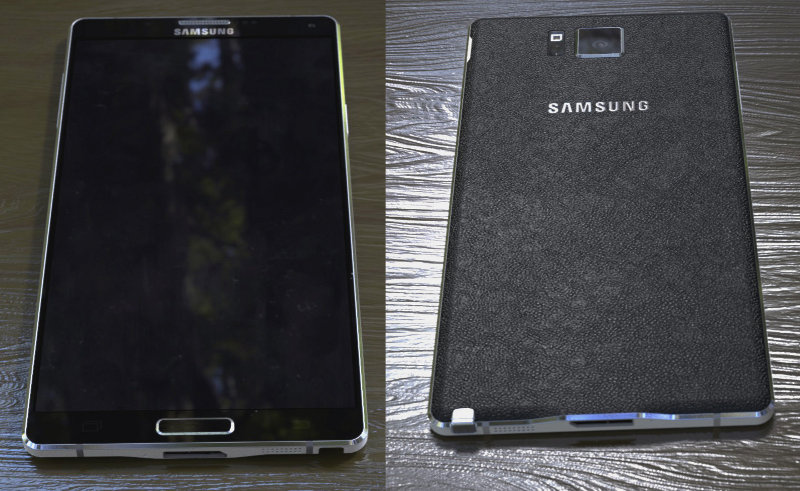 The heart sensor that we saw on the Galaxy S5 is also seen on the the Note 4 situated next to the camera. As per the images, it looks like the phone will have metal side frames that were recently spotted on the Galaxy Alpha. Moving on, speaker grill and microUSB 3.0 port can be seen at the bottom of the phone. In addition, the S Pen holder appears to be located at the bottom-right edge corner. 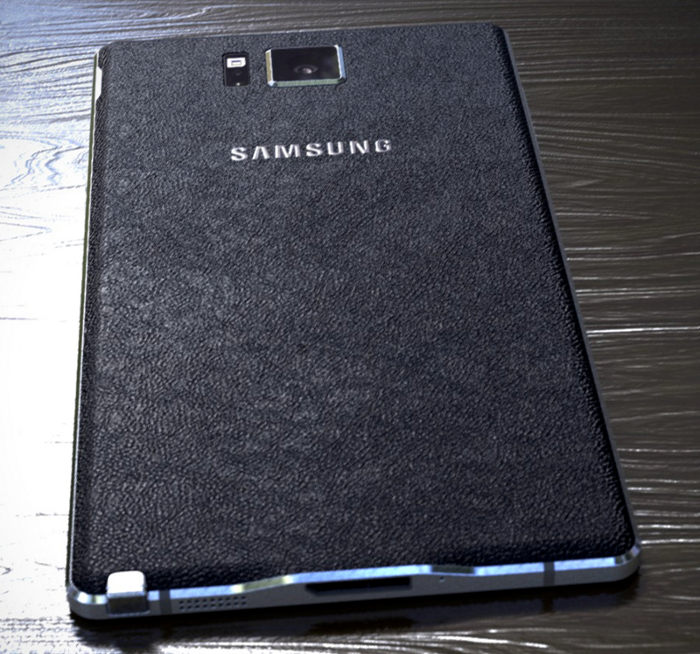 The Galaxy Note 4 is expected to feature a 5.7-inch high-resolution display, similar to the Galaxy Note 3. The smartphone is said to run on Snapdragon 805 processor with 3GB RAM and come with 32 and 64GB internal storage options. It will likely also have 16-megapixel rear camera, 3-megapixel front-facing camera and a minimum 3,000 mAh battery. 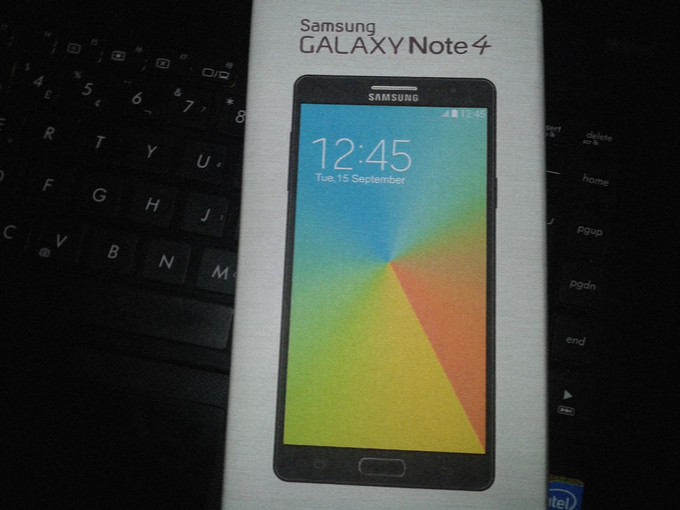 Meanwhile, Phonearena has revealed the retail box of the Galaxy Note 4 boasts of the image of the phone which resembles to the ones  leaked.