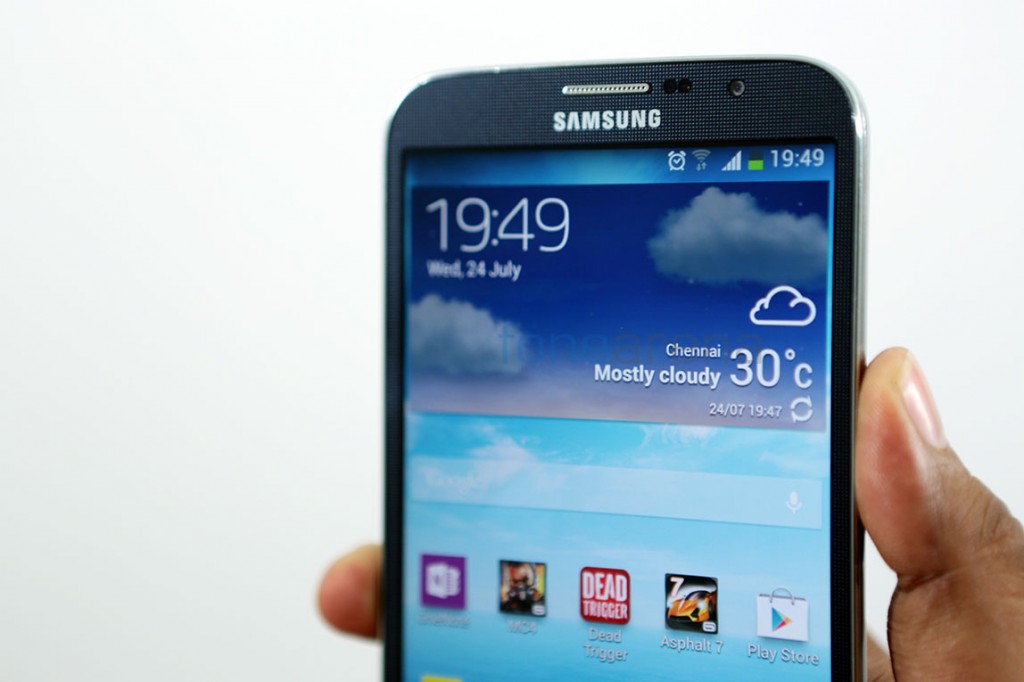 Samsung Galaxy Mega 2 (SM-G750A) has been spotted at FCC. This confirms the existence of the device, even though the benchmarks have already been leaked through the  GFX Benchmark database. The FCC filing reveals the height and the width of the smartphone as 164.4 x 85 mm, so it would be bigger than the Mega 5..8. It also reveals LTE support and NFC. The UAProfile on the official website confirms the HD display and Android 4.4 (Kitkat).

Samsung unveiled the Mega 5.8 and Mega 6.3 back in April last year. We had not seen a large-screen smartphone from the company since then. Samsung concentrated more on tablets with voice calling capabilities instead. Since the smartphone has passed FCC, we should see the smartphone soon.