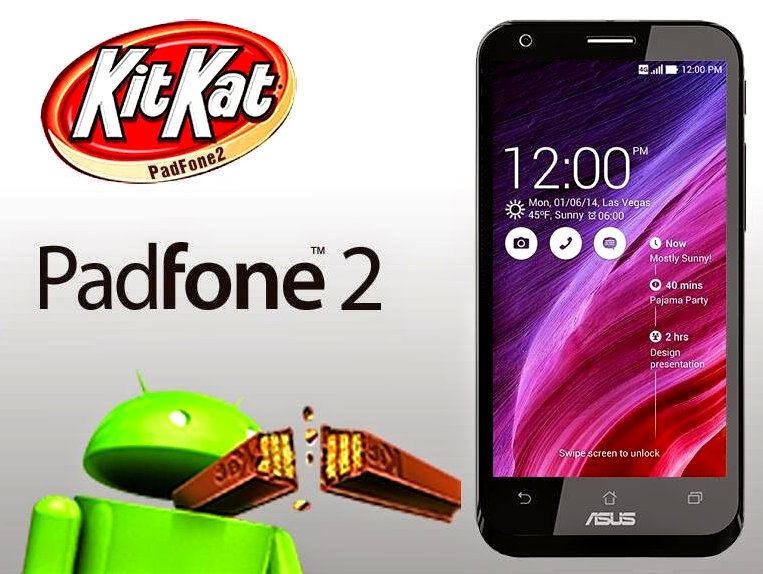 Asus has released the Android 4.4 (KitKat) update for the Padfone 2, the company’s second Padfone device that was launched back in 2012, as it promised earlier this year. The KitKat update also brings new Asus ZenUI 1.1 with a new user interface. The ZenUi brings clean layout, flat icons, new color themes, animations, new ringtone and notification tones. ZenUI also has two features, What’s Next and Do It Later.

The Asus Padfone 2 got the Android 4.1 (Jelly Bean) update back in December 2012. Asus is yet to roll out the KitKat update for the Padfone Infinity / Asus Padfone A80 that was also promised earlier this year.

The firmware update version 11.8.3.3 update for the Padfone 2 is 924.72 MB. It is not available over the air, but only through the Asus support site. You need to download the corresponding country variant or SKUs and download the ZIP image. Asus insists the users to back up the smartphone using Asus PC Tool since the update erases all the personal data from the phone. You can get the complete instructions regarding the updating procedure here (PDF).