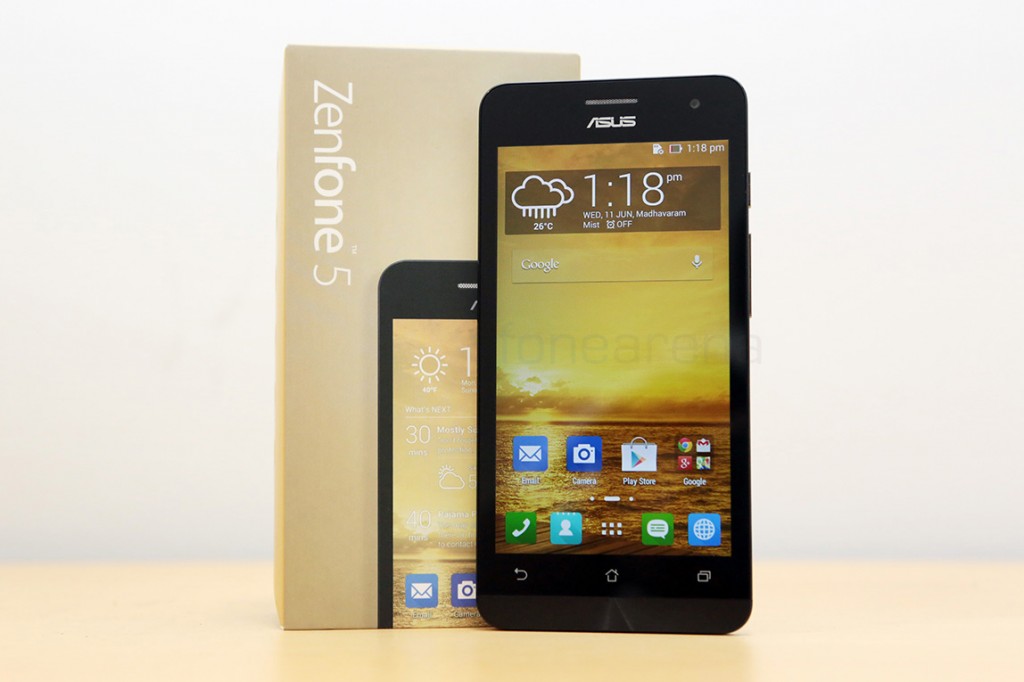 ASUS, the Taiwanese manufacturer, has been in the Android race for quite a while now, at times, experimenting with form factors and convergence. Niche markets aside, like any other company, ASUS also caters to the mass market crowd which just wants to pick up a smartphone. Along those lines, the company revealed three devices, with various screen sizes, ranging from 4 to 6 inches in screen sizes, but with identical user experience. These devices under the “Zenfone” range were announced way back in January during CES, but are only starting to appear in the retail market. We bought one off from a Taipei market, and here is our unboxing video to show the device off, to you –

As seen in the video, the box contents were pretty standard, with the usual inclusion of components and the odd extra sets of ear buds. All of them in a picture – 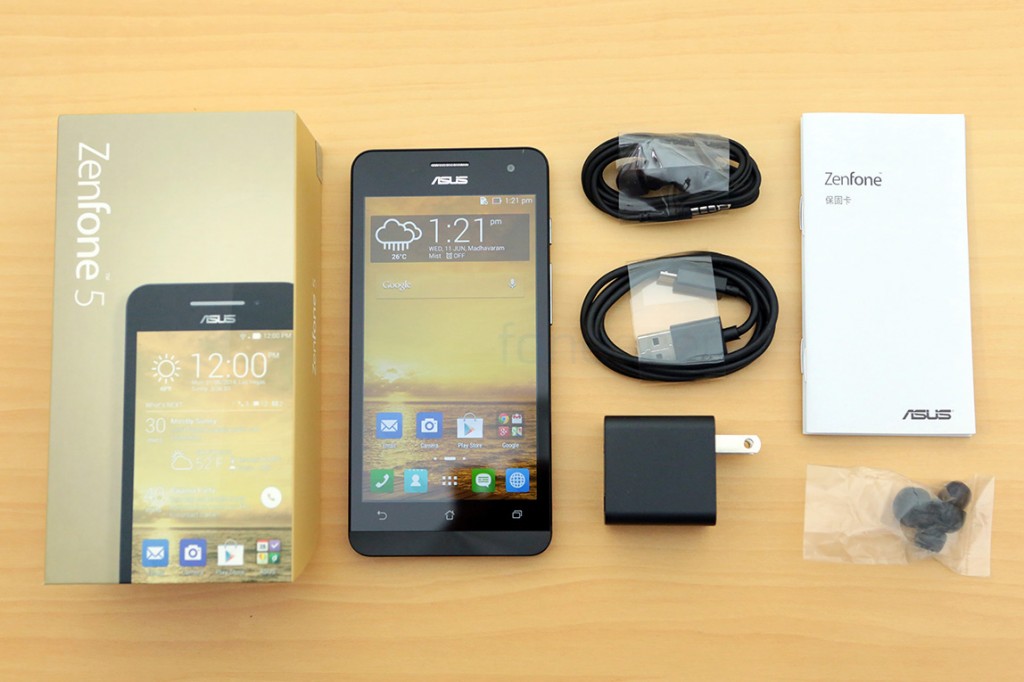 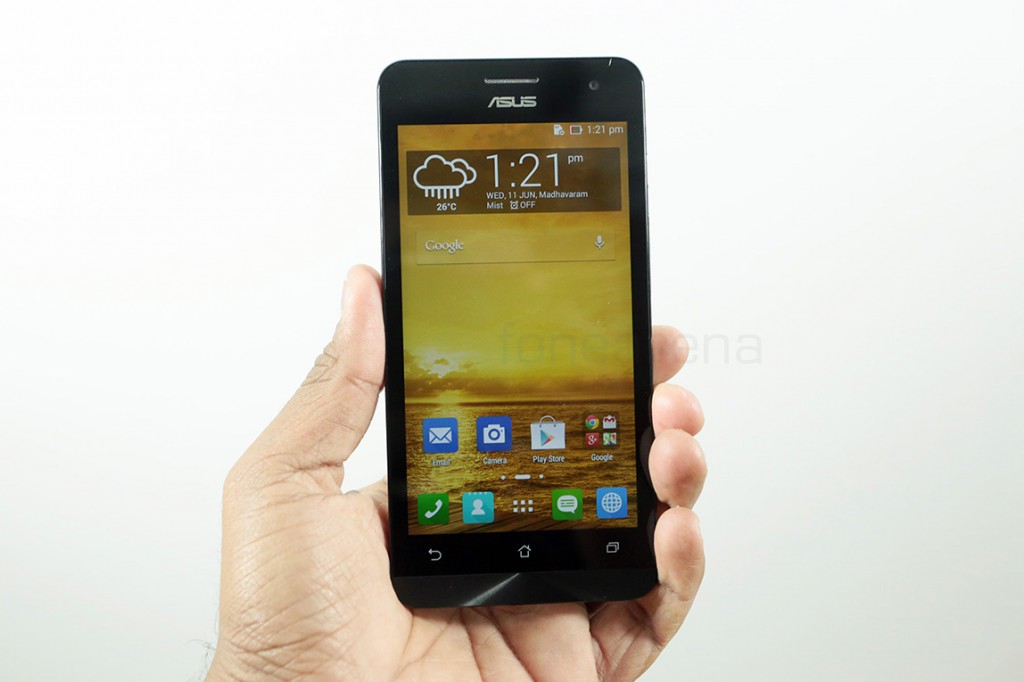 Occupying the middle ground between the other two Zenfones, the 5″ ASUS device sports a 720p screen that is capable of digitizer input. Powered by an Intel Z2580 processor, this might not be the fastest phone out there, but its performance is good enough for daily tasks. Internals aside, the phone actually looks and feels well made, as evidenced by the picture below. 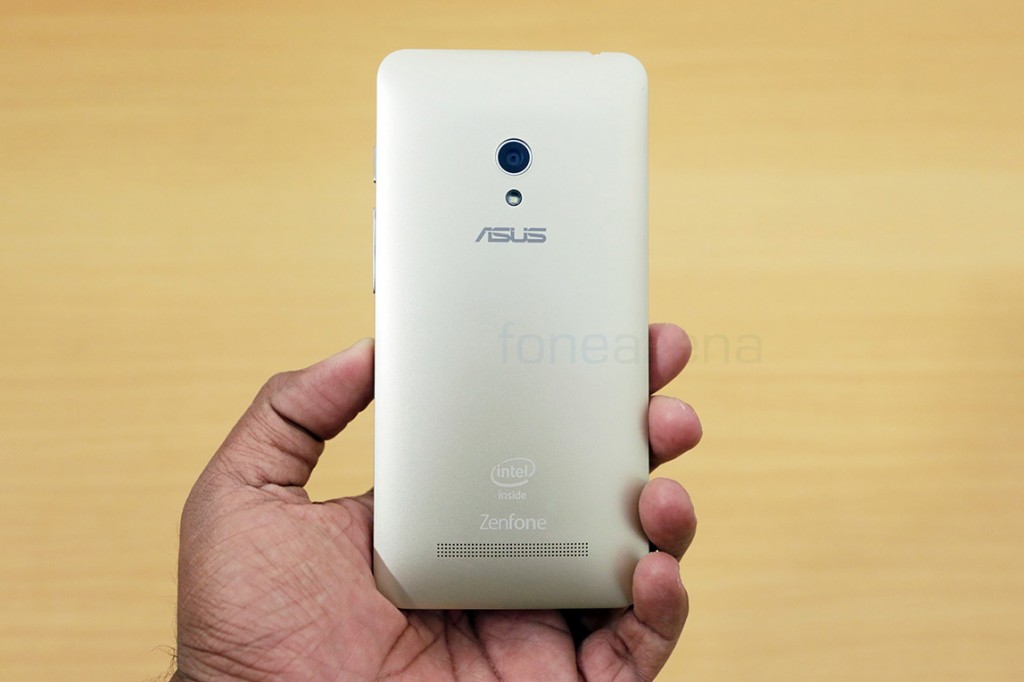 The back is slightly curved, lending a comfortable fit in the hands. The 8 MP camera on the back uses a BSI sensor and comes with optical image stabilization and the whole package is fondly called the “pixelmaster” by ASUS. The phone, although available really cheap in Taiwan, would be priced to compete with the likes of the mid range Micromax and Lava phones. So far, the phone, running a custom version of Android called “Zen UI”, has impressed us with its looks and general likeability, but we will be taking an even deeper look to see how it fares in our tests, later in the full review. So stay tuned for that, and until then, here are some more pictures from our unboxing of the Zenfone 5 –